(Minghui.org) A rally on July 14 in Madrid, Spain marked the 19th anniversary of Falun Gong practitioners' peaceful resistance to the persecution in China. Practitioners displayed the “Great Wall of Facts” on the lawn in front of the Chinese embassy, a display that was eye-catching under the baking sun. Drivers slowed down their vehicles to read the banners. Pedestrians stopped by to learn about the facts. They were shocked to learn about the human rights violations committed during the persecution. Some signed the petition calling for its end. 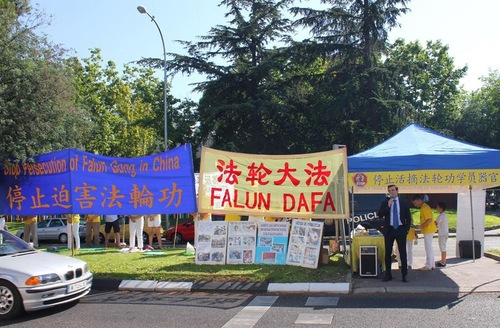 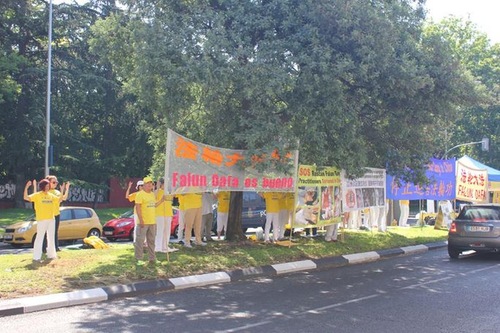 Rally in front of the Chinese embassy in Madrid on July 14.

Human Rights lawyer Carlos Iglesias condemned the 19 years of persecution by the Chinese Communist Party (CCP) and advised the embassy staff members not to harm Falun Gong practitioners by following the CCP policy. He told them that the CCP had committed crimes against humanity, including torture and genocide. Jiang Zemin, former head of the CCP who started the crackdown, has been sued in many countries including Spain. 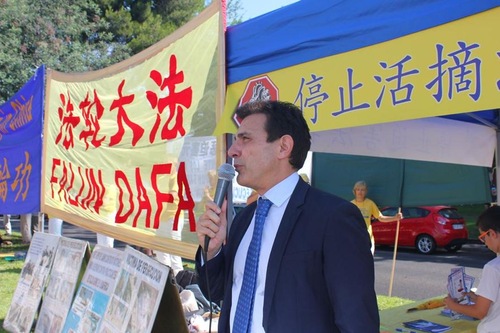 Mr. Iglesias presented an option for the Chinese embassy staffers—cherish the free environment outside of China, get to know the facts about Falun Gong, and resist the CCP's persecution of kind people. 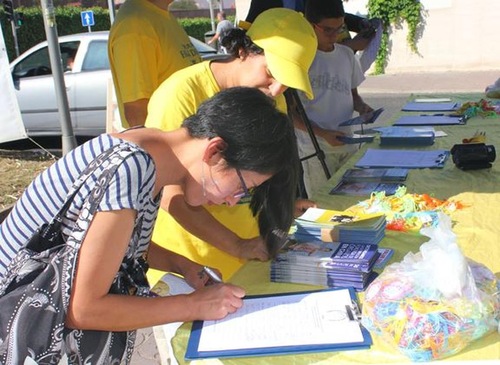 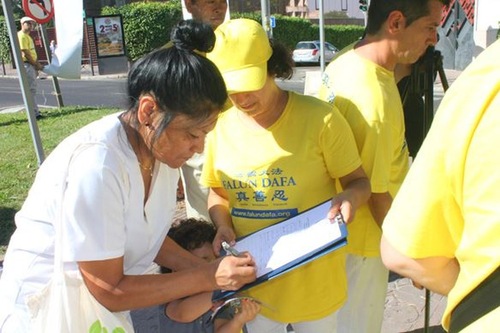 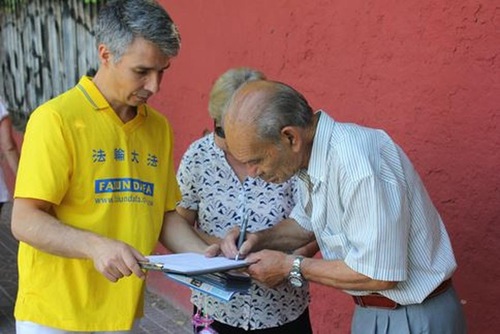 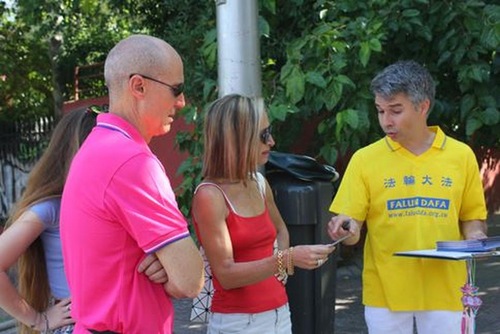 Spaniards signed the petition calling for the end to the persecution.

A woman stopped by and said that she had watched a documentary about organ transplants, therefore knew some facts about the persecution. She signed the petition to support Falun Gong practitioners.

A man told practitioners that he knew about the evilness of the CCP and had written to a newspaper to expose its crimes. He and his wife both signed the petition.

Many drivers honked to express their support of Falun Gong practitioners. Some gave practitioners a thumbs up.

“Texas: Petition in Dallas Calls for Ending Persecution in China”

“Group Exercises in Berlin Call for Ending Persecution in China”