(Minghui.org) For the 4th consecutive year, the Tian Guo Marching Band was invited to the National Day parade in Xihu Township, Changhua County on October 10, 2018. As in prior years, the band was warmly received by spectators along the length of the parade route.

Spectators took video footage and photos of the band and many said that they hoped that the band would be back again next year.

All of the musicians in the Tian Guo Marching Band practice Falun Dafa (also called Falun Gong), a self-improvement practice consisting of meditation, exercises and living according to the principles of Truthfulness, Compassion and Forbearance. 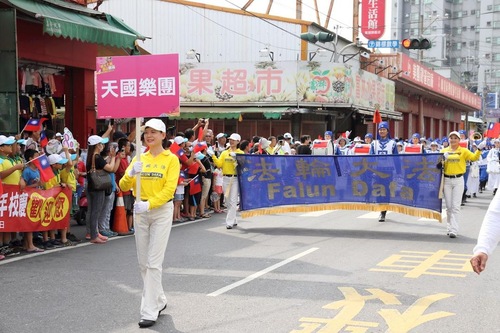 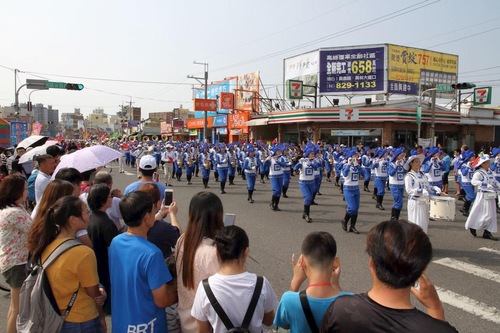 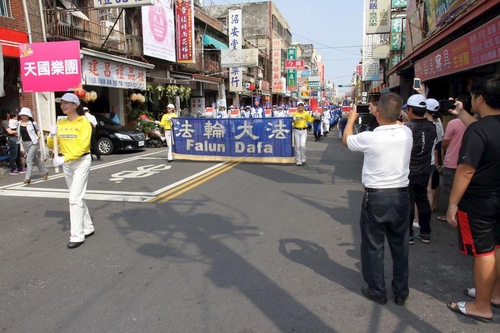 The music of the Tian Guo Marching Band often elicits such praise as “spectacular,” “a band we can learn from,” and “full of energy,” by the public, other band directors and government officials. 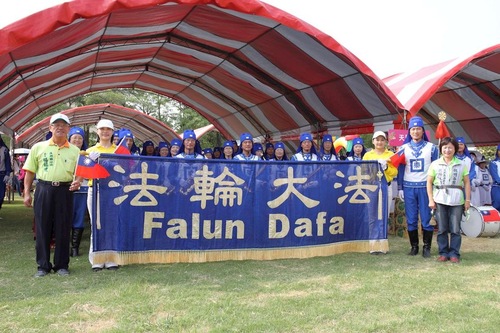 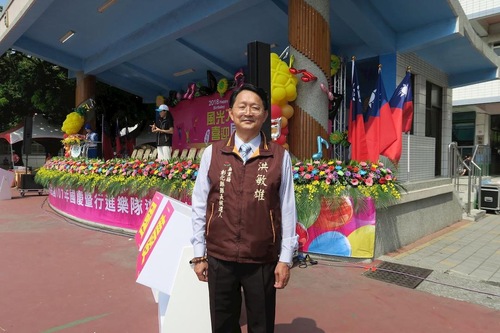 Changhua County mayoral candidate Hong Minxiong praised the band as “energetic and unique.” He had previously signed the petition calling for an end to the persecution of Falun Gong in China and condemned the Chinese regime's forced organ harvesting from living Falun Gong practitioners.

Lai and his family watched the parade outside the door of their shop. “They perform so well they could be on TV,” said Mr. Lai. He said the persecution of Falun Gong in China is inhuman, irrational and immoral.

After the parade, the band performed at a school, to the delight of students and staff.