(Minghui.org) A Falun Dafa booth at the Asia Festival in Bern Switzerland on August 24-26 gave festival-goers a chance to learn about this ancient cultivation practice for the improvement of mind and body.

Alarmed to learn that this peaceful practice has been brutally persecuted in China for the past 19 years, many signed a petition calling on the Swiss government to help stop the atrocities. 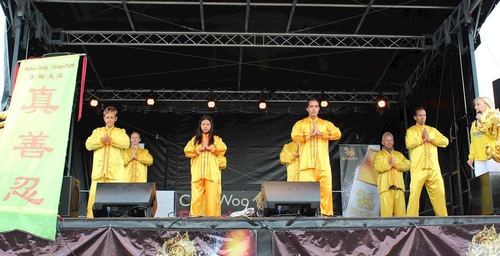 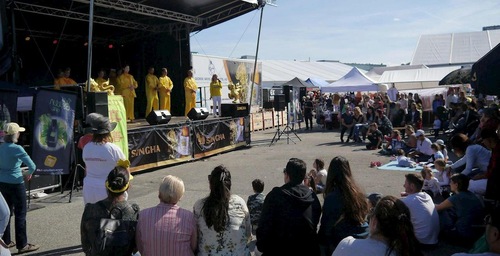 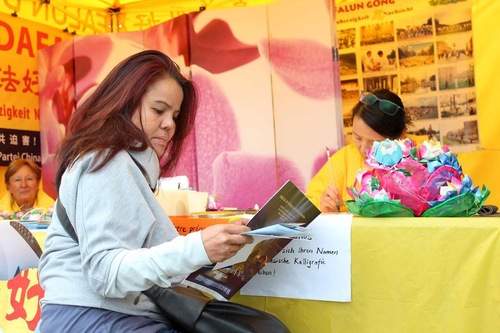 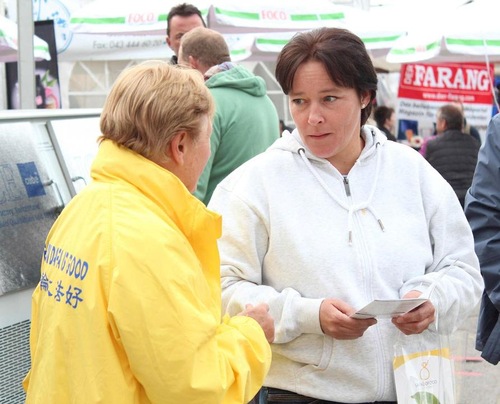 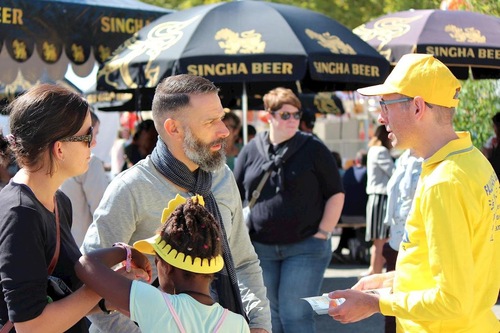 Passersby stop to learn more about the practice and the persecution in China. 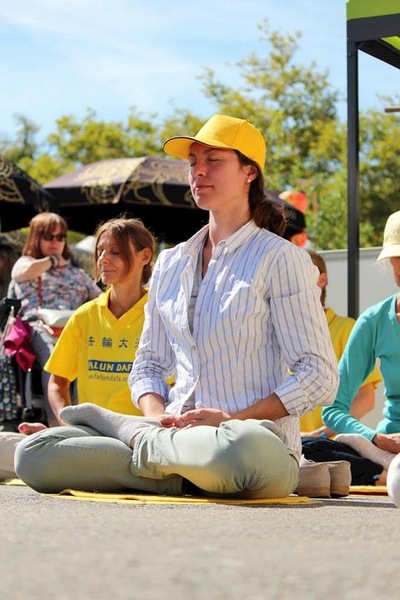 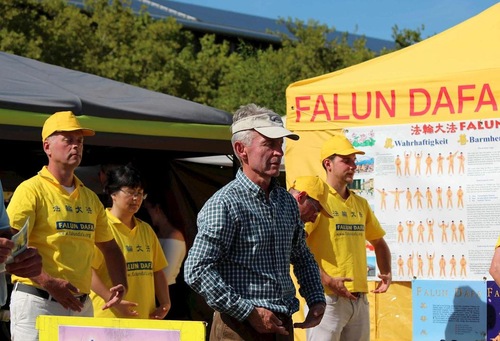 At the Falun Dafa booth, visitors could have their names written in Chinese calligraphy. Many people learned more about the practice and the persecution while waiting for their calligraphy pieces.

Booth volunteers also taught children how to fold paper lotus flowers, and explained that the lotus represents purity in the midst of adversity, as the beautiful lotus grows up out of muddy waters. Similarly, Falun Dafa practitioners in China have been steadfast in their belief in the values of Truthfulness-Compassion-Forbearance even while facing brutal persecution by the communist regime.

A Gift Before Moving to Thailand

Soon after the Falun Dafa booth was set up on Friday evening, a father and son approached a practitioner. The son looked like a Korean Swiss in his thirties.

Though he was new to Falun Dafa, the son's movements and postures were very accurate. He said he felt warm energy filling his body during the exercises. He bought a copy of Zhuan Falun, the main book of Falun Dafa.

The son thanked the practitioner and told him that his family was moving to Thailand, his his wife's home country, the very next day, and he was glad that he now had the book to take with him.

“I Want to Learn Falun Gong”

Many people were interested in learning Falun Gong after hearing about the free exercise class at nearby Rose Garden Park. 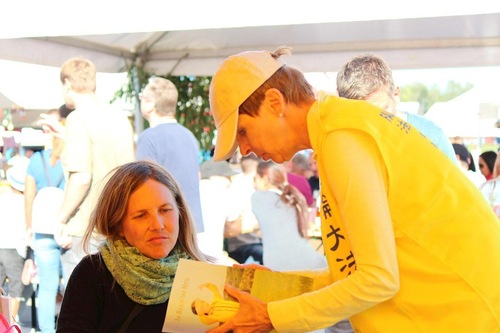 Chantal and her husband both like Asian culture, so they waited at the booth to have names of the family written in Chinese calligraphy. They said they planned to frame it.

The Falun Dafa exercise demonstration on the festival stage had caught her attention. Chantal said, “I felt positive energy and peace in my heart. I will go to Rose Garden to learn the exercises.”

Another booth visitor, Mr. Nguyen, said he had learned the exercises once in Biel, a neighboring city, but couldn't continue for lack of time. He was excited to hear about the practice site at Rose Garden, which is near his home.

He planned to bring his wife and parents to the site, too. “Falun Dafa brings people health of mind and body. This is just what we want,” said Mr. Nguyen. 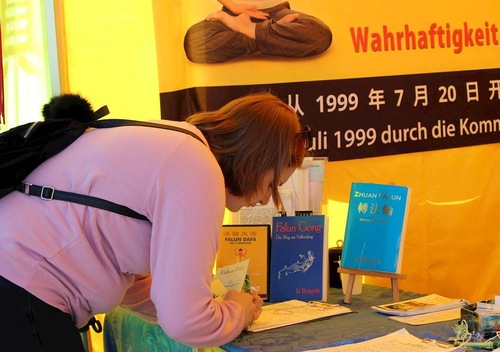 Lucia, an operating room nurse assistant, signs a petition to help stop the persecution of Falun Dafa in China.