(Minghui.org) The 2018 European Falun Dafa Cultivation Sharing Conference took place in Prague on September 29. About 1,500 Falun Dafa practitioners attended the event. Master Li Hongzhi, founder of Falun Dafa, sent a letter to the attendees. He reminded European Dafa practitioners of their responsibilities and honor, and again urged them to do well with all they should do. 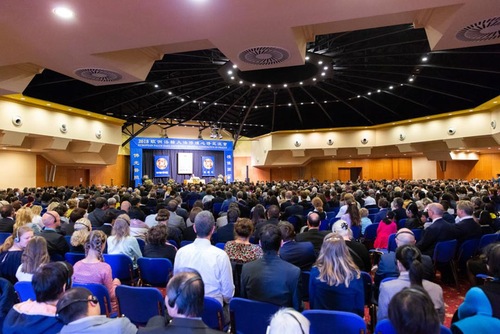 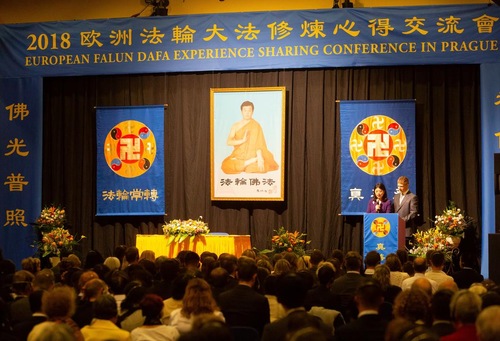 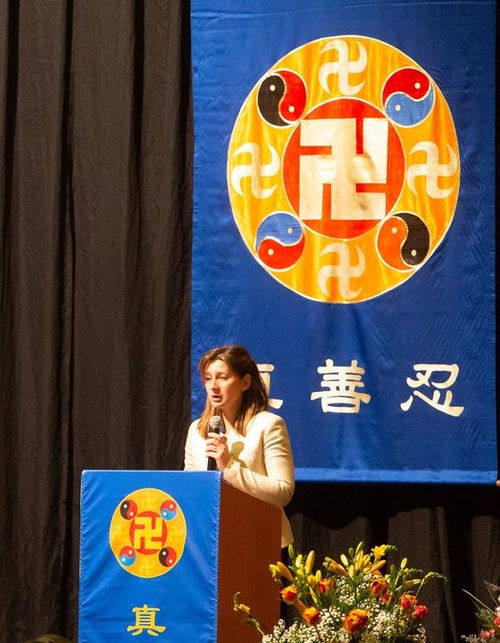 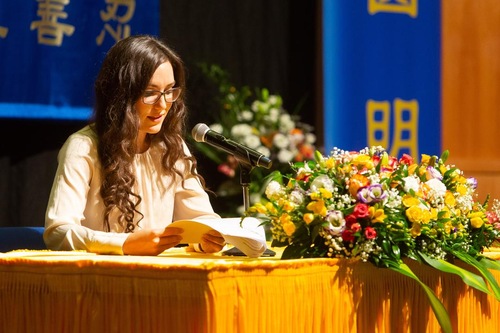 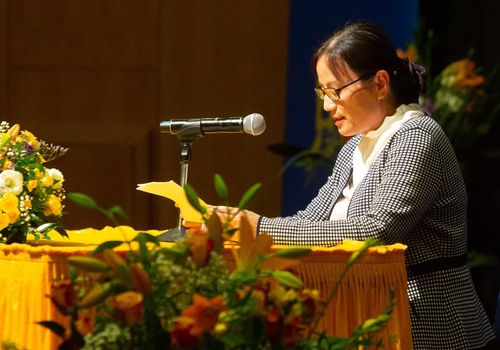 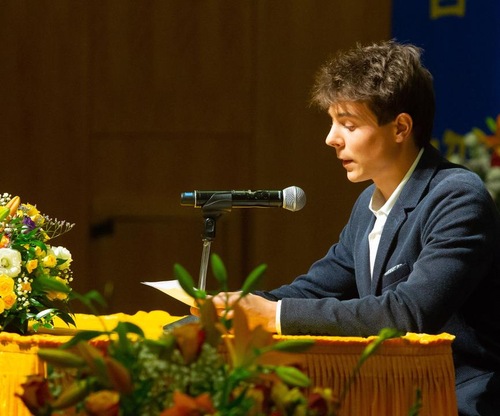 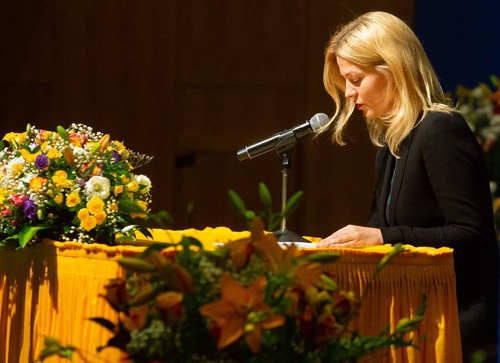 Dafa practitioners from various countries shared their experiences at the conference.

Cherish the Opportunity to Cultivate

Raimonds is a 25-year-old practitioner from Latvia. He has been interested in meditation and spirituality since he was very little. He had explored some spiritual methods but knew that they were not entirely righteous. As time passed, he stopped searching, until the book Zhuan Falun caught his attention in a bookstore.

He said he found his method. “Everything is explained in the book. The book is so precious! I never put it down again and started practicing Falun Dafa.”

Raimonds read Zhuan Falun many times, then moved on to other books by Falun Dafa's founder, Mr. Li Hongzhi. He started memorizing the books. He also taught himself Chinese. He knows many Chinese characters and can read Zhuan Falun in Chinese.

“I didn't know that I should look inward for reflections of everything surrounding me. Therefore, I often found other people's problems, especially from those who are in the same local Fa study group. I focused on their issues and thought that they were very bad. My resentment and arrogance grew as a result, because I had been looking externally,” Raimonds shared.

“I noticed my arrogance and started paying attention in order to reduce it. I made up my mind to be more diligent and look inward. Gradually, my capacity grew and was able to think from others' perspectives. My negative thoughts went away.”

Raimonds said he realized that cultivation is not something superficial. Every practitioner needs to put his understanding into action, remove attachments, and eliminate karma through suffering. He said this was the most difficult part of cultivation.

Getting Rid of the Interference of Video Games

Gabriel, a teenager from Germany, shared how he got rid of the interference of video games.

She was very much into playing video games when she went to middle school. She had a fever three times in three months. “This was an obvious hint for me. Unfortunately, I didn't understand. My academic performance also dropped,” she said.

As she read more about video games and the Internet in Master's Fa, she made up her mind to quit playing video games. She told her mother about her decision. “My mother was very happy that I was determined to cultivate genuinely.”

Sophia was born and educated in Sweden. She shared that she was surprised to find communist factors in her own mentality.

“I further realized that I would often give in to Communism and was afraid to safeguard my belief in society because I was attached to my reputation. When I compromised to the evil, I gave myself the excuse that I was conforming to ordinary notions so as not to disturb people. This actually becomes a force of suppression; it weakens my abilities and my ability to save people.”

Sophia said that she became proud of her belief after she made up her mind not to give in to the evil. People in her community were able to accept Dafa on a deeper level after she changed herself.

She gave an example of how her life changed upon her own inner change. “I grew up with feminism. I didn't think that I was much affected by it, until recently.

“I was married in 2004. My husband often talked about things I couldn't follow. I thought he basically wanted to show me that as a woman and a wife, I was not good. We got by, but such conflicts accumulated. We would get into a 'cold war' a few times a year. Each time, the conflicts ended with me pitying myself and my husband taking a step back. I finally realized what was wrong this spring.

“I reflected on myself when another 'cold war' was about to start, 'What is he trying to say? What is wrong?' Bam! 'I know it! I took my role as a woman and wife wrong because of feminism and the communist factors!'” Sophia said her family situation improved a lot upon her realization.

Natalia started practicing Falun Dafa in 2010. “I was very passionate and diligent at the beginning. I studied at least two chapters of Zhuan Falun every day. I also did the exercises and sent righteous thoughts. My xinxing constantly improved. It was easy for me to find my attachments and pass my tests. However, my path became more difficult as I did not let go of several deeply-rooted attachments: show-off, fear, desires, and jealousy.”

Natalia shared that due to the old notions and deep attachments, her first reaction was often to look outward. During the second year of her cultivation, a fellow practitioner kept telling her what this practitioner understood. Natalia complained about this practitioner causing unnecessary interference for her. She now understands that this is her attachment to fear. She was not confident in her own understanding of the Fa.

“I'm more clear-headed now and more confident in my own understanding of the Fa. I have also identified my show-off mentality.”

Through memorizing Zhuan Falun, Natalia's main consciousness grew stronger. She could discern good from bad. When negative thoughts emerge, she can stop them and get rid of them more easily.