(Minghui.org) Falun Gong practitioners participated in the cultural festival on September 24, 2017 at Hwaseong near Seoul, South Korea. Many people accepted Dafa materials distributed by practitioners, and the Tian Guo Marching Band received a special award for its outstanding performance.

The festival was part of King Jeongjo's Visit to the Royal Tomb. King Jeongjo, one of the major characters in Korean history, traveled with his mother and visited his father's tomb in 1795, followed by a grand banquet to celebrate the 60th birthday of his mother. This is a well-known example of filial piety, which is cherished in traditional culture. The event was reenacted for the first time 222 years later, with a parade of 59.2 kilometers, from Seoul to Hwaseong, in Gyeonggi Province. Over 4,000 people participated in the parade, which included over 720 horses.

The festival started in the afternoon at Hwaseong after the procession arrived. Thirty-three groups attended the celebration. Among them was the Tian Guo Marching Band, composed of more than 100 Falun Gong practitioners. 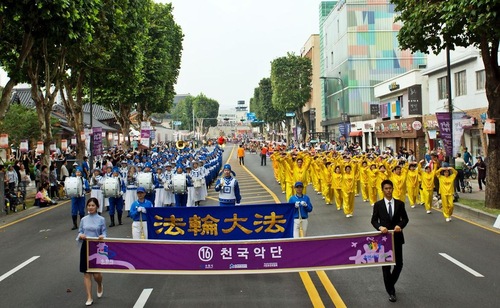 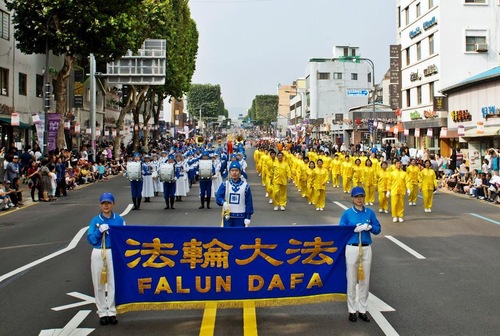 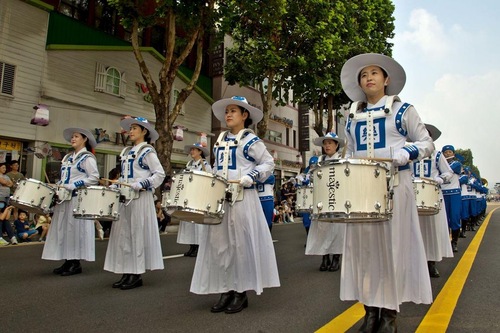 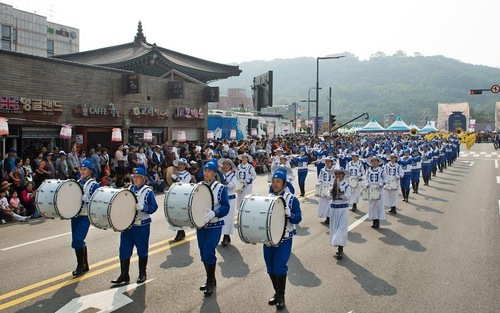 The band members attracted much attention with their bright blue and white Tang Dynasty uniforms. While playing their music, practitioners dressed in yellow performed the exercises. They were applauded by spectators wherever they went.

Many people accepted pamphlets from practitioners and asked about the practice. “This looks great!” one person exclaimed. “It looks very peaceful and beautiful.” Another person asked, “Where can I learn this?” 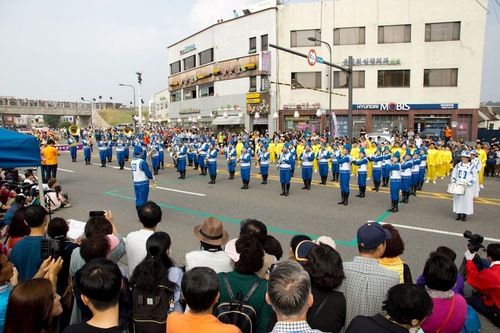 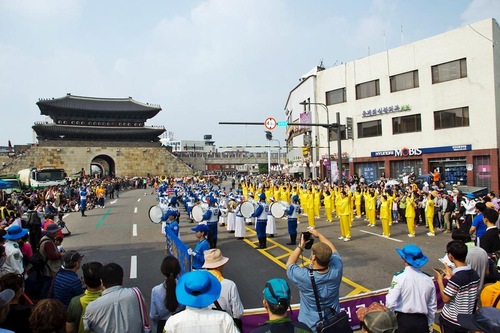 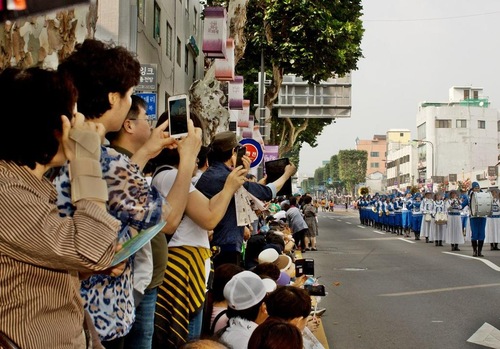 A saxophone player from another group was very impressed by the band's performance. He talked with a practitioner and was glad to receive information about a nearby group exercise location.

Two Chinese men in the Korean ethnic group said they lived in Suwon. They had a strong interest in the principles of Truthfulness-Compassion-Forbearance, and said they planned to learn the exercises at a nearby practice site.