(Minghui.org) Mr. Gao Yixi, from Mudanjiang, Heilongjiang Province, died under suspicious circumstances two days after he was sent to the hospital for being on a hunger strike. Mr. Gao, who practiced Falun Gong, was protesting his and his wife’s unlawful arrest and detention for their faith. His death occurred only ten days after he was arrested. He was 45. 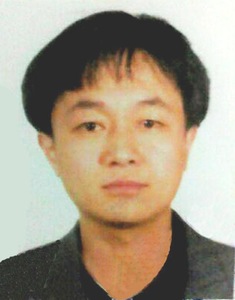 According to a source, a thorough physical exam showed that Gao was in good health upon hospitalization, despite the hunger strike. In the hospital, he was subjected to continuous infusions. He gradually lost the ability to speak or move, and passed away after 43 hours at the hospital.

Mr. Gao Yixi and his wife Ms. Sun Fengxia were arrested on April 19, 2016 by a group of police officers. They ransacked the couple’s home and confiscated their computers, Falun Gong related materials, Mr. Gao’s car and other valuable personal belongings. 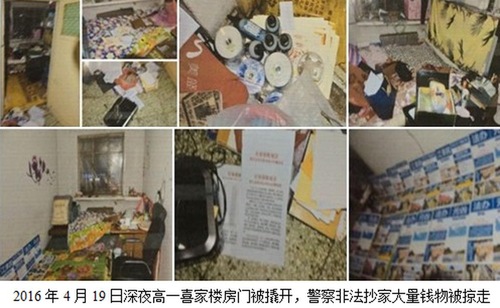 The couple were taken to the police station and interrogated on the evening following their arrests.

When the police sent Mr. Gao to the detention center the next morning, a physical examination showed that he was in good health.

Mr. Gao's 87-year-old mother and 16-year-old daughter found police officer Lu Hongfeng, who was in charge of the case, and requested a visit with the couple. Lu refused to talk to them and during a subsequent visit, he shoved the elderly woman, nearly knocking her over.

Inside the detention center, Mr. Gao started a hunger strike to protest the illegal arrests. The prison guards force-fed him twice.

Still Healthy When Sent to Hospital

On the morning of April 28, 2016, Mr. Gao was sent to the prison division of Mudanjiang Orthopedics Hospital, which was under the management of the Mudanjiang Police Department.

Mr. Gao underwent a comprehensive physical checkup, including a number of tests of his blood, urine, kidney, liver, heart, and other internal organs. The results suggested that he was in good health and all of his organs were functioning normally, despite eight days of hunger strike. 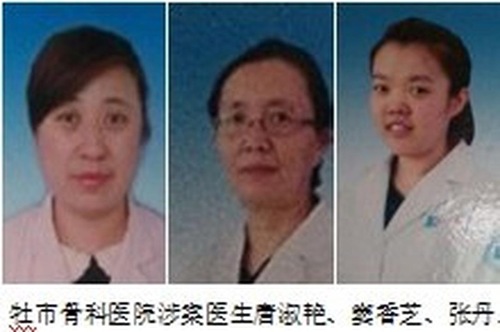 Hospital personnel who treated Mr. Gao during his hospitalization

Passed Away after “Hospital Rescue”

According to a source, Mr. Gao walked into the hospital room on the morning of April 28. He appeared to be tired and leaned against the wall upon entering the room.

When the nurse first tried to give him an injection, he pulled the needle out.

The hospital personnel and police then restrained him in a bed with belts across his chest and legs. His right arm was hoisted up to a metal ring above the bed, and his left hand was handcuffed to the bed. The nurse forcibly administered the injection.

In the beginning, Mr. Gao occasionally moved his arm in protest of the treatment. As the infusion progressed, his movements lessened and the interval between his movements was prolonged. He appeared to suffer from periodic loss of consciousness.

By the morning of April 29, Mr. Gao was mostly unresponsive. His right arm stopped moving and he could barely talk.

The nurse never stopped the infusions. His urine discharge suddenly increased on April 29 and the nurses had to frequently empty his bedpan.

By the morning of April 30, Mr. Gao had completely lost consciousness.

Around 5 a.m. on April 30, the doctor suddenly instructed the nurse to give Mr. Gao an injection of Dobutamine, a drug that treats heart failure and helps to pump blood through the heart. Meanwhile, six nurses rushed to the hospital room and performed cardiopulmonary resuscitation (CPR).

In the next ten minutes, the doctor twice instructed the nurses to inject Mr. Gao with five different drugs. 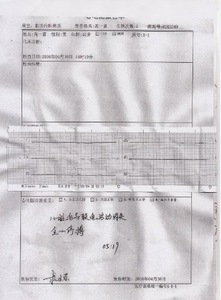 On April 29, while seeking Mr. Gao's release at the police station, his daughter was shocked to find out that he had been sent to the hospital. She rushed to the hospital with her grandmother, only to find her father's room guarded by several police officers, barring them from entry.

The young girl and her grandmother waited outside the hospital room from 1 p.m. to 9 p.m., until the police forcibly sent them home.

Little did the young girl know, before she arrived back home on the morning of April 30, that her father had already passed away.

“Two Sichuan Men Sentenced to Prison for Their Faith”

“My Most Precious Memories”