Taipei: Over 1,500 Take Part in Candlelight Vigil to Oppose 18 Years of Brutality

(Minghui.org) More than 1,500 Falun Gong practitioners participated in a candlelight vigil at Taipei City Hall Square on the evening of July 16 to draw attention to the 18-year persecution of Falun Gong (also known as Falun Dafa) in mainland China. Several city councilors came to the event and added their voices to condemn the brutality and call for its end.

In July 1999, former Chinese communist leader Jiang Zemin banned Falun Gong and launched a nationwide suppression against practitioners of this traditional spiritual discipline. Based on information collected by the Minghui website, at least 4,100 practitioners have been verified to have lost their lives as a direct result of the persecution, many by torture in police custody. Many more were subject to arrest, detention, imprisonment, forced labor, brainwashing, torture, and even forced organ harvesting. 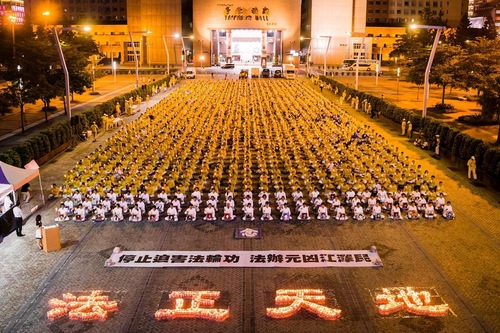 More than 1,500 Falun Gong practitioners participate in a candlelight vigil at Taipei City Hall Square on the evening of July 16, 2017.

Say No to Brutality 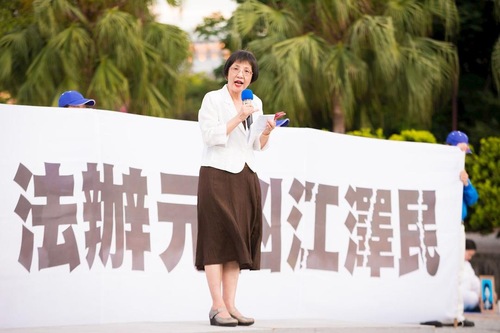 President of the Taiwan Falun Dafa Association, Chang Chin-hwa, said that events like this will continue until the suppression in China stops.

Chang Chin-hwa, president of the Taiwan Falun Dafa Association, reviewed the progress of practitioners' efforts to expose the persecution in China. “So far, 14 city or county councils in Taiwan have passed resolutions to support the lawsuits against Jiang for suppressing Falun Gong. They include almost all the major cities such as Taipei, New Taipei, Taichung, Tainan, and Kaohsiung. Resolutions from the United States Congress and the European Parliament have also expressed strong opposition to the crimes in China.”

“Inside China, more than 270 million people have publicly renounced the Chinese Communist Party after recognizing the regime's vicious conduct,” added Chang. “The regime's actions have severely violated human rights. Our efforts to exposed the crimes in China will continue until the brutality stops.”

Taipei City Councilor: “A Moral Issue That Involves Each of Us” 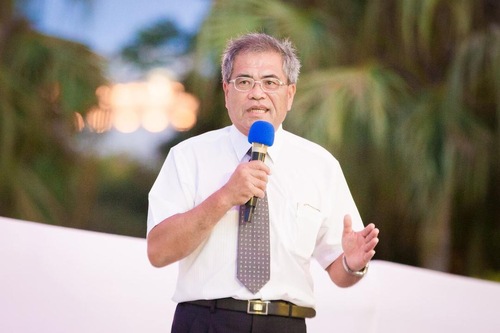 Several city councilors came to the event to show their support for Falun Dafa. Tsai Dingshan from Chiayi said he felt obliged to participate in this activity. “So many innocent people were wronged and tortured for their belief in Truthfulness-Compassion-Forbearance,” he said. “We have to help them and make their voice heard.” Mr. Tsai said he believed that righteousness will prevail. 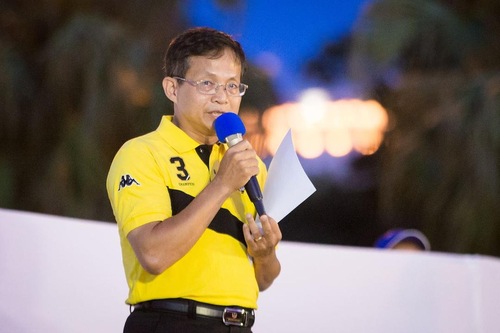 Tseng Zicheng from Hsinchu expressed his deep condolences to the over 4,000 practitioners who have lost their lives. “We hope that the Chinese authorities will pay attention to this because it is not just related to Falun Gong practitioners, but also involves the future of China and Chinese people.” 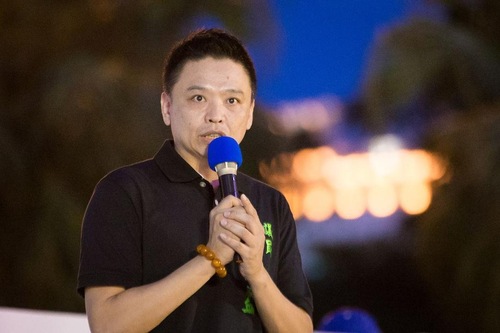 Hung Jianyi from Taipei first thanked practitioners for their consistent efforts to raise awareness about what is happening in China. He said that the resolution in Taipei City was passed by council members across all parties because “it is about basic humanity.” 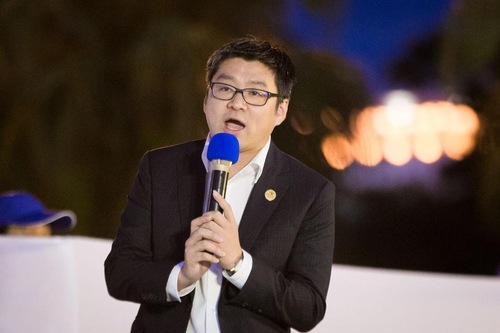 Hsu Hungting, another Taipei City Councilor, agreed. “I am glad to see people and friends gathering here from different places and cultural backgrounds. Human organs are not a commodity and forced organ harvesting should not exist in this world.” Hsu hopes that more people will pay attention to the issue, because “it is a moral issue that involves each of us.”

A Book That Uplifts One's Mind 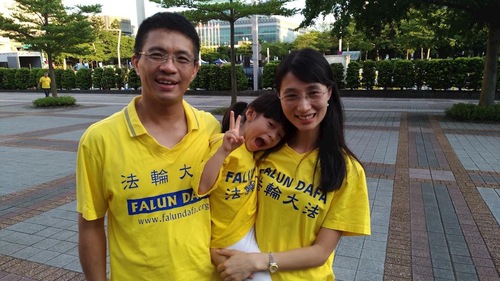 Lin Weiyu (left, doctor of pharmacy) and Hu Jingni (right, elementary teacher), along with their daughter, are all Falun Gong practitioners.

Several practitioners shared their experiences of practicing Falun Gong. Lin Weiyu, a doctor of pharmacy, and his wife Hu Jingni, an elementary school teacher, along with their daughter Shiwei are all practitioners. Weiyi used to suffer from severe asthma, which troubled him for decades. “A friend told me about Falun Gong in 2002 and my chronic illnesses vanished in about six months,” he explained.

Jingni said that the practice not only improved her physical health but also relieved her stress at work. “Back then I was also coordinating counseling services in the school and acted as a counselor for the lower grades. The practice of Falun Gong helped me maintain calmness and overcome difficult situations.” She said that their 4-year-old daughter has been practicing meditation with them and enjoyed consistently good health.

Tomasz Kowalski, a practitioner from Poland, shared that he came to Taiwan to learn Chinese and that today's activity was very meaningful for him.

“In 1999, a friend gave me a copy of Zhuan Falun, the main teachings of Falun Gong. That book opened my mind and helped me understand the purpose of life,” he said. He added that not only were his questions answered, he also learned so much more from the book and from practicing Falun Gong.

“Falun Gong teaches one to be a better person and it is important for every one of us,” Tomasz said. “That is why it is so important that the persecution in China comes to an end.”