They called for the Chinese government to immediately release Ms. Sun and urged the Canadian government, organizations, media and the general public to help with her rescue. 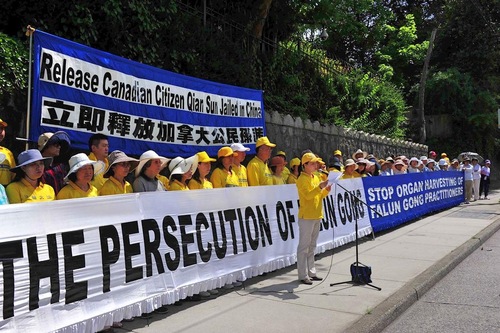 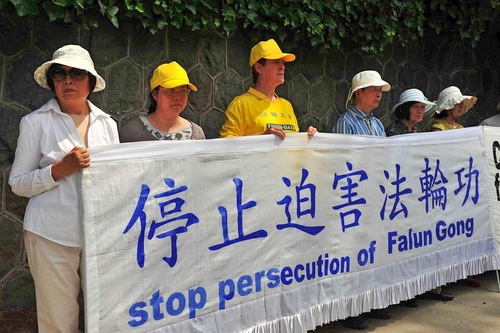 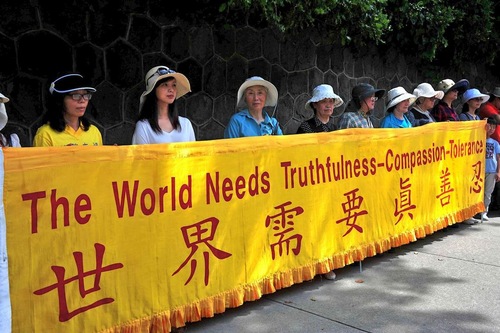 Falun Gong practitioners at the Chinese Consulate in Vancouver call for the release of Sun Qian. 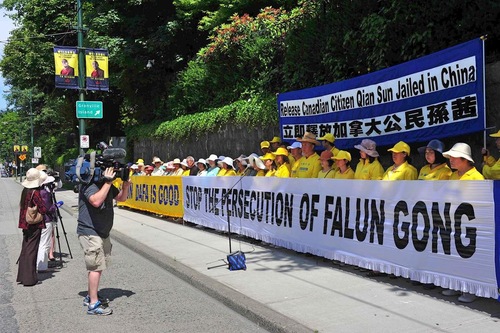 According to reports, Ms. Sun was home in Beijing on February 19, 2017 when more than two dozen officers broke in and arrested her. They also confiscated her Falun Gong books, cell phone, computer, printer, and other valuables.

The police refused to disclose where she was being detained. It took her family several weeks to find out that she is now being held in the Beijing First Detention Center, where she was placed in solitary confinement and pepper-sprayed.

The Falun Dafa Association of Canada in Vancouver released a statement condemning the Chinese Communist Party for Sun's imprisonment. It urges the Canadian government to step in to secure the release of Ms. Sun and other Falun Gong practitioners in custody for refusing to renounce their faith.

Ms. Sun Qian is the vice president of Beijing Leadman Biochemistry Co. Ltd. She became a Canadian citizen in 2007. She credits Falun Gong with curing her heart palpitations, liver problems, and depression after she took up the practice in 2014.

Several Canadian MPs, including Peter Kent, Elizabeth May, and Michael Cooper have urged the Canadian government to help rescue Sun. The Minister of Foreign Affairs, Chrystia Freeland, said she would follow up on Ms. Sun's case.