(Minghui.org) Joining Sweden, Switzerland, Germany, Poland, Portugal, Finland, and Denmark, Falun Gong practitioners in Russia, the Netherlands and Greece held activities around April 25 to raise awareness of the 18-year persecution of Falun Gong (also known as Falun Dafa) in China and to call for an immediate end to the atrocities. 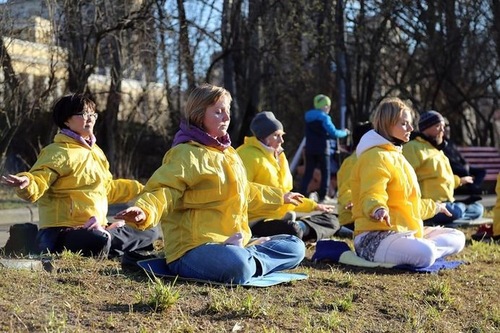 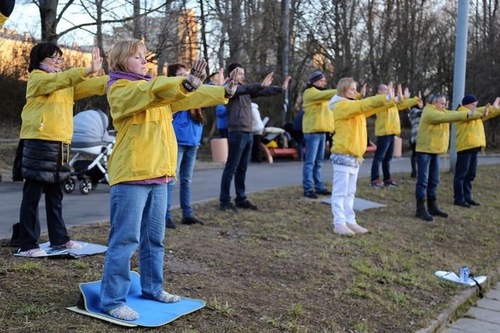 Practitioners demonstrate the Falun Gong exercises in front of the Chinese Consulate in Moscow on April 25. 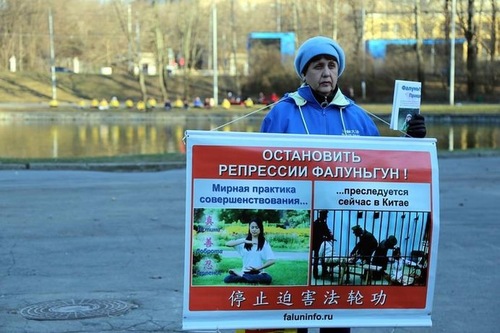 A practitioner participates in the peaceful relay protest in front of the Chinese Consulate calls for an end to the persecution.

A relay protest began at 10 a.m. and lasted until 8 p.m. Many people stopped to watch, take flyers, or listen to what practitioners had to say.

Several young people from Moscow University were reminded of the victims of the Soviet communist regime after they learned about the Chinese communist regime's state-sanctioned killing of Falun Gong practitioners and taking their organs for profit. They remarked, “The communist party is evil.” 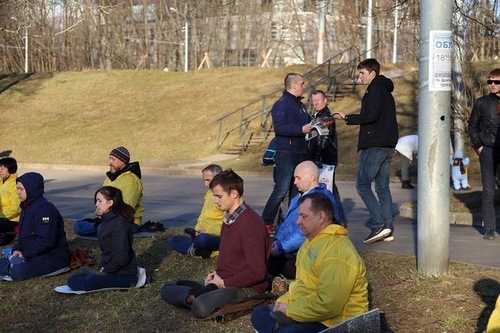 Passersby stop to learn about Falun Gong and the persecution.

Rally and Signature Drive in the Netherlands

Falun Gong practitioners in the Netherlands gathered in The Hague on April 25 to mark the peaceful 1999 demonstration in Beijing. 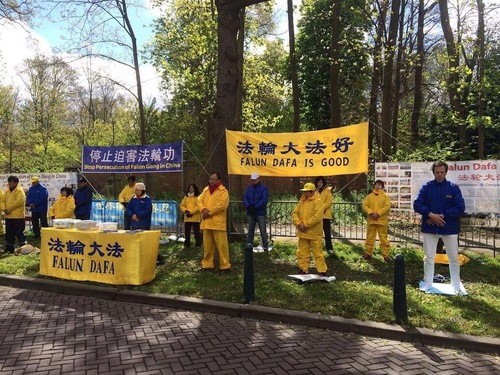 Practitioners demonstrate the Falun Gong exercises in front of the Chinese Consulate in The Hague.

In the morning on April 25, practitioners quietly demonstrated the exercises on the lawn opposite the Chinese Consulate. Banners behind them conveyed their messages: Stop the persecution of Falun Gong in China; The World Needs Truthfulness-Compassion-Forbearance.

The afternoon event took place downtown near the Dutch Parliament. Practitioners talked to passersby about the persecution and asked for people to work together to stop it. They also collected signatures calling for an end to the forced organ harvesting from living Falun Gong practitioners. 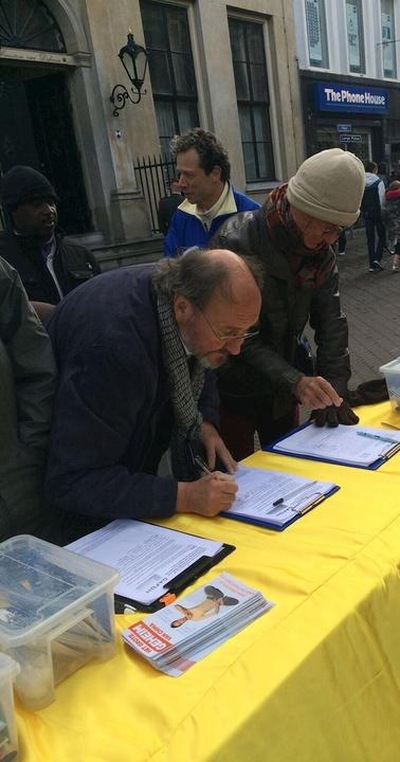 People sign a petition calling for an end to the persecution of Falun Gong.

Practitioners held activities at the Acropolis, a major tourist site in Athens, on April 23, 2017. 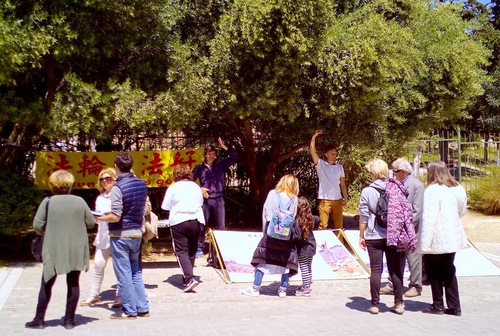 Visitors to the Acropolis learn about Falun Gong and the persecution in China.

The exercise demonstration and peaceful music drew the attention of many tourists. Many of them were shocked after learning about the forced organ harvesting atrocities in China, and they signed a petition to show their support for Falun Gong.

On April 25, 1999, approximately 10,000 Falun Gong practitioners gathered to protest peacefully on the streets of Beijing after the unexplained arrests of some 50 fellow practitioners in the nearby city of Tianjin. The location was adjacent to the Central Appeals Office, where they hoped their case would be heard. Police on hand directed them to line up on several streets in the area, also home to Zhongnanhai, the Party’s central government compound.

The 10,000 left quietly later that day after a contingent met with Premier Zhu Rongji and secured the release of the practitioners wrongly arrested in Tianjin.

But Party leader Jiang Zemin had his propaganda ministry publicize the gathering, not as the peaceful protest that it was, but instead as a “siege of Zhongnanhai,” the central government compound. This propaganda stunt was used to turn public opinion against Falun Gong and as an excuse for launching the crackdown that began just a few months later. Nearly 18 years of persecution have since followed.