(Minghui.org) To commemorate the 18th anniversary of the April 25 peaceful demonstration in Beijing, Falun Gong practitioners in Germany, Sweden, and Switzerland held activities to raise awareness of the ongoing persecution of Falun Gong (also known as Falun Dafa) in China. 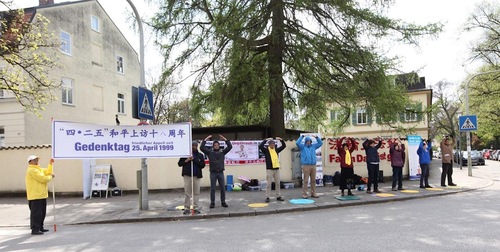 Group exercise in front of Chinese Consulate in Munich

Practitioners held a peaceful protest in front of the Chinese Consulate in Munich on April 23, 2017. Practitioners from Bavaria displayed banners and informational boards to call for an end to the persecution of Falun Gong in China, especially the communist regime's killing of practitioners and taking their organs for transplants. 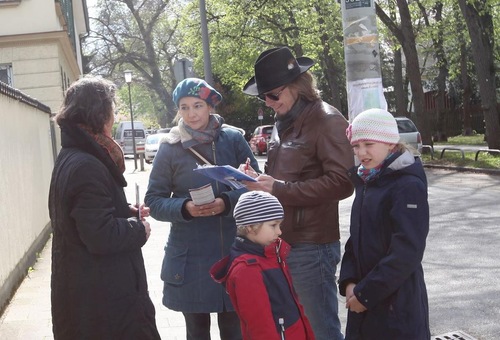 Passersby sign a petition calling to end the brutal persecution in China that has lasted 18 years.

Protest at Chinese Embassy and Signature Drive in Sweden

Practitioners in Sweden held a series of activities in Stockholm on April 22, 2017.

In the morning, they gathered in front of the Chinese Embassy, demonstrated the Falun Dafa exercises, read a letter to the embassy staff, and talked to passersby about the persecution in China. 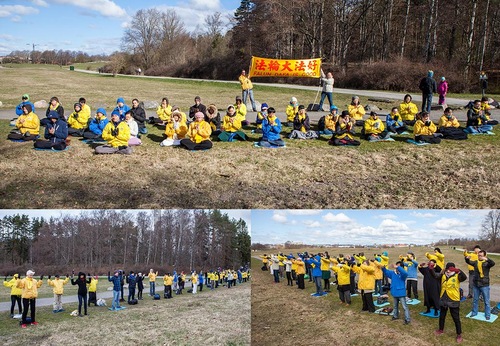 Practitioners in Sweden protest in front of the Chinese Embassy.

The afternoon event took place at the bustling Mynttorget, a public square near the Royal Palace. The practitioners set up banners, display boards, and an information table, continuing their effort to raise awareness of the persecution and organ harvesting crimes taking place in China. 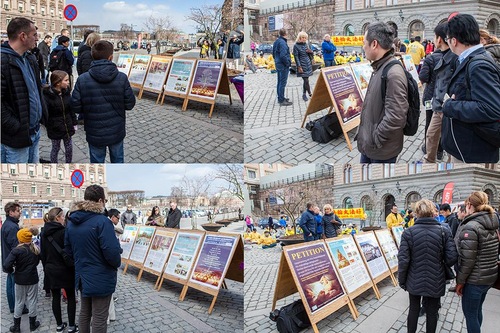 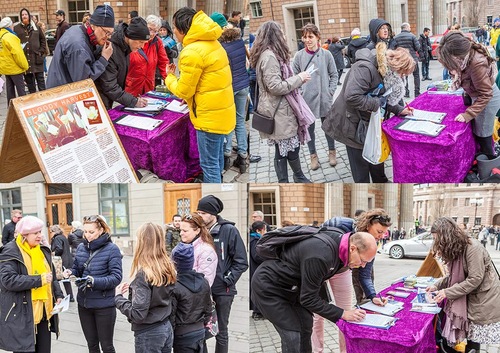 Passersby sign a petition calling for an end to the persecution in China.

Mr. Martin and his wife, Anna, said it was incredible that such a brutal persecution is still going on. Mr. Martin was outraged by the organ harvesting crimes and the theft of organs from healthy individuals who do not harm anyone and only want to become better people.

Anna, who is a nurse, commented on the practitioners' peaceful protest, “It's a powerful demonstration, because they do it silently and with dignity.” They signed the petition and said that they would talk to their friends so that more people can help to end the persecution.

Practitioners in Switzerland demonstrated the Falun Gong exercises at the Rose Garden in the city of Bern and at the Lake Side in Zurich on April 23. They also set up a table to collect signatures calling for an end to the persecution in China. 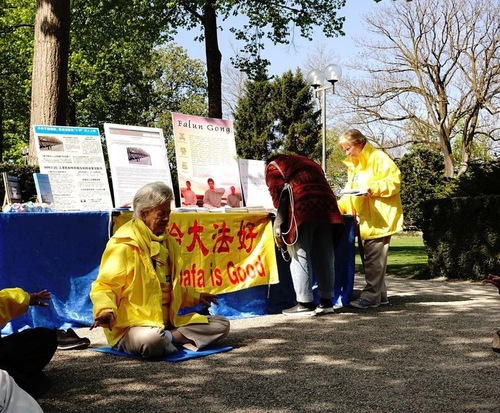 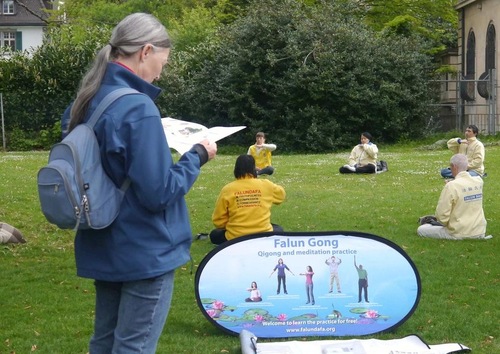 Practitioners demonstrate the Falun Dafa exercises and collect signatures at the Rose Garden in Bern.

An elderly lady commented that the 10,000 practitioners at the April 25 appeal in 1999 were really courageous, because they must have been quite sure of the communist regime's brutality.

Many people showed interest in learning the Falun Dafa exercises after watching the practitioners' gentle exercise demonstration and hearing the serene music.

The Peaceful Appeal of April 25, 1999 - discussion of the topic from many anglesApril 25th Events - coverage of events marking the anniversaries of April 25Video: The Protest That Changed China: - a 21-minute documentary film