(Minghui.org) A little girl in Lechang City spent months working with her mother to try to secure her father’s release from detention, but the family patriarch remained detained on her 11th birthday on December 7, 2017.

Mr. Liang Jianjun, 49, was seized at work on May 25, 2017 for refusing to renounce Falun Gong, a spiritual discipline being persecuted by the Chinese communist regime. 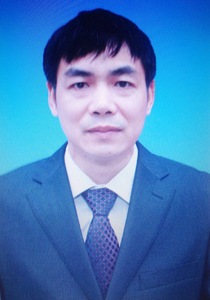 The local authorities kept harassing Mr. Liang’s wife and daughter for their efforts to seek justice for him. One time, the young girl was home alone when a group of people from the neighborhood committee showed up and banged on the door. She was terrified by the experience.

Mr. Liang, a veteran teacher at Lechang Vocational School, appeared in court on November 7. His wife and daughter were barred from entering the courthouse, while more than two dozen strangers were allowed to attend the trial.

Judge Qiu Huihua adjourned the hearing without issuing a verdict. He refused to meet with Mr. Liang’s wife and daughter after the trial and ordered them driven out of the courthouse each time they visited.

Mr. Liang’s wife, Ms. Cao Liping, wrote a letter to Judge Qiu to share her and her husband’s personal experiences with Falun Gong and to urge Qiu to release her husband. A sympathetic security guard forwarded the letter to court president Li Fang, who reprimanded the guard after reading the letter.

Excerpts of Wife’s Letter to Judge

I know you are very busy, but I sincerely hope that you read my story.

I had two bowls of soup one October day in 2004 and soon had acute abdominal pain. I ran to the restroom and was terrified to see bloody stool in the toilet bowl. I felt extremely dizzy and weak and realized that I must have had food poisoning.

No one was by my side at the moment, but I suddenly remembered what my husband had always told me to think when in danger: “Falun Dafa is good and Truthfulness-Compassion-Forbearance is good.” I was always skeptical but I recited the verses for a whole night. I was totally fine the next morning.

I had another health scare in 2010, when my husband was working in a different city at the time. I suddenly passed out and woke up three days later to my husband’s voice reciting “Falun Dafa is good and Truthfulness-Compassion-Forbearance is good.” I was told that I had kidney failure and remained in a coma for 48 straight hours.

My doctors advised me to rest at home, since no treatments were available to improve my condition. My eyesight deteriorated as a result of my kidney problems. I felt that my body was failing me and often flew into a rage. Though I lashed out at my husband all the time, he never complained even once. He worked hard to support our family, but my mounting medical expenses soon drained our savings.

I lost hope in life, but my husband kept using Falun Gong’s principles to cheer me up. He was nothing like the so-called Falun Gong practitioners depicted by the state propaganda. I began to want to know more about Falun Gong. My husband’s Falun Gong books had all been confiscated by the police, but fortunately I found a copy of Zhuan Falun in 2012. I finished reading it in three days and regretted that I hadn’t started practicing Falun Gong earlier.

My eyes began to have a large amount of discharge. In about one week of my reading the book, I could see things clearly. I haven’t taken any medication since then, but I am as healthy as can be.

If it were not for my own experience, I wouldn’t have been able to understand why Falun Gong practitioners such as my husband are so determined in upholding their faith.

My husband often volunteered to substitute for other teachers or take on tasks no one was willing to do. I used to complain he didn’t spend enough time with my daughter and me, but I now understand him.

He also gets along very well with his brothers and sisters-in-law. We haven’t told my mother-in-law, who is 80, about my husband’s arrest. She is looking forward to his visit every day.

My husband hasn't broken any law. As a judge, I hope you can release my husband and make my family whole again.

“School Teacher and Her Mother Traumatized by Violent Arrests”