I Wish Falun Gong Practitioners the Best as Darkness Ends

(Minghui.org) When the persecution of Falun Gong (also known as Falun Dafa) began 17 years ago, I was nine. My life since then has been filled with terror, despair, sleepless nights, and endless sorrow.

My father, who practices Falun Gong, was recently arrested again for refusing to give up his belief. He is being tortured in prison and in serious condition.

I look out the window to see the rain pouring down, just as my tears roll down my cheeks. I don't want my mother to see me crying. As a practitioner herself, she has suffered so much. My father's recent imprisonment has put her in a dire situation.

I am Hua Xue, the daughter of Mr. Hua Lianyou, who used to be an accountant at a CRT factory in Tianjin. He was warm, positive, and kind. He loved sports and was good at designing artistic sweaters. 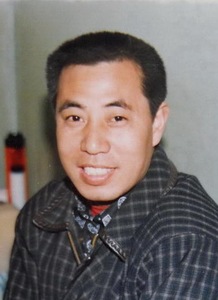 I was the apple of my parents' eyes. My father often designed and made me charming sweaters. After my father retired, my parents ran a small clothing shop. Their business did quite well because my father designed such unique sweaters.

On my sixth birthday, my parents cooked me six large prawns. As we were eating together, I remember feeling so lucky and thinking how wonderful my life was. My father took time to teach me ping pong, and we often played in the parks.

One day he came home and couldn't stand up anymore. He had a herniated lumbar disc. No treatment worked, and my father was bedridden. My parents had to close their shop. We were financially strained.

Two months after my father took to his bed, his cousin gave him a copy of Zhuan Falun. When he’d finished just a third of it, he got out of bed by himself and took a water bucket outside. My mother and I couldn't believe our eyes. He told us, “As I was reading, a stream of heat came down from the top of my head and ran to my toes. I just knew that I was healed.”

A couple of days later he declared that he would quit smoking. He used to start smoking as soon as he woke up in the morning and smoked two packs of cigarettes a day. Nothing we did or said could make him stop. Seeing my father's drastic changes, my mother began to read Zhuan Falun. That was the day my family was saved. My father started his business again. My mother and I benefited from Falun Gong.

Simply Wanting to Be a Good Person

My grandfather bought a house and needed money. Despite the fact that his business was booming, my father sold his shop and gave my grandfather the money.

My father began selling vegetables on a tricycle. He wasn't making any money. One day, he came across a former coworker. My father had once saved her life by taking her to a hospital when she fainted at work. She told my father where he could make more money.

My father began to deliver milk in the morning and newspapers in the evening. It was hard work, but he made a good living. The owner of the newspaper regarded my father as his right-hand man and said that someone like him was hard to find.

The subscribers loved my father because he would help them if they needed it. They told him that they only subscribed to the newspaper because of him. My father brought in so many subscribers every year that the owner showcased my father's trophy at the station.

Tens of thousands of families were torn apart after the persecution started in 1999. So was mine. The police took my parents away in February 2001. I was 11 that year.

My parents were gone when I got home from school one day. When night came, I cried so hard that the neighbors found me and called my uncle. I lived in despair and fear from that day on. Everyone looked at me strangely. I couldn't understand how my parents could just leave me. Nor could I comprehend how the world could be so cruel. 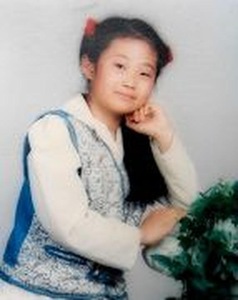 I graduated with outstanding grades from elementary school. The principal felt sorry for me and took me to the detention center to visit my parents. He bought me lunch that day. He told someone who worked there that my parents were good people and shouldn’t be in there. The person told him that it was on orders “from above.” They didn't let me see my parents for over a year after that visit.

My grandmother was in her 70s. Every day she had to bike a long way to take care of me and bike back to care for my grandfather. She also had to get help for my parents. She got the runaround so often that even the officials felt sorry for her. I wasn't the obedient girl I used to be because of the tremendous pressure I was under. I caused my grandmother a lot of trouble during that time.

My father was sentenced to five years in prison and my mother to four. Despite this horrendous situation, I still managed to get into a model middle school.

Because of the widespread propaganda slandering Falun Gong, a teacher at school often bullied me and told other students not to associate with me. He frequently called me names such as “crazy.”

As a result, I sometimes became outrageously angry and fainted at school. The doctor said that I was too psychologically suppressed. During those days I was filled with hatred and anger.

Five years passed, and it was finally time for my father to come home. After school I ran as fast as I could to see him. Before I could catch my breath, I was horrified by what I saw. My father couldn't recognize anyone because of a nerve-damaging drug he was injected with in prison. He was severely underweight and had a hole on his head. He would only stand against the wall and tried to hide if anyone approached him. That wasn't the father I remembered. I was traumatized and torn up inside all over again.

My father was always terrified and paranoid. He wouldn't eat and often hit his head against the wall. He would wake up in the middle of the night cursing, throw things, and try to drink urine and dirty water. Seeing him that way, many relatives just gave us some money and stopped contacting us.

My mother quit her job. She read Zhuan Falun to my father and did the five exercises with him every day. He gradually regained his health and mental stability.

One day my father was on a bike when a car hit him. A bone in his leg was shattered, and he needed major surgery. He told the driver, “I am a Falun Gong practitioner. Just take me home and I'll be fine.”

Despite the extreme pain, he still managed tell the driver about how Falun Gong was being persecuted. Without taking one pill, his leg completely recovered in ten days. The driver came to visit him and said, “It's a miracle! I'm going to tell everyone about Falun Gong.”

My father worked in a textile store. His boss trusted him and had him handle the entire stock. His boss later told everyone, “I only want to hire Falun Gong practitioners here.”

A few years later, in April 2012, the police arrested my parents again for resisting the persecution. By then I already knew that my parents didn't desert me, that it was the Chinese Communist Party that forced us apart. I no longer felt ashamed; I was proud of my parents and what they did. I did my best to try to rescue them.

I hired a lawyer and pleaded not guilty for my father. Even though they broke no law, my father was sentenced to seven years and my mother to one. The other Falun Gong practitioners began to petition for my father's release. Over 8,000 citizens in Tianjin signed the petition. The authorities finally agreed to release him on medical bail after he had been on a hunger strike for 671 days.

My father weighed only 35 kilograms (77 pounds) when he got home. He didn't respond to our voices. My mother and I began to shout “Falun Dafa is good” repeatedly. After a while, he slowly opened his eyes. We witnessed the miracle of Falun Gong again.

Two years later, just as my father was recovering his health, the police arrested him again in April 2016. He has been on a hunger strike ever since. My mother visited him in May. He was very skinny and couldn't even hold the phone up. He told my mother that he was tied down on a bed and force-fed chili water. In July, he was hospitalized. My mother and I saw him, and he looked even worse. They still routinely force-fed him. Seeing how miserable my father was, I was so hurt and angry.

I looked at my father's face. He looked so peaceful. Suddenly I remembered that he often told me to keep my benevolent nature. My anger disappeared. I no longer hate the police. In fact, I feel sorry for them. They’ve been deceived and used by the Communist Party to commit a heinous crime. My father, on the other hand, was expressing faith with his life. Hidden under his emaciated body is his ever-so-powerful will.

What my family has endured is just a drop in the ocean. Many more families are going through worse suffering.

The rain stopped, and it was dawn. A magpie was chirping outside the window. I wiped the tears from my face and said to the magpie, “Please bring my prayers to my father and all those suffering from the persecution for having faith in Truthfulness-Compassion-Forbearance.”