(Minghui.org) A parade featuring more than 1,200 Falun Dafa practitioners from ten Asian countries marched along the beaches of Bali Island, Indonesia on August 27, 2016, prior to the annual Asian Falun Dafa Experience Sharing Conference.

The seemingly endless and spectacular procession amazed many locals and tourists, who had the special opportunity to appreciate the beauty of Falun Dafa. 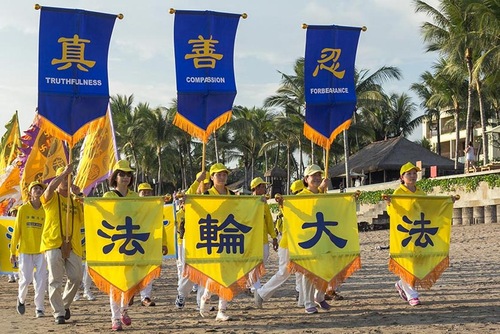 A glimpse of the parade along the beaches of Bali, Indonesia. The nine banners bearing nine Chinese characters, read, “Truthfulness, Compassion, Forbearance, and Falun Dafa.” 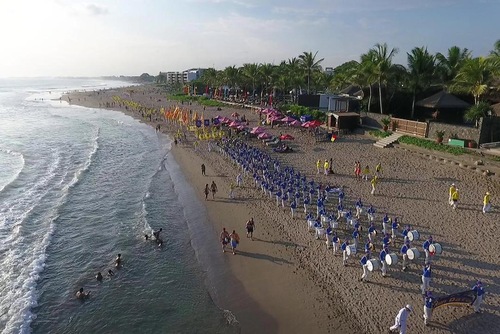 One hundred practitioners demonstrated the Falun Dafa exercises at Petitenget Beach before the parade began. The Tian Guo Marching Band, composed of 150 Falun Dafa practitioners from Indonesia and Vietnam, led the parade, followed by practitioners holding banners, flags of bright colors, and a waist drum team. 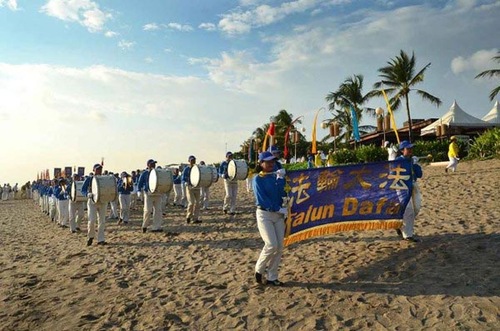 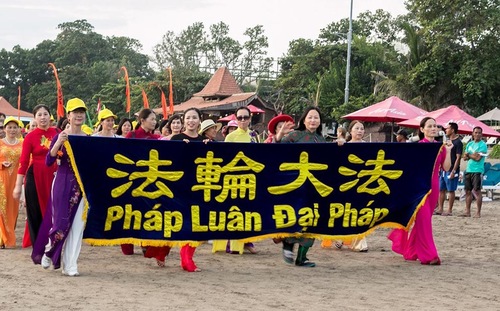 Practitioners from Vietnam in the parade. 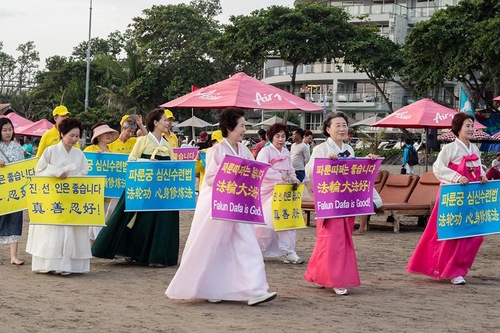 Practitioners from Korea in their colorful traditional costumes. 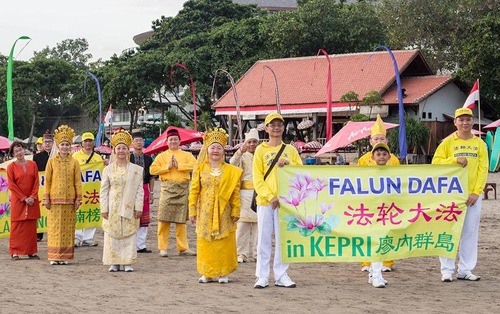 Practitioners from Kepri Indonesia in their traditional costumes. 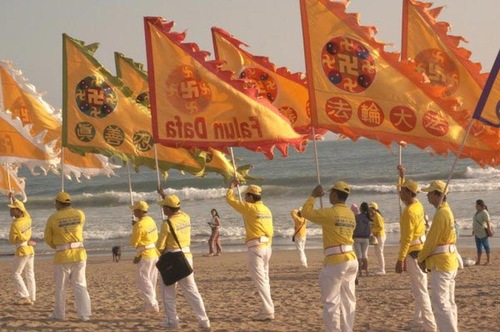 Local people and tourists were impressed by the peaceful exercise demonstration and unusual and wonderful parade along the beaches.

Some people were interested in the Falun Dafa exercises and asked how to learn to practice. Several tourists said that they planned to learn Falun Dafa cultivation practice after they returned to their countries. 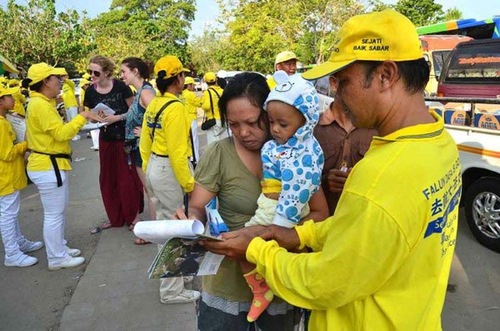 Tourists learn about the persecution of Falun Dafa and sign a petition calling for an end to the brutality.

Many people learned for the first time that more than 100 million people in over 100 countries practice Falun Dafa, and that the ancient practice has been brutally persecuted by the Chinese communist regime in China for 17 years.