(Minghui.org) After a hearing at the U.S. House Committee on Foreign Affairs and press conference in Ottawa, Canada, three renowned investigators testified at the European Parliament on June 29 against forced organ harvesting in China.

With more than 2,300 references, the recent update includes a large volume of information collected from media reports, promotional materials in China, medical journals, and hospital websites.

Outside the parliament in Brussels, Belgium, practitioners displayed banners, distributed fliers, and demonstrated the exercises to raise awareness of the atrocities committed against the peaceful practice in China. 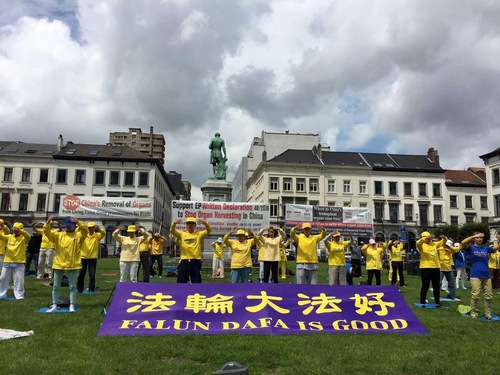 Falun Gong practitioners demonstrate the exercises outside the European Parliament on June 29.

Mira Zujeva, a former European Commission officer, now works at the European Parliament. When stopping to talk with practitioners, she said she was informed about forced organ harvesting in China, and based on what she has read, it is a severe case of human rights violation. 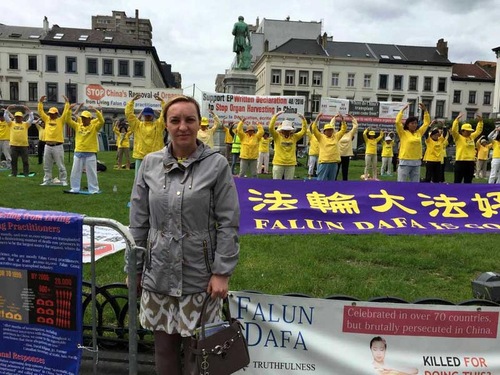 Mira Zujeva works at the European Parliament and is informed about forced organ harvesting in China.

Businessman Mr. Lozz said he was happy to meet Falun Gong practitioners when he came across the event. “China is largest country by population and forced organ harvesting is the most disgraceful act,” he said. “You should go tell all 28 EU Member States, and tell the entire world about this. Everyone should know it.”

Dr. Said, a dentist from Morocco, told practitioners that he had heard about organ harvesting before. “I did not pay attention to it because I did not know it was so bad,” he lamented. “To me, forced organ harvesting is the biggest sorrow of mankind.” 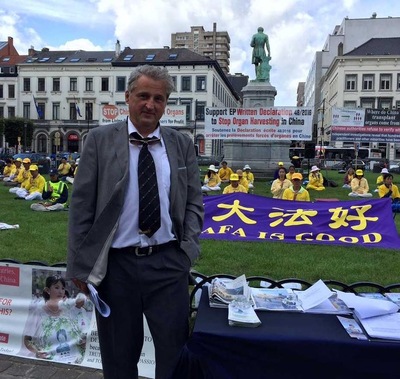 Saddened over those who had lost their lives for their belief, Dr. Said declared that he supports Falun Gong and hopes the European Parliament will take further action.

Police officer Mr. Deichmann was shocked by the tragedy in China. “Everyone should know what is happening,” he said. 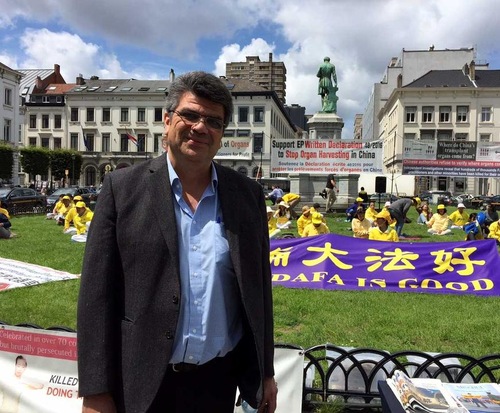 German architect Salazar said the situation in China will change if more people pay attention to this.

Salazar, a German architect, said it is important to inform people what is going on. “We cannot just look at this doing nothing. After all, this is an issue of universal human rights,” he said.