(Minghui.org) More than 200 Falun Dafa practitioners from different parts of India assembled in Nagpur for the Second India Experience Sharing Conference on July 15-17, 2016. They also held activities in remembrance of July 20, 1999, the day the brutal persecution of Falun Dafa in China began. 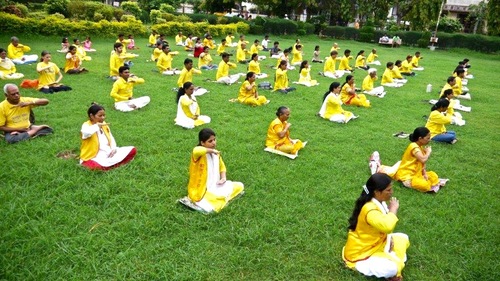 Practitioners meditate during events held in Nagpur on July 15-17, 2016 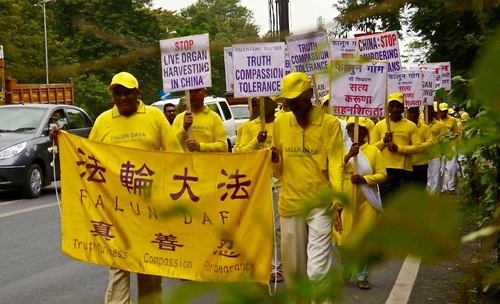 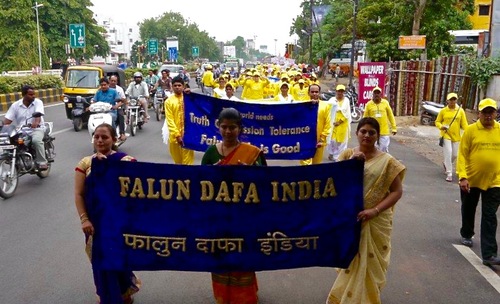 Practitioners hold a 5 km march in Nagpur to raise awareness of the ongoing persecution in China.

The practitioners held a 5 kilometer walk on Saturday, July 16, from Ambedkar Bhavan in Urvela Colony to Samvidhan Chowk near the Zero Mile marker, which is the center of India.

Thousands of people watched the march and took informational handouts to learn more about Falun Dafa and the persecution. 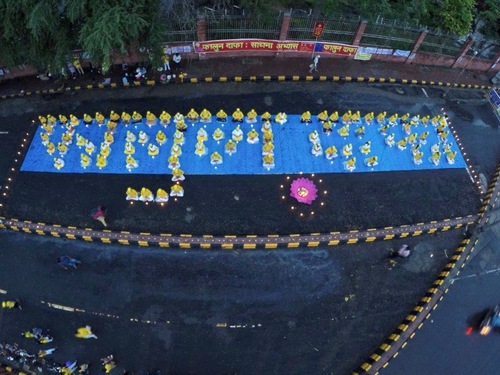 Practitioners form the words “Falun Dafa” in Hindi on July 16. 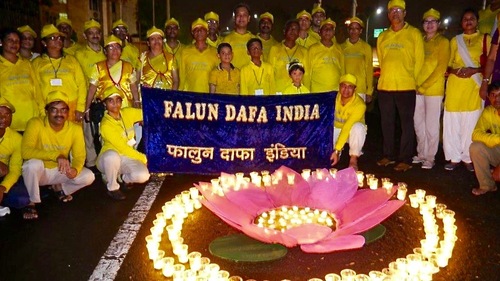 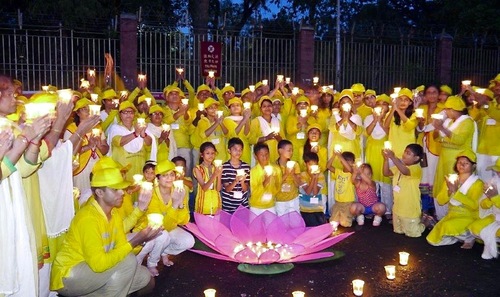 At Samvidhan Chowk, practitioners formed the words “Falun Dafa” in Hindi and held a candlelight vigil. Despite the constant drizzle, the practitioners carried on undeterred, drawing the attention of many spectators.

Several newspapers, including the Times of India and Hitavada, two leading newspapers in the region, reported on the events and on the persecution of Falun Dafa in China.

Soon after the experience sharing conference and other activities, practitioners in Nagpur gathered again on July 20, which marks the 17th year of the brutal persecution in China.

The group read Falun Dafa books together and held a candlelight vigil to commemorate the practitioners who lost their lives in the persecution in China. 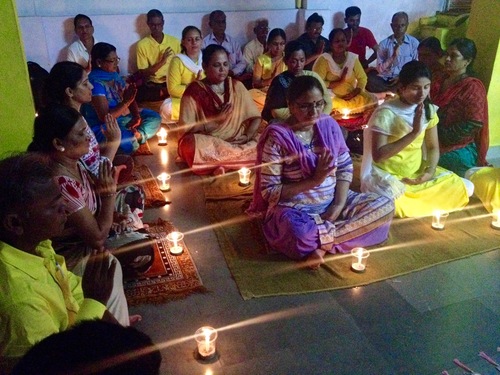 Practitioners participate in a candlelight vigil on July 20 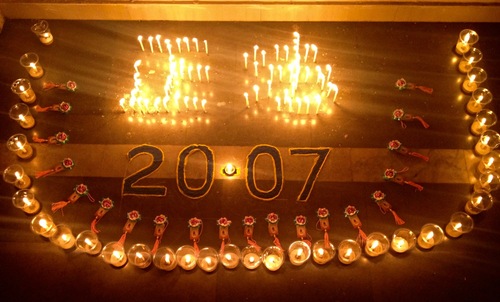 A tribute with candles for the 20th of July

“Woman Tortured to Death for Her Faith; Family Not Given Death Certificate Until Five Years Later”