(Minghui.org) The Hualien County Council of Taiwan passed a resolution on December 30, 2015, supporting lawsuits against the former head of the Chinese Communist Party (CCP), Jiang Zemin, for persecuting Falun Gong practitioners in China. The resolution also calls for the Chinese government to immediately stop persecuting Falun Gong, and implement a policy of ruling by law, as it has claimed. It is the fourth resolution of this kind in Taiwan, following resolutions in Kaohsiung, Taichung, and Yunlin. 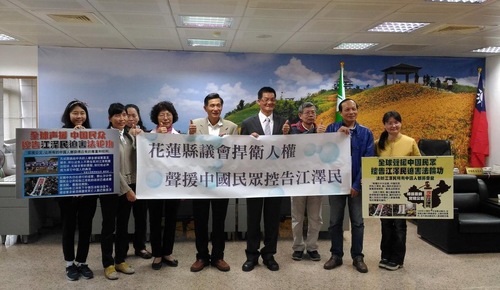 The Hualien County Council of Taiwan passed a resolution supporting lawsuits against the former head of the CCP, Jiang Zemin. 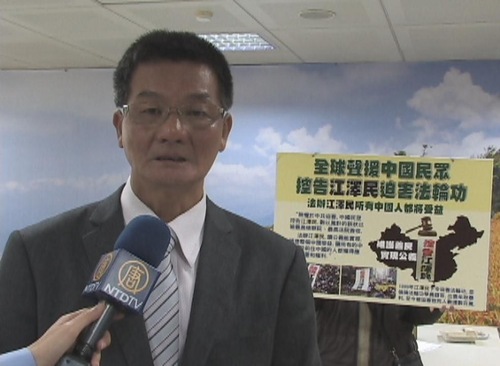 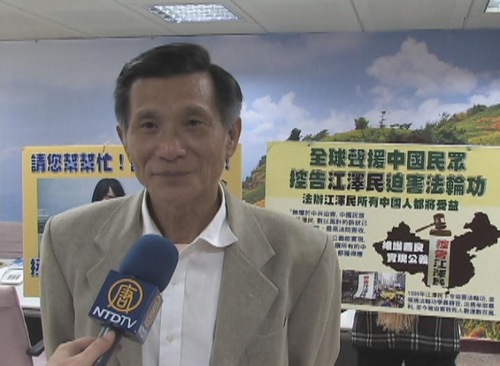 Mr. Zhuang Zhicai, Hualien County Councilor and co-sponsor of the resolution, demands Jiang be held responsible for the persecution. 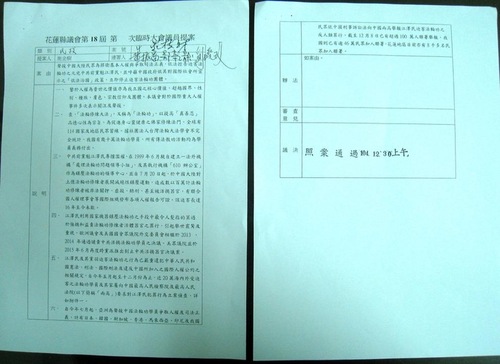 The resolution was passed unanimously by councilors of different parties.

Mr. Shih Jinshu, Hualien County Councilor and sponsor of the resolution, said the resolution was in agreement with trends around the world. He called for people of all circles to step out to safeguard human rights.

Co-sponsors of the resolution were Councilors Zhuang Zhicai, Huang Zhenfu, Zheng Qianlong, Liu Xiaomei, and others. It was passed unanimously by the 18th Hualien County Council. The resolution pointed out Jiang had abused his power as head of the CCP, and established the 610 Office, a system above the law, that is dedicated to Falun Gong issues. Jiang launched a genocidal persecution of more than 100 million Falun Gong practitioners nation-wide on July 20, 1999. Millions of Falun Gong practitioners have been imprisoned, murdered, tortured, and had their organs harvested for profit. Human right reports from the United Nations and other international organizations have confirmed that the persecution has been ongoing for the past 16 years.

Mr. Zhuang Zhicai said, “In addition to our strong protest against Jiang Zemin's human rights violations, we demand that Jiang be held responsible for his crimes. It will expose the crimes to the public, and help restore justice for Falun Gong practitioners.”

Since May 2015, more than 220,000 Falun Gong practitioners and family members have filed lawsuits against Jiang with the Chinese Supreme Court and Supreme People's Procuratorate. More than one million people around the world have filed criminal reports against Jiang, calling for the Chinese government to bring Jiang to justice, and stop the persecution.

On the upcoming presidential election, Mr. Zhuang said, “We call for our new president to put the human rights of Falun Gong on the table before any negotiations or agreements with mainland China.”