The practitioners from over 30 countries held the march to raise awareness about the persecution of Falun Gong in China and the recent wave of lawsuits against Jiang Zemin, former head of the Chinese Communist Party (CCP).

More than 180,000 people have filed criminal complainants against Jiang to the Supreme People's Procuratorate and Supreme People's Court in Beijing for his abuse of power in orchestrating the persecution of Falun Gong.

The European Divine Land Marching Band led the three-hour march through the heart of Vienna, starting at the Stephansplatz square. A dragon dance team entertained and “celestial maidens” greeted spectators, while an exercise demonstration upon a colorful float displayed the peacefulness of Falun Gong.

“Events like this should be held more often,” said a nicely-dressed man to a police officer. “They are so peaceful, but the persecution they suffer [in China] is horrible. I saw their event on Stephansplatz this morning and felt it was very good, very positive.” 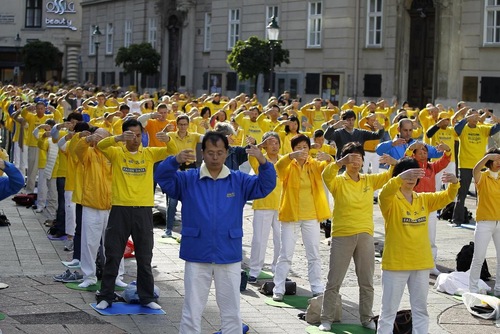 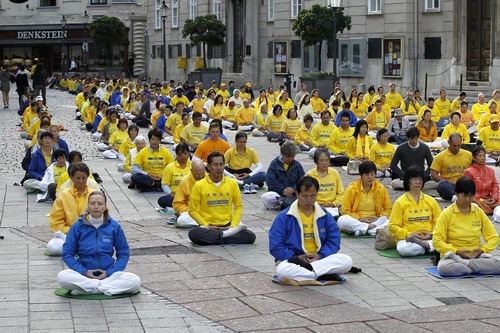 Meditating before the march. 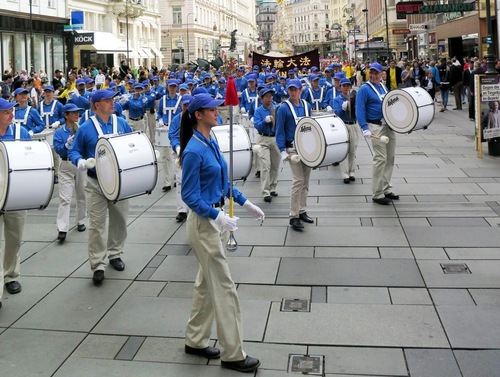 The grand march led by the Divine Land Marching Band. 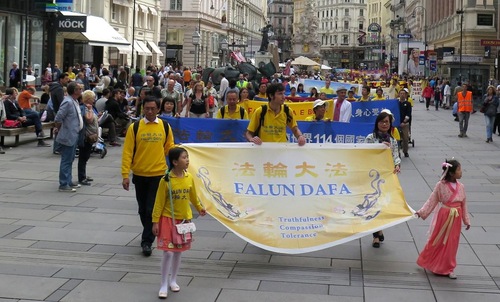 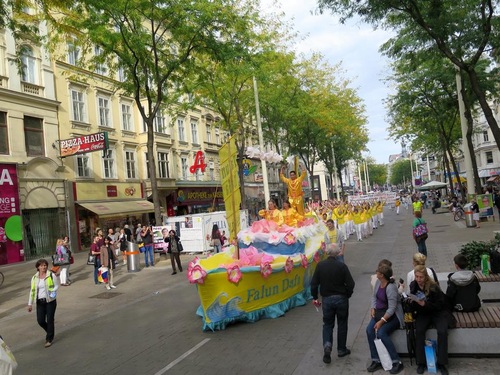 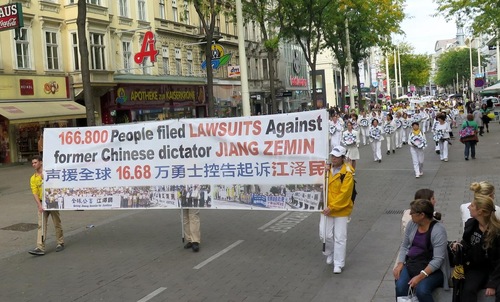 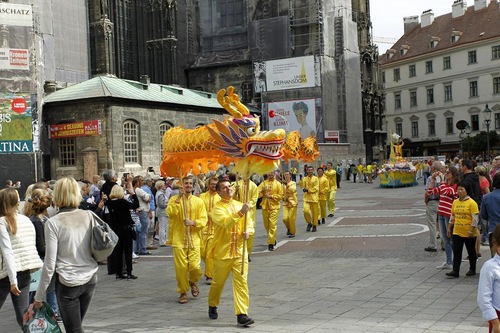 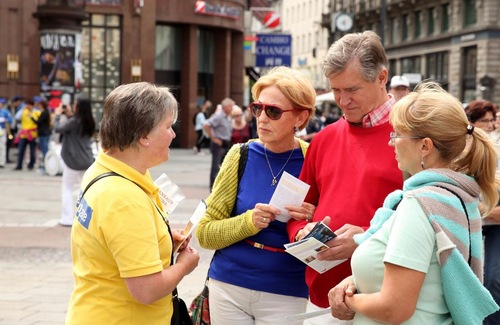 Passers-by stop to ask questions about the persecution of Falun Gong.

Supporting the Lawsuit Against Jiang 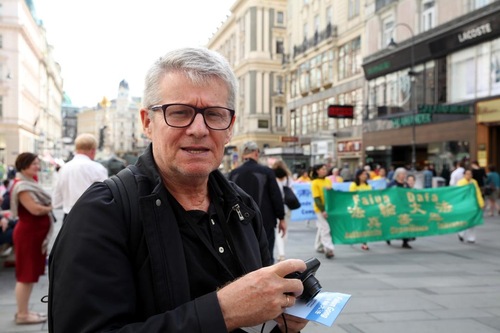 Georg Merenyi, a scholar of art history and ancient architecture, took many photos of the march. He said he was interested in eastern culture, especially traditional culture. He condemned the persecution of Falun Gong, saying not enough people are aware. 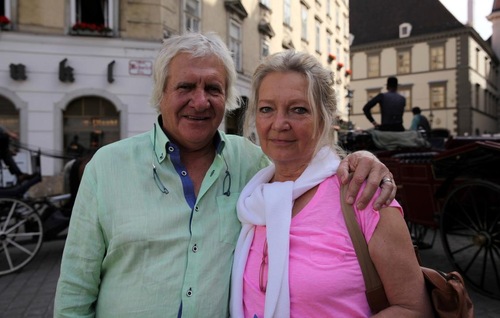 Ms. Susanne Vetter and her husband from South Africa think Jiang should be sued.

“I could feel the strong energy coming from the procession,” said former performing arts instructor Susanne Vetter, who was visiting from South Africa. Hearing that Falun Gong's teachings are based on Truthfulness-Compassion-Forbearance, she said, “That's why the CCP doesn't like Falun Gong. As these principles have inner power, the CCP fears it.”

She said that everyone should follow Truthfulness-Compassion-Forbearance. She was imprssed by the lawsuits against Jiang and said that he should be sued. 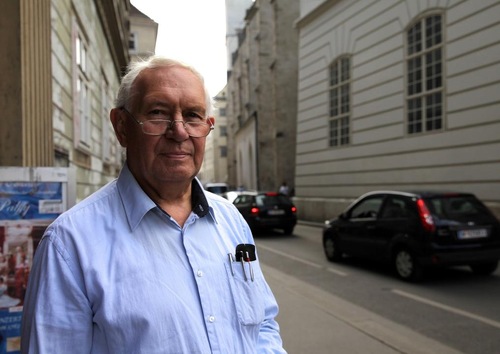 Retired civil engineer Johann Smidel: “Jiang must be sued without a doubt.”

Retired civil engineer Johann Smidel and his wife watched the march for quite a while. Seeing the truck with a reenactment of the CCP's torture, he asked his wife to get some photos. He said, “Jiang must be sued without a doubt.”

Smidel praised practitioners for taking legal action to stop the persecution and asked how he could help.

He said, “This persecution is unacceptable. We should actively support Truthfulness-Compassion-Forbearance.”

“Kindness and Sincerity Mark the Culture of Our Company”