(Minghui.org) A defense lawyer was dragged out of a courtroom and onto the street on July 2, 2015, after raising objections to legal violations during the trial. Four defendants were being tried for practicing Falun Gong, a spiritual practice violently suppressed by the communist regime since 1999.

The four practitioners were arrested in April 2014 for sending group text messages to raise awareness of the persecution of Falun Gong.

They testified during two hearings that the evidence against them was gathered through torture and coercion in police custody. Their lawyers argued that the evidence was inadmissible and that the charges were groundless, as there has never been a law in China criminalizing Falun Gong.

After two hearings in as many weeks, the joint trial of four Falun Gong practitioners was split into three separate cases, despite law requiring that those indicted together be tried together.

At the second hearing on July 2, lawyer Wang Yu repeatedly asked to dismiss the prosecution evidence gathered through torture. She also questioned why the judge did not issue advance notice of the trial date, as required by law.

When two other defense lawyers, Ms. Hu Guiyun and Mr. Feng Yanqiang, joined Ms. Wang in challenging his violations of legal procedures, the judge ordered that Ms. Wang be removed. Several bailiffs dragged her all the way from the third floor down to the first floor, crossed the courthouse courtyard, and tossed her into the street.

Accompanied by another lawyer Liu Lianhe (not involved in the case), who came to support the defendants, Ms. Wang went on to file complaints against the judge with the Sanhe City Procuratorate in Hebei Province. 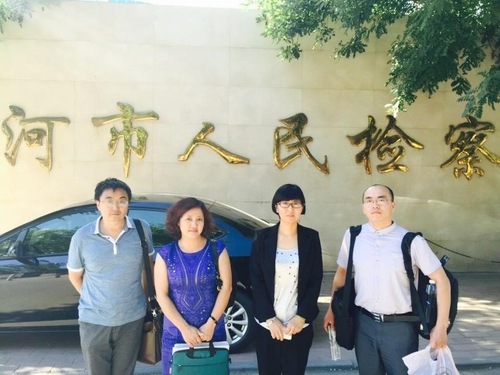 Lawyers Liu Lianhe, Hu Guiyun, and Feng Yanqiang, accompanied Wang Yu (second on the right) to file a complaint against the court's violations.

The unexpected violence prompted two defendants, Mr. Ma Weishan and Mr. Wang Zhanqing, to drop their lawyers in the middle of the hearing, in hopes that such a move would halt the court proceeding.

“The court's violation of law is outrageous. The lawyers' defense was ignored, and even their own safety was jeopardized,” Mr. Ma protested.

Instead of stopping the session, the judge gave Mr. Ma fifteen days to find another lawyer. He also split Mr. Ma from the case to be tried separately, which also violates Chinese law. Mr. Ma was asked to leave the courtroom.

Mr. Wang Zhanqing however, was told incorrectly by the judge that he wasn't allowed to hire another lawyer, because he had dismissed his lawyer before (he had reportedly been deceived by another judge into doing so).

The third defendant, Ms. Wen Jie, experienced several health episodes and was taken out of the courtroom by bailiffs. It was unclear whether she was taken to a hospital. The judge also split her out from the case.

With no lawyers left in the trial, the two remaining practitioners, Mr. Wang Zhanqing and Mr. Kang Jingtai, defended themselves. The judge ignored their defense and hastily adjourned the trial.

Mr. Wang Zhanqing and Ms. Wen Jie were detained for more than a year before their trial, which far exceeded the legally permissible term. Although the other two practitioners, Mr. Ma Weishan and Mr. Kang Jingtai, were released on bail in July 2014, they were closely monitored by the police at home.

The Sanhe Procuratorate returned the case twice to the police, in August and October last year, citing insufficient evidence. At the police's third attempt to charge the practitioners in December, the Procuratorate finally accepted the case under pressure from the 610 Office.

During cross-examination in the first hearing, prosecutor Na Shuang slurred over the evidence when reading the indictment. Neither the defense lawyers nor the defendants were able to hear her clearly.

At the second hearing, Na cited a cellphone and an MP3 player seized from the practitioners' homes as evidence to charge them for “using a cult organization to undermine the implementation of law,” a charge commonly used by the communist regime to sentence Falun Gong practitioners.

When the lawyers argued that the evidence was irrelevant, the judge either ignored their defense or stopped them from talking.

Police cordoned off an area within 200 meters (~650 feet) in front of the courthouse entrance. Hundreds of plainclothes and armed officers from Sanhe and nearby cities formed a tight perimeter, with dozens of police cars parked outside the courthouse.

Despite the trial officially being open to the public, local residents who came to attend the hearings were driven away by police.

A middle-aged man who came to the June 19 hearing was arrested and detained for seven hours after questioning the bailiffs for not distributing trial observation permits as promised. 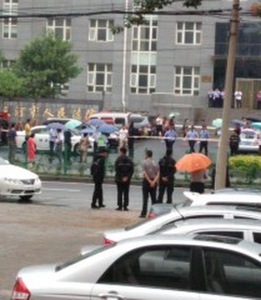 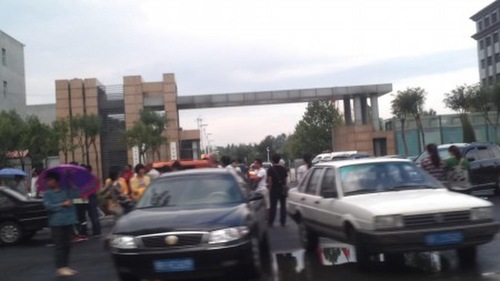 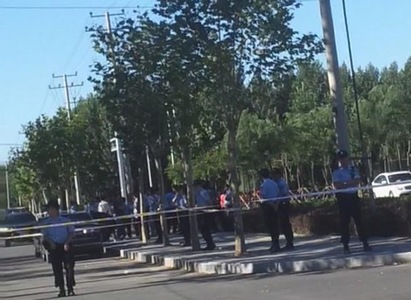 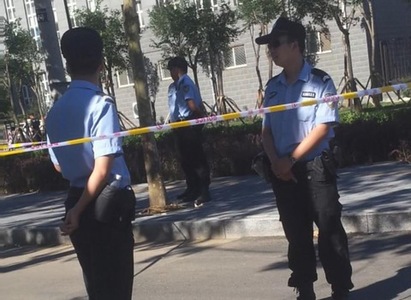 The local heads of agencies carrying out the suppression of Falun Gong–the 610 Office, Domestic Security Division, and Political and Legal Affairs Committee–were seen at the court's entrance giving orders to the bailiffs. 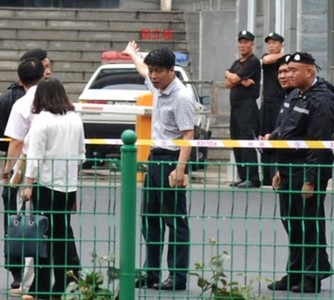