“Human Harvest” is a new documentary that follows Nobel Peace Prize nominees David Matas and David Kilgour as they investigate the atrocities of illegal organ harvesting in China, particularly of Falun Gong prisoners of conscience. They estimated that about 40,000 to 60,000 people have been killed for their organs in China.

The investigation started in 2006 after the ex-wife of a Chinese surgeon revealed that her husband had forcibly removed thousands of corneas from jailed Falun Gong practitioners. Her account is also highlighted in the film, along with organ transplant recipients who went to China for their surgery.

“With powerful testimonials about the intricacies of the trade and the human cost, including interviews with Chinese doctors who confide they’ve been coerced into removing organs from live political prisoners, this is a harrowing exposé of a fiendish system of forced organ donor transplants,” commented Noel Holston from the staff of the 74th Annual Peabody Award Winners, about the documentary. 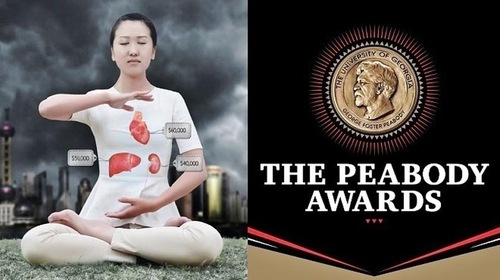 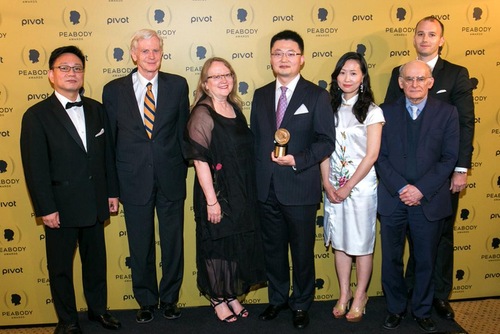 The film was written, directed, and produced by filmmaker Leon Lee, principal of Flying Cloud Productions in Vancouver, Canada. He said, “The scale and cruelty of this crime against humanity is hard to grasp, and perhaps the biggest challenge for the filmmakers was to try to tell a story that is too horrific to believe. Yet the facts are convincing.”

“This award really belongs to David Matas, David Kilgour, Ethan Gutmann, and the many others who work tirelessly to bring an end to this crime against humanity. It belongs to the innocent Falun Gong practitioners and other prisoners of conscience in China. I am honored to help tell their story,” said Leon in his brief acceptance speech.

“Facing such a crime against humanity, as a human being you have a decision to make.” said Leon. 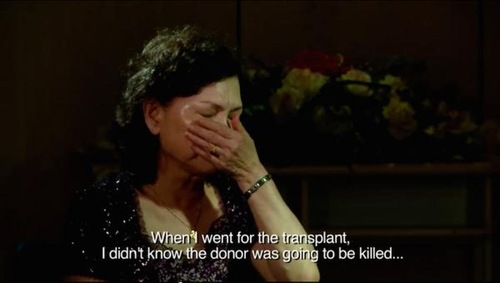 “When I went for the transplant, I didn't know the donor was going to be killed.” said the recipient of a kidney transplant. (Screen shot of the film) 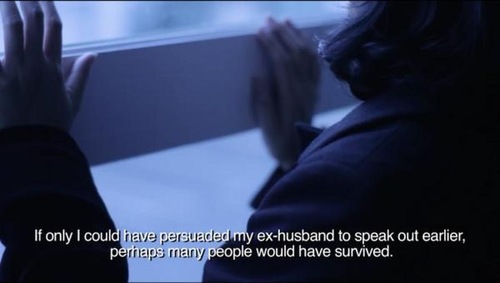 “If only I could have persuaded my ex-husband to speak out earlier, perhaps many people would have survived.” said the ex-wife of a surgeon involved in the forced live organ harvesting in China. (Screen shot of the film) 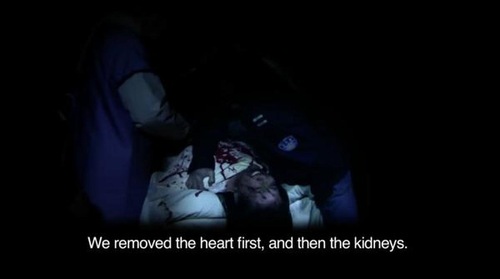 “We removed the heart first, and then the kidneys.” said a police officer on the spot of the forced live organ harvesting. (Screen shot of the film)

Standing with him on stage was Crystal Chen, a woman who was arrested five times in China for practicing Falun Gong. She was arrested for simply following the universal principles of Truthfulness-Compassion-Forbearance.

“She was forced to undergo multiple blood tests in the labor camp,” said Leon, speaking about Crystal. “If any one of those tests came up as a match for an organ transplant, she wouldn’t be here with us tonight. Every day, there are people who aren’t as lucky as her, and we can’t stop our work until forced organ harvesting in China is ended.”

“Everyone in tonight's reception has a common feeling. That is individuals, organizations and countries knowing the facts must take immediate action to have more people know this and to stop the crime. It was the topic talked most tonight.” Said Leon during the interview.

The film was aired on national television SBS in Australia on April 7, 2015. Several mainstream newspapers including Sydney Morning Herald carried reports about the film broadcast. This led numerous concerned citizens to speak out against organ harvesting atrocities, and were shocked to discover that the whole process appears to be state-sanctioned. The film will be broadcast in national television CBC in Canada on June 16.