Jiang Zemin is being targeted by the lawsuits because he overrode other Politburo standing committee members in 1999 to launch the violent persecution of Falun Gong, a spiritual practice based on the principles of Truthfulness-Compassion-Forbearance.

Chinese law allows citizens to be plaintiffs in criminal cases. In recent weeks a growing number of practitioners have been stepping forward to file criminal complaints against China's former dictator, despite the risk of being persecuted for speaking out.

For remaining steadfast in his spiritual belief, her husband has been brutally beaten by prison guards and inmates, held in solitary confinement for more than 40 days, and forced to do hard labor. 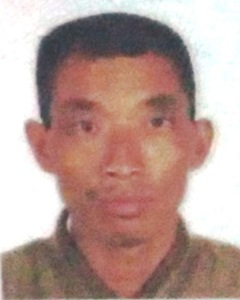 Mr. Li was abducted from their home in a rural village in July 2012. Police ransacked their home, confiscated their personal property, including money, and later tortured Mr. Li to extract a "confession."

Mr. Li was eventually sentenced to four years in prison. For more than a year his wife and other family members have been denied the right to visit him.

Ms. Qin's criminal complaint holds Jiang Zemin responsible for abusing his position of power to launch the persecution of Falun Gong, an act that violated China's Constitution, criminal laws and international laws. Ms. Qin's complaint called for Jiang and all others involved in the persecution to be brought to justice.

She called for the release of her husband, and for the regime to restore the reputation of Falun Gong. She is also seeking compensation for the damage done to her family.

Ms. Qin said her husband is widely respected in their community for his kindness and generosity. He left a deep impression on local villagers when he used his own money to repair a road.

To call for the unconditional release of Mr. Li, villagers from his hometown used their fingerprints, rather than their names, to petition. 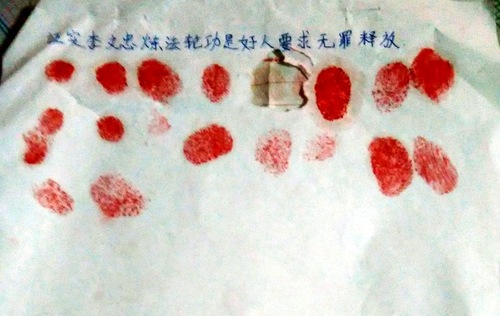 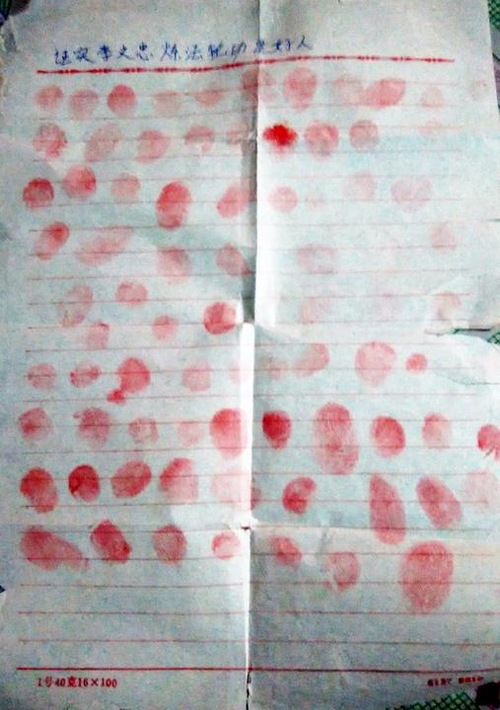