(Minghui.org) April 25, 2015 marks the 16th anniversary of a peaceful demonstration held by Falun Dafa practitioners in Beijing. This time of year consistently sees a spike in the communist regime's suppression of the spiritual discipline: at least 82 practitioners were sentenced to prison and 589 were confirmed arrested in April.

At least 1450 practitioners were arrested in the first four months of this year, including Professor You Zhaohe of China University of Political Science and Law, retired Associate Professor Xu Kun of Beijing College of Politics and Law, former county head Li Xiaobo of Pujiang, Sichuan Province, and entrepreneur Yu Ming of Shenyang. 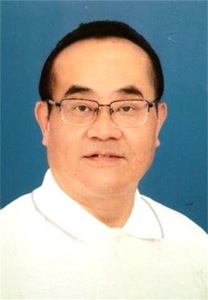 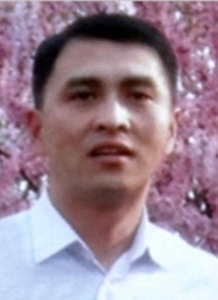 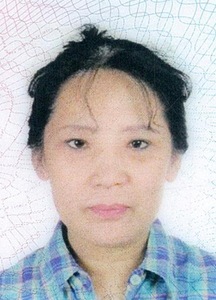 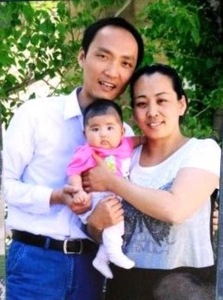 The three provinces or municipalities with the most practitioners arrested in April are Shandong (106), Liaoning (84), and Beijing (42). 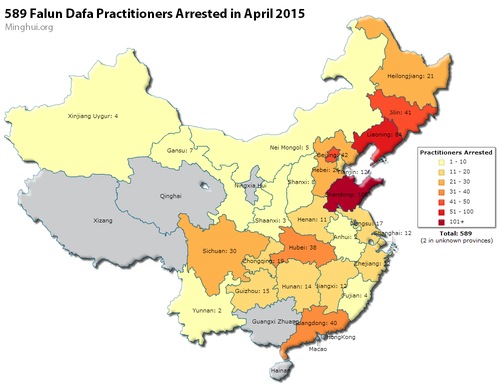 The 610 Office directs police to arrest practitioners on a predetermined list. All of the practitioners were arrested at home. Their homes were then ransacked by police, and some of their personal belongings were seized.

Overnight on April 18, 43 practitioners were arrested under the coordination of Dandong Police Station in Liaoning Province. Over 1,000 officers participated in the campaign. Police in Shenzhen, Guangdong Province arrested more than 20 practitioners practicing the Falun Dafa exercises in Sihai Park on April 22.

The three provinces with the most practitioners sentenced in April are Liaoning (19), Shandong (12), and Henan (9).

Most of the practitioners sentenced were given prison terms of between 3 and 5 years. One practitioner in Sichuan and another in Xinjiang each got 8 years in prison. 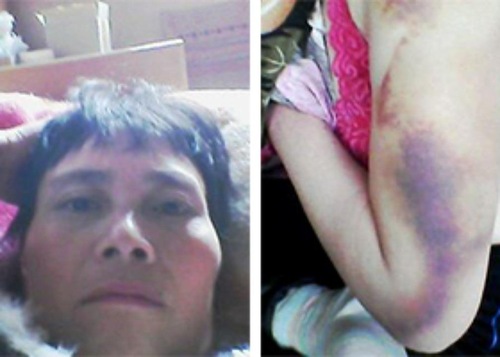 Practitioner Tian Xiaoqin after being beaten by police

Practitioner Tian Xiaoqin of Yi County, Hebei Province, was arrested on March 24, 2015, for talking to people about the persecution of Falun Dafa. Officers tied her to a metal chair and beat her with rubber baton, covering her back, arms, and buttocks in cuts and bruises.

Officers again beat her on the fourth day. She protested the beatings by holding a hunger strike and was released ten days later. Police also extorted 1,800 yuan from her family during her detention.

“Jiang Zemin and the Party’s Douzheng Campaign against Falun Gong”