(Minghui.org) Falun Gong practitioners, representing the Chinese community in the Toronto area, were again invited to participate in the annual celebration of “International Day for the Elimination of Racial Discrimination” hosted by the York Regional Police. The event was held at the Markham Event Center in the York region of Toronto on April 12, 2015.

Practitioners have participated in this event for the past 13 years, sharing the benefits of Falun Gong and raising awareness of the persecution of the practice in China. The police chief thanked the practitioners for their continued support and contribution to the multicultural community of Toronto.

When Detective Constable Mark Topping, who works at the Hate Crime Unit in the York Regional Police learned that practitioners in China were being brutally persecuted by the Communist regime for their belief in Falun Gong, he said to a practitioner: “Within my jurisdiction, including the entirety of Canada, if you or any Falun Gong practitioners are subjected to any harm or threat, I will offer help at any time.”

York Regional Police Chief Mr. Eric Jolliffe warmly greeted each practitioner at the Falun Gong booth and thanked them for their participation. 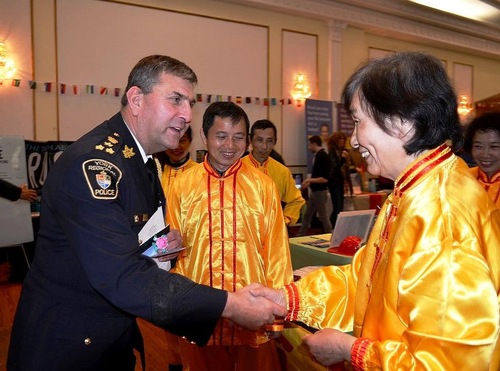 York Regional Police Chief Eric Jolliffe thanks Falun Gong practitioners for their participation in the International Day for the Elimination of Racial Discrimination. 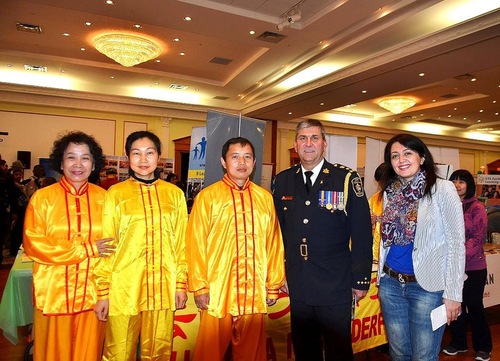 Police Officers Concerned About the Persecution of Falun Gong in China

More than a dozen police officers visited the Falun Gong booth over the course of the event to learn about Falun Gong and the persecution in China. Several signed a petition calling for an end to the Chinese Communist regime's state-sanctioned forced organ harvesting from living Falun Gong practitioners. 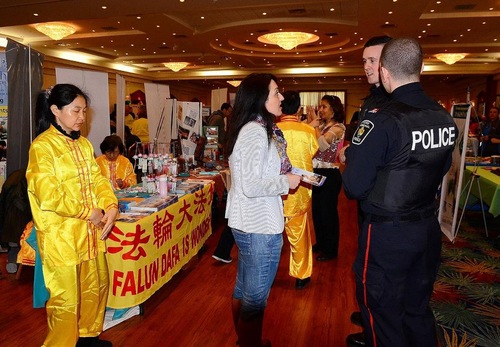 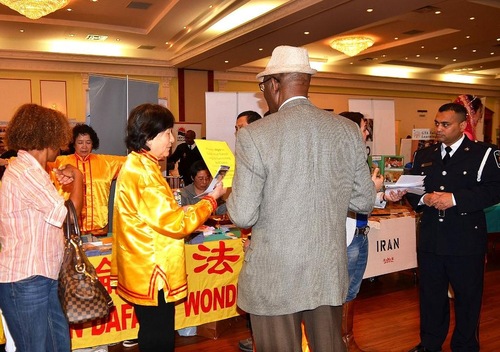 Police officers and local residents learn about the persecution of Falun Gong in China.

A police officer watched the Falun Gong exercise demonstration for a long time. She said that the practice made her feel comfortable. She was surprised to learn that such a peaceful practice has been persecuted for almost 16 years in China. She found it hard to comprehend. She felt that the forced organ harvesting from living practitioners was an even more horrible crime and immediately signed the petition to call for its end. 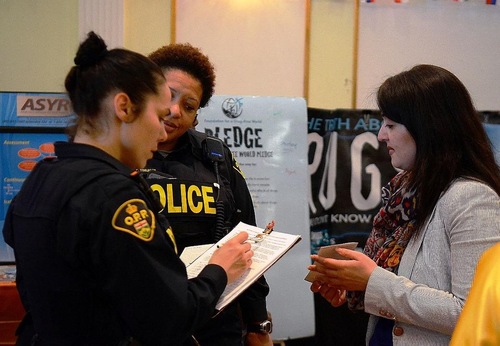 A police officer signs a petition calling for an end to the Chinese regime's forced organ harvesting of Falun Gong practitioners and other prisoners of conscience.

A middle-aged man signed the petition and told a practitioner that he was a member of Parliament. He asked for more detailed information about Falun Gong and the persecution in China.

Many people were drawn to the Falun Gong exercise demonstration accompanied by gentle and peaceful music, with many expressing an interest in learning the practice. 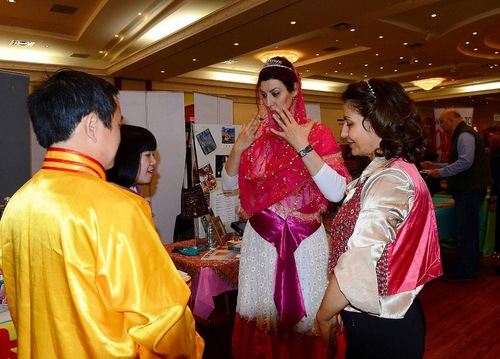 Two women were drawn to Falun Gong's peaceful energy, and learned the exercises during the event.

“The Group Environment Enables Us to Improve as a Whole Body”