The Minghui website receives copies of criminal complaints against Jiang from many practitioners daily. In this report, we present a snapshot of some of the lawsuits received by Minghui on November 13-14, 2015.

These cases, including a 74-year-old mother seeking justice for her 29-year-old son's wrongful death and a middle-aged woman suing Jiang for the death of her mother and brother, highlight the brutality of the persecution that has claimed many lives.

Ms. Wen Huilan, 74, submitted a criminal complaint against Jiang Zemin on August 11, 2015. She documented the persecution that her entire family suffered for practicing Falun Gong. In particular, she was seeking justice for her son, Mr. Chen Xiangrui, who was beaten to death just one day after his arrest in 2003. He was 29. 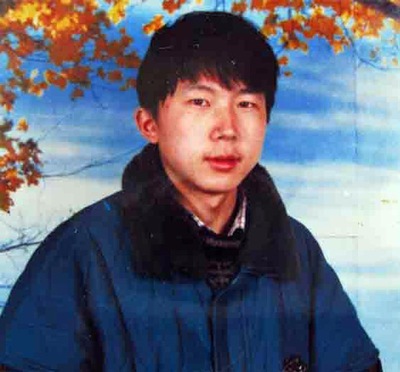 According to Ms. Wen, the police broke into their home on the evening of March 11, 2003 and arrested Mr. Chen. He was held in police custody and interrogated overnight.

The police brought Ms. Wen and her family to a hotel on the next evening. Ms. Wen was heartbroken to see her son lying dead on a table, his body covered with wounds. A bone was fractured at the back of his head, blood seeping from his nose, and the toes of his left foot broken. Without the family's permission, the police cremated Mr. Chen's body that evening.

Ms. Wen documented the family's suffering in her complaint.

“Our son's death was a great shock to my husband, who also practiced Falun Gong and was repeatedly persecuted for his belief. He was sentenced to one year of forced labor in 1999, and arrested and detained many times. Under the great mental pressure from the persecution, he passed away in 2013, filled with grief.

“My daughter and I have also been arrested and detained several times at brainwashing centers. The people who were sent by the police to monitor us would stay outside our home overnight. The past 16 years has never been easy for us. For 16 years, we had no freedom. ”

Ms. Dong Xinhua, 57, a resident of Los Angeles, filed a criminal complaint with the Supreme People's Court and Supreme People's Procuratorate on July 27, 2015, suing Jiang Zemin for the death of her mother and brother.

Ms. Dong's family, including herself, her mother, three sisters, two brothers, and her niece, have been practicing Falun Gong since 1994. They all experienced significant health improvement and found peace in their lives.

Their happy lives, however, ended when the persecution of Falun Gong started in 1999. Because they would not give up their belief, many of them were arrested, sentenced, and tortured.

Brother Died after Being Bedridden for Ten Years

Ms. Dong's brother, Mr. Dong Xinran, was sent to a brainwashing center twice and sentenced to three years of forced labor in October 2001.

He suffered several forms of torture while in detention, including sleep deprivation, beatings, electric shocks, burning with cigarette butts, and having toothpicks shoved under his toenails. On top of all the torture, he was also forced to do hard labor for long hours.

Mr. Dong was released on medical parole in December 2001, but was arrested again in April 2004 after moving from place to place for a year to escape the persecution. He was sent to Shenyang Prison and severely tortured for two months.

When his wife visited him at the hospital, Mr. Dong was emaciated and unconscious. He had injuries from electric shocks and cigarette burns all over his body. Darkened clots of blood in his mouth were from forced feeding. His right wrist was fractured.

Mr. Dong was soon released on medical parole, but never recovered. Bedridden for ten years, he passed away on November 12, 2013 at the age of 58. 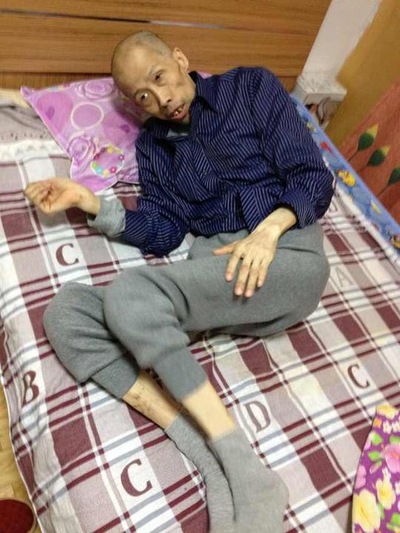 Mr. Dong Xinran became disabled and was bedridden for ten years due to torture

Ms. Dong's mother, Ms. Liang Yuqin, was also arrested and sent to a brainwashing center twice. Her home was ransacked three times. At the age of 73, she had to move from place to place for six months to escape arrest.

Her two sons, Mr. Dong Xinran and Mr. Dong Yiran, were fired from their jobs due to the persecution and had to rely on their mother's small pension. After Mr. Dong Xinran was tortured into disability, Ms. Liang took responsibility for taking care of him.

Worse still, the government forcibly demolished their home in November 2007. With her bedridden son, Ms. Liang faced extreme mental and financial pressure. She passed away in July 2008 at the age of 79.

“My View on Affection Between Men and Women”