Since May 2015, 180 thousand criminal complaints have been filed against Jiang for launching and directing the persecution of Falun Gong in China. The lawsuits have been echoed in multiple Asian countries and areas. As of October 1, 2015, nearly 550 thousand citizens from Taiwan, South Korea, Hong Kong, Japan, and other countries have signed criminal report forms demanding that China's Supreme Procuratorate prosecute Jiang Zemin. 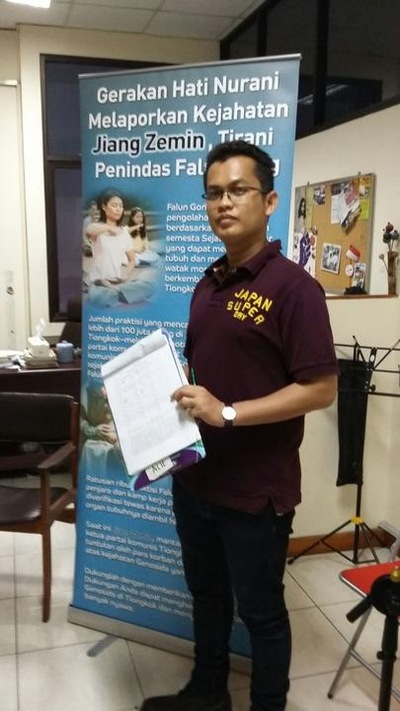 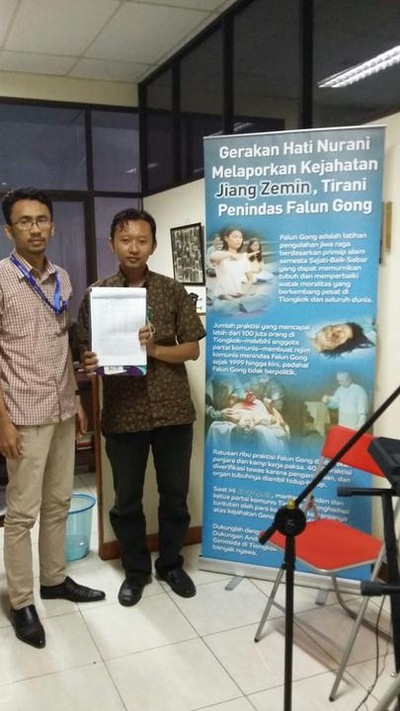 Falun Gong practitioners in Jakarta visited the Jakarta Legal Aid Institute on September 14, 2015. They informed the staff members of the grand wave of suing Jiang Zemin in China, and collected signatures from them to support the lawsuit.

Mr. Alghifari Aqsa condemned the human rights violations, and called for bringing the chief culprit to justice. He also encouraged the practitioners to widely spread the news, so that more people will become aware and offer support.

Many of the institute's senior leaders and lawyers signed the criminal report forms to show their support. 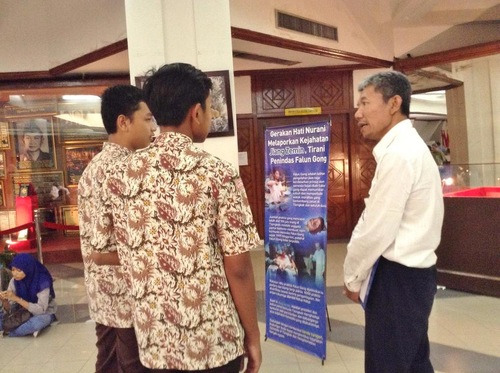 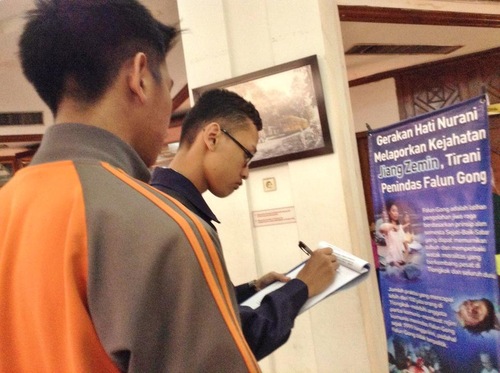 Many teachers and students condemned the CCP brutality, and asked how they could help stop the human rights persecution. Many of them signed the criminal report forms to support the lawsuits against Jiang Zemin. One student said that he wanted to help collect signatures, “because we must take action,” he said.

Bali People: “It's Intolerable, and the Perpetrators Must be Held Accountable” 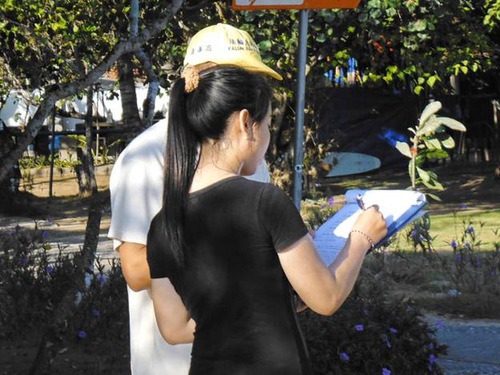 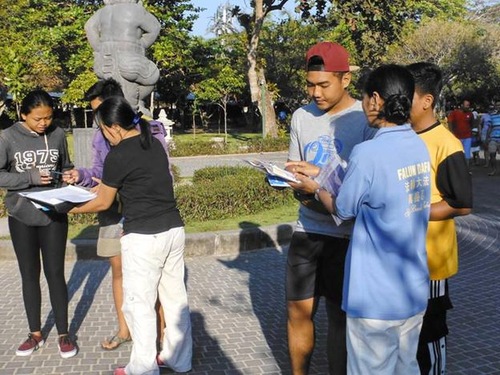 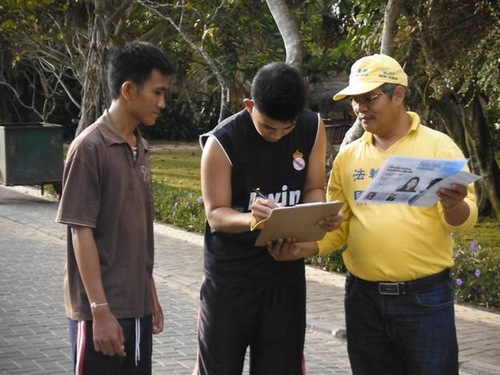