The practitioners collected petition signatures from passersby, to support the lawsuits against Jiang and to call for an immediate end to the forced organ harvesting. 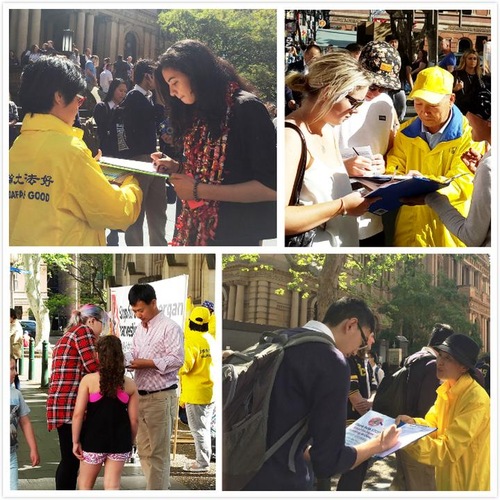 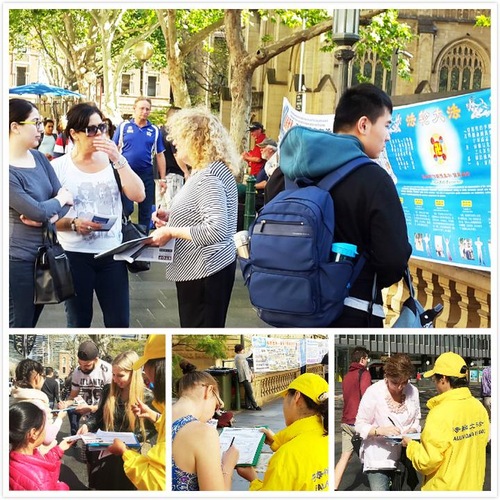 “For Those Whose Human Rights Were Trampled Upon”

Has Albow and Mohd Swl are from the Middle East. They both signed the petition calling for an immediate end to organ harvesting from living practitioners.

Mohd said that they both came from an authoritarian country, “I can understand what is happening in China and how you feel.” “We all need freedom and human rights.”

Albow continued, “I heard that you are suing the former dictator, Jiang Zemin. I believe that you should very much sue him, for those whose human rights were trampled upon under his rule. We should do everything we can for human rights.” 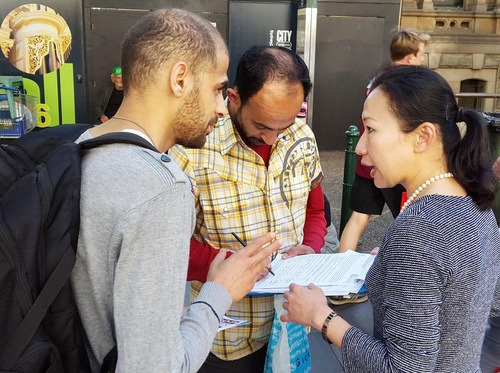 “This Should Stop Happening”

Michael McCabe signed the petition after reading the posters for a long time. “For many years I have seen you talking to people about the persecution of Falun Gong in China.” “I hope this is the last time I sign a petition, because this should stop happening.” 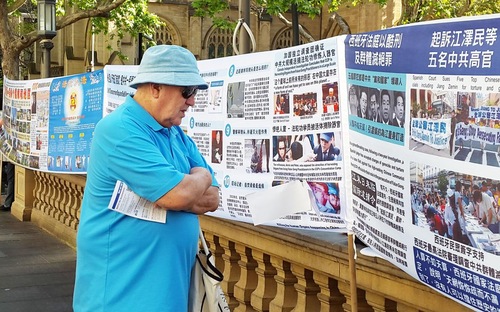 After Corinne heard about Falun Gong and the persecution, she said that suing Jiang was a must. “All dictators should be prosecuted. I will let more of my friends know about this so that they can sign the petition to help end the forced organ harvesting.”

Nehemiah Nyatnga is an anesthetist for organ transplant surgeries in a hospital in England. He read the posters and said, “Why is this still happening after so long? It's terrible.” He said he would share the information with his coworkers at the hospital. 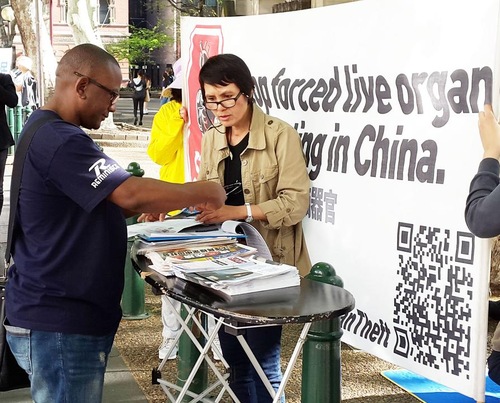 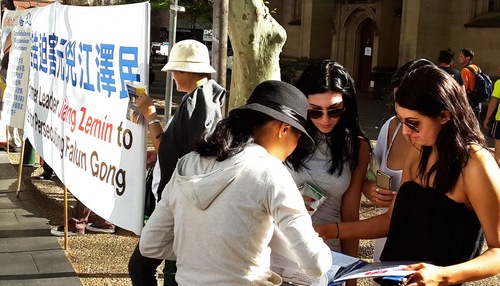 Jessica and Rachel sign the petition to protest the persecution.

A young Chinese woman read the posters in Chinese and English. She then signed the petition. She was shocked to learn that over 180,000 people had filed lawsuits against Jiang in China. “Really? It just shows how evil Jiang is. You should sue him.”

She pointed at the posters and said that all the information on the persecution was banned in China. When the practitioners told her the extent of the persecution cruelty, she seemed very shocked. She said that she would try to find out more on the Internet.