(Minghui.org) Sikkim is a small state in the Himalayan region of northeastern India, bordered by Bhutan, Tibet, and Nepal. Hailed as one of the world's last utopias, Sikkim is arguably among the loveliest destinations in India.

A Falun Dafa practitioner in Delhi had a strong feeling that the people in Sikkim were waiting to hear about the meditation practice. So, without any leads or contacts, she set out to bring Falun Dafa to the remote region.

After a long train journey and a lengthly bus ride up winding roads, she reached Sikkim. All the tribulations of travel melted away when she was greeted by warm, smiling faces.

With a rich culture and tradition, Sikkim is probably India’s most charming and friendly state. Environmentally aware, it thrives on international and lndian tourism. Immigrants from the nearby states of Assam, Bengal, Bhutan, plus Nepal, Tibet, and Myanmar, have blended their cultures, traditions, and religions in a living demonstration of peaceful co-existence.

The people took to Falun Dafa as if they had been waiting for it, although nobody seemed to have heard of it before. Once they understood that the practitioner was keen to spread awareness of Falun Dafa, they were very helpful in introducing the practitioner to different contacts. 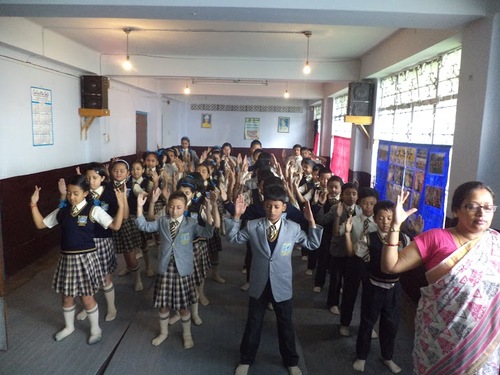 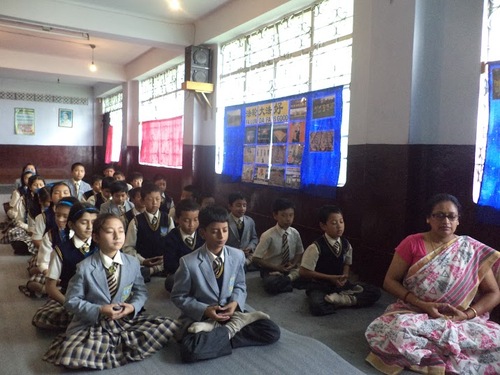 Teachers learned the exercises along with their students.

The practitioner introduced Falun Dafa at three schools, where students as well as teachers learned the five exercises and the principles of Truthfulness-Compassion-Forbearance. They expressed concerned about the human rights violations in China after the practitioner played videos about the violent persecution of practitioners by the communist regime. 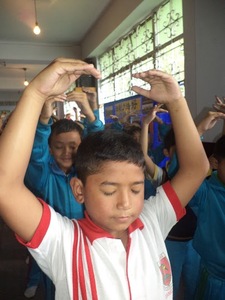 People took to Dafa as if they had been waiting for it.

A TV interview with the practitioner was telecast on the local channel. Several journalists and reporters were interested in knowing more about Falun Dafa and published articles in several English-language newspapers. One journalist promised to write an article in her magazine.

The practitioner then visited Kalimpong in the nearby state of West Bengal. The people, the culture, and the religion are very similar to those of Sikkim. 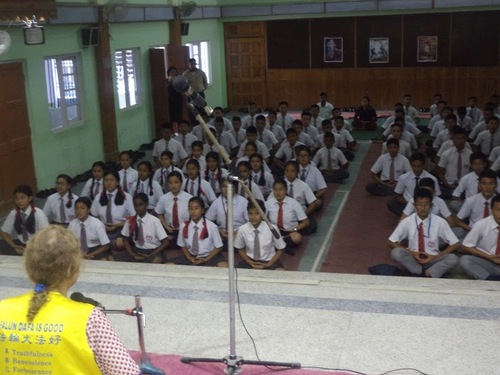 Many students and teachers learned about Falun Dafa.