(Minghui.org) Mr. Huang Guangyu and his wife Ms. He Wenting are both talented artists and Falun Gong practitioners. They were arrested while passing out anti-firewall software, tried, and illegally sentenced to prison.

Mr. Huang is a PhD candidate at the Institute of Modern China. His studies are focused on the methods and essence of classical painting. Other artists have offered high praise for his artistic skills. 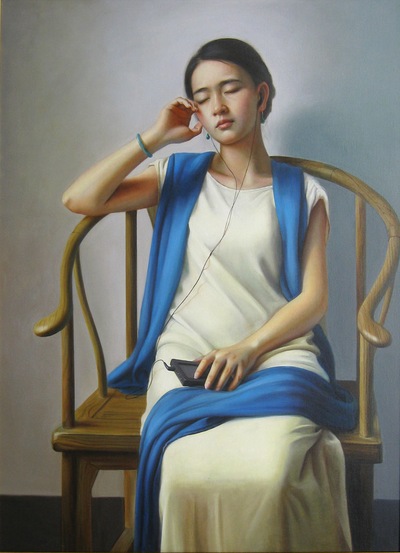 His wife is equally talented in the arts. Ms. He was invited to become a member of the Yongzhou Writer's Association at a young age. She published numerous novels and comics in several newspapers. Teachers and classmates considered her a rising star.

The couple considered their cultivation practice of primary importance in their lives, so they took many opportunities to expose the persecution in their academic milieu.

The Guangdong Foreign Language and Trade College has an underground walkway known as the “Tunnel of Culture,” which connects college classrooms with students' living quarters. As classes end around five, the tunnel becomes crowded and lively. 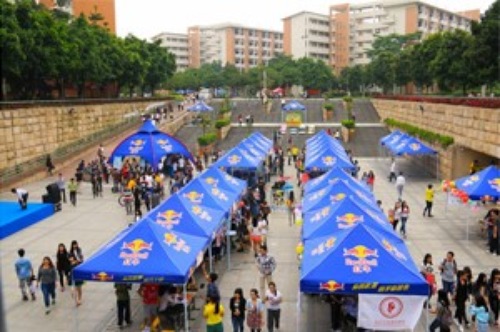 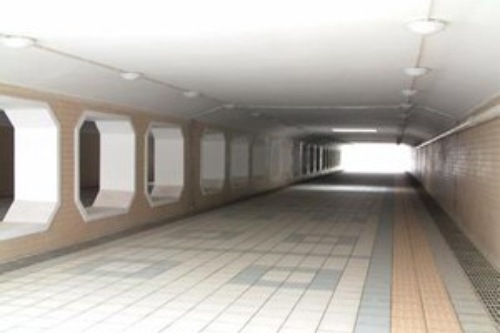 On December 19, 2013, Mr. Huang and his wife stood in the tunnel, distributing software that breaks through the Chinese regime's Internet blockade and exposes the persecution. A school staff person, Chen Sixin, monitored the tunnel on a campus surveillance camera and spotted the couple. She immediately notified campus security.

Security guards named Deng Xiong, Zhu Yahui, and Yin Shengcai, and several others approached the two and searched their bags. They confiscated several hundred copies of anti-firewall software. Then the guards took them to the Xiaoguwei Police Station.

Ms. He was arrested the first time in 2009 at her studio for telling others about Falun Gong. A policeman grabbed her by the hair and slammed her head against the wall, all the while cursing at her. She was detained for 15 days.

Following her most recent arrest in December 2013, Ms. He managed to smuggle her diary out of the detention center, revealing the torture and humiliation she went through.

“How I wanted to paint again, everything I have gone through: the feeding tube, the handcuffs, the iron window, the logo on the uniform! I saw clearly the bruises on my hands, the dried blood on my lips, my bare feet, the filth in my hair....tears run down my cheeks again....”

This young couple was tried on May 20, 2014, at the Panyu District Detention Center. Their hopes and dreams were shattered when the court announced their sentencing in August 2014.

They were illegally sentenced to 3 years and 3 months for distributing anti-firewall software at a college campus. Their family has hired an attorney to appeal their case.

“A Close Look at the Brainwashing Industry in China: Revenue II (Part 4 of 4)”

“Miraculous Recovery of a Fifteen-Year-Old Boy with Lymphoma”