(Minghui.org) Falun Gong practitioner Ms. Li Liefeng, 47, died as a result of persecution on July 10, 2014. She had been repeatedly illegally arrested, detained, and tortured for the past 15 years.

Ms. Li endured all types of physical and mental tortures in labor camps and prisons, including solitary confinement, being shocked with electric batons, forced to stand facing a wall, eyes sprayed with irritant, and deprived of sleep and food. 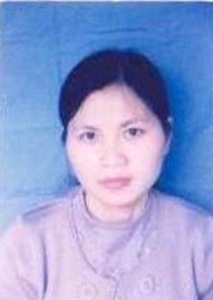 Ms. Li was arrested at home on March 20, 2007. The police took turns interrogating her overnight. She was shocked with electric batons, beaten, and threatened. 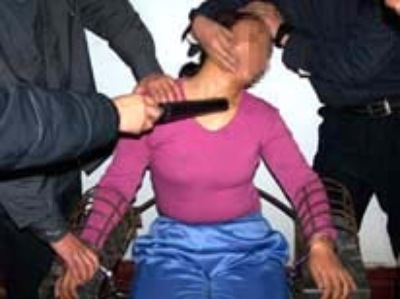 She was taken to the Nanchang No. 1 Detention Center the next day. She was illegally sentenced to three years in Nanchang Women's Prison on August 20, 2008.

Ms. Li endured all types of physical and mental tortures in prison, including being forced to stand facing a wall, and deprived of sleep and food. She was monitored and abused by several inmates and denied family visits.

In mid December 2008, she was forced to stand facing a wall continuously and not allowed to sleep. Two inmates took turns watching her. They sprayed her eyes with diluted essential balm, kicked her, and hit her face with the mop handle whenever she fell asleep. She was forced to watch videos and read articles that slandered Falun Gong. She was also deprived of food.

In order to “transform” her, the guards escalated the persecution in March and May 2009. They did not let her brush her teeth, wash her face, or change clothes. She was beaten and sworn at. She became emaciated and her weight dropped to about 60 pounds. They forced her to stand facing a wall continuously for 22 days. She became disoriented and had hallucinations. She later contracted tuberculosis in December 2009.

When she was released on March 10, 2010, many of her organs had been damaged, especially her lungs. She never recovered from the last round of persecution and died four years later on July 10, 2014.

Several days after she was released from Xinyu Detention Center in October 2000, Ms. Li was arrested and taken to Jiangxi Women's Forced Labor Camp where she was held for a year. She was put in solitary confinement, closely monitored by two drug addict inmates, and denied family visitations. She also couldn't write letters to her family members. She was released in October 2001.

Agents from the Xinyu 610 Office, Political and Legal Affairs Committee, and Police Department went to Ms. Li's home one evening in January 2002, and beat her before arresting her. She was sent to the Fenyi County Brainwashing Center and forced to watch videos that defamed Falun Gong for more than 20 days. She was then transferred to the Jiangxi Province Women's Forced Labor Camp and held for close to two years because she refused to be “transformed.”

Ms. Li was brutally tortured at the labor camp. She was monitored and abused by drug addict inmates around the clock, forced to make handicrafts for export, and to listen to the CCP's slander of Falun Gong. After she was released in November 2003, she was closely monitored at home.

The police went to her workplace in August 2004, and attempted to taken her away. Ms. Li had to leave home to avoid being arrested for over 18 months. She did not return home until March 2006.

Ms. Li went to appeal for the right to practice Falun Gong when the Chinese Communist Party (CCP) began its persecution of the practice on July 20, 1999. As a result, she was detained at her husband's workplace for one week.

She went to Beijing to appeal again on September 7, 1999, and was arrested and held for 25 days in Beijing. She was taken back to her hometown and detained for an additional month. She was released after her parents were extorted 3,000 yuan.

Ms. Li was arrested for the third time in January 2000 by section chief Li and police officer Yuan Wenzhen from the Xinyu Police Department in order to try to stop her from going to Beijing. She was then taken to the Xinyu Detention Center where she went on a hunger strike for five days before being released.

Several police officers including Yuan Wenzhen arrested Ms. Li again in October 2000, alleging that she had “gathered” with practitioners at her home. They then ransacked it and confiscated many Dafa books and photos of the founder of the practice, Mr. Li Hongzhi. She was interrogated and held at the Xinyu Detention Center for 15 days.

“Another Dimension Shows Me a Deeper Meaning of Compassion”

“Master Gave Me the Strength to Save Myself”