(Minghui.org) Falun Gong practitioner Mr. Meng Fanquan from Tangshan, Hebei Province, was illegally arrested by plainclothes officer on the morning of March 13, 2014. They ransacked his house. They petrified his 92-year-old mother-in-law and confiscated his computer, hard disk, cellular phone, and other personal belongings.

It is not clear where he is detained at this time.

Over the past 15 years, Mr. Meng has been detained for more than ten of them. 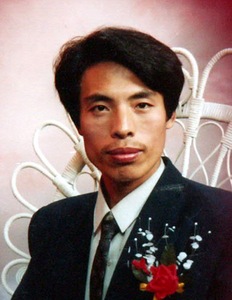 Mr. Meng has been persecuted repeatedly by the communist regime since July 20, 1999, when Falun Gong was first banned. His paychecks were withheld, and he was eventually fired from his position as an instructor at Hebei Polytechnic University. He has been arrested and detained many times in Tangshan First Detention Center, Hehuakeng Forced Labor Camp, and a brainwashing center located in Tangshan University.

Mr. Meng was arrested at his office at Hebei University of Science and Technology and taken to Tangshan First Detention Center on April 18, 2006. His home was ransacked and personal property worth about 10,000 yuan was confiscated.

He was illegally sentenced to seven years in prison on October 24, 2006, and incarcerated in the No. 2 Ward in Jidong Prison. During his detention, the guards beat and shocked him with an electric baton.

Several criminal inmates were assigned to monitor him around the clock. He was forced to do hard labor and confined in an isolation cell. He wasn't allowed to talk to anyone, was deprived of sleep, poked with a needle if he closed his eyes, doused with cold water in winter, and made to stand out in the hot sun in summer. He also was forced to watch videos slandering Falun Dafa. He was force-fed when he went on a hunger strike to protest the ill-treatment at the end of March 2007. He became mentally disordered as a result of torture. 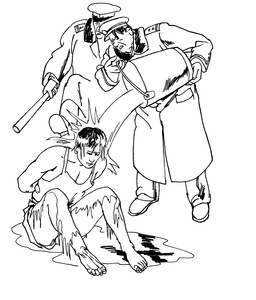 Mr. Meng was arrested again at home on May 23, 2013, 35 days after he was released on April 18. He was detained in Tangshan Detention Center for ten days.