(Minghui.org) Shen Yun Performing Arts returned to South Korea for the eighth time, opening to a full house on February 9 at the Gyeonggi Arts Center in Suwon, capital of Gyeonggi-do Province. Additional performances were held in nearby Gwacheon, part of Korea's National Capital Area, which also encompasses the adjacent city of Seoul.

The Chinese traditional culture presented by Shen Yun clearly resonated with the audiences. Common feedback from dignitaries included comments on Shen Yun's pure beauty, its amazing effect of cleansing the soul and spirit, and its artistic leadership.

“Chinese Arts Will be Reborn Through Shen Yun” 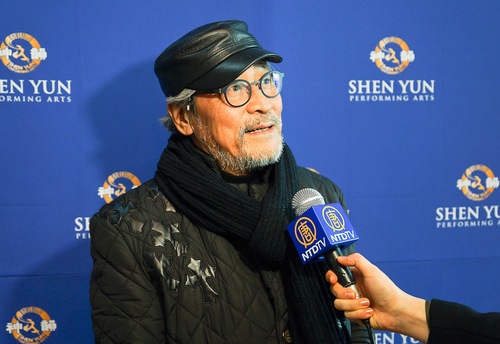 Mr. Choi Jong-won, renowned actor and a former Member of the National Assembly, was very excited when he left the Gwacheon Citizens Hall on February 12: “I am deeply touched! The graceful Chinese arts will be reborn through Shen Yun.

Mr. Choi was also amazed at the impact of the Shen Yun programs: “The dance dramas with such profound meanings had a real impact on me. They are so familiar, as if I already knew them and then temporarily forgot them. The waves of memory Shen Yun evokes from the deep sea of my mind shakes my inner world... Doesn't this mean that Shen Yun has the power to uplift anyone and everyone?” 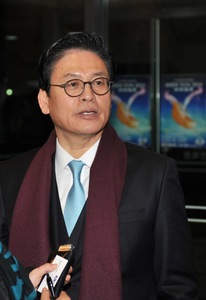 Mr. Jung Wootaek, Korea Government Party Member of the Supreme Council and member of the Construction and Transportation Committee

Jung Wootaek, Korea Government Party Member of the Supreme Council and member of the Construction and Transportation Committee, said after seeing the performance on February 12, “I think Shen Yun's music and dance are imparted from the divine, and combines the music and dance with history. It has very high artistic standards.” 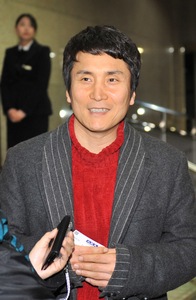 Mr. Oh Kyungchang, an executive with Korea's MBC (Munhwa Broadcasting Corporation), attended Shen Yun on the night of February 12. He praised Shen Yun as a “top-class” performance and said that the solemnity conveyed through Shen Yun was not child's play or acting, that there was, indeed, divine assistance on stage.

“The synchronization between the backdrop and dancers, the clean and exquisite dance movements, the joy and sorrow of life in the program, the harmony of heaven, earth, and mankind, and the history... Everything comes to fruition at the very end. It is super!”

“My Mind Has Been Purified” 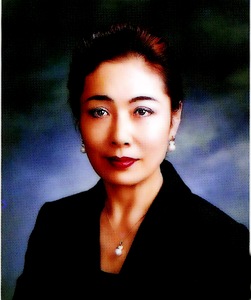 Ms. Chung So-Young, Professor of the Department of Dance at Chungnam University, said the performance very pure and breathtakingly beautiful

Chung So-Young, Professor of the Department of Dance at Chungnam University, attended Shen Yun's opening night on February 11 at the Gwacheon Citizens Hall in the Seoul National Capital Area.

She said, “Shen Yun is very pure. I see the freedom of souls through Shen Yun and a path to the heavens. The dancers are all very pure; I have never seen dancers so pure. At a certain time, Mainland China will follow Shen Yun.”

Her favorite is the last program, “It teaches us how to live and lead our lives... Shen Yun demonstrates the feelings that we are eager to have... I feel that my mind has been purified!”

As a famous dance performer, Ms. Chung said as a form of art, dance has progressed farther than science, and that it will take science 1,000 years to catch up with dance. Through arts, she said, we can predict the future.

She thought of Tang Dynasty as the most beautiful era on the planet. To better understand Tang Dynasty dancing, Ms. Chung went to Taiwan to learn Chinese. A golden age of Chinese literature and art, the Tang Dynasty had fully developed all styles of dance. "The Tang dance presented by Shen Yun was indeed very beautiful," she said. 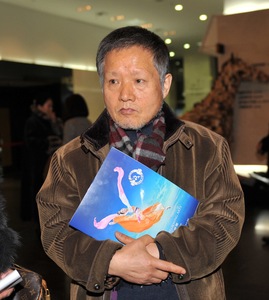 With the perfect combination of Eastern and Western musical instruments in the Shen Yun orchestra, the elegance of Shen Yun’s original music touched Yoon Taewoon, president of the Korea Ceramic Art Association.

“It’s remarkable and meaningful that Eastern and Western musical instruments are successfully included in the orchestra,” he said. “The accompaniment played by the live orchestra added a lot to the success of the performance.

“Every piece of Shen Yun’s original music is really exquisite, and they matched the performances on the stage perfectly. It was also my first time to see so many spectacular programs at the same time. This is a very outstanding performance. Every program involved amazing skills and traditional content. It’s indeed very touching.” 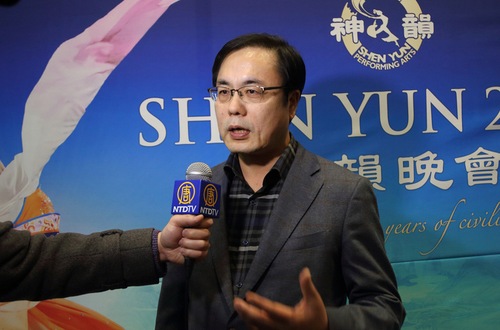 Mr. Myeong Seunghwan, president of Government of the Republic of Korea Export Association

“The performance doesn't show off any unnecessary techniques. It presents the essence without any confusing fluff.” He added. “Lately I have noticed a lot of programs regarding healing [in South Korea]. The simple beauty of Shen Yun can also heal one's spirit!”

Mr. Myeong thinks that “Shen Yun has incorporated the grand epic of China's 5,000-year-old civilization into people's hearts and has presented something that's even more beautiful and easier to understand. It seems to naturally calm people.” 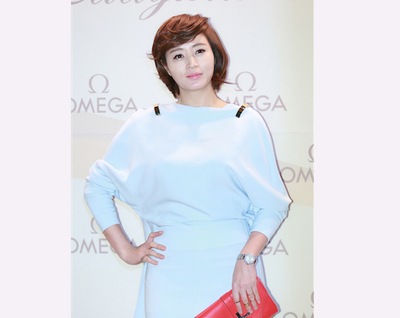 After seeing the performance, she said, “Shen Yun’s programs are based on authentic traditional culture. The traditional dances performed on the stage were seamlessly synchronized with the high-tech animated digital backdrops. It is really very impressive. In addition, the programs are very comprehensive and profound. It is so unique and creative that it is very appealing.” 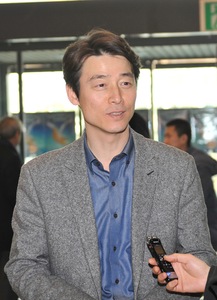 Mr. Song Hochang, Member of the National Assembly, was impressed by every program, especially the opening: “The program introduces the origin of a divine-inspired culture, just like Greek mythology.” 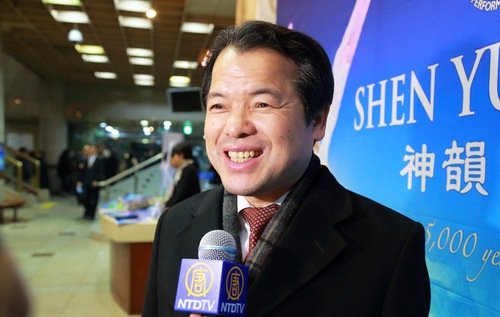 We Chul-Whan, president of the Korea Bar Association, thinks Shen Yun is “a very remarkable performance and achieves the best realm mankind can be.” He also praised the Shen Yun dancers for their energy that combines mind and body.

Shen Yun Performing Arts will start its performances in Daegu, South Korea on Saturday, February 15 for four performances before heading to Taiwan. For more information about Shen Yun, including all 2014 tour dates and locations, please visit ShenYunPerformingArts.org.

“Chinese Tourists in Korea: “Shen Yun Makes Us So Proud””