Instead of serving society by saving lives, medical professionals are ordered by the 610 Office to inject practitioners with nerving-damaging drugs. 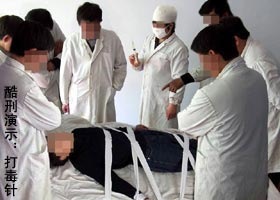 Torturing practitioners this way is commonplace across China, as was mentioned in a previous report: Systematic Abuse of Psychiatric Drugs Common in the CCP's Persecution of Falun Gong

The following four practitioners from Lianyungang were tortured with psychiatric drugs.

On October 24, 2005, Ms. Wang Yamin was arrested while at work by agents from the 610 Office of Donghai County. She was questioned and tortured nonstop for eight days and nights.

Ms. Wang was shocked with electric batons and given unknown drugs in an attempt to force her to give up her belief. 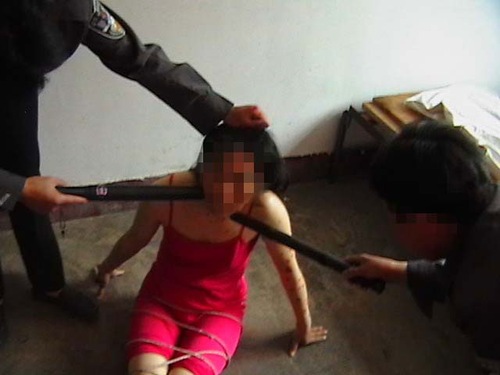 Ms. Wang was injected with stimulants and hallucinogens to torture her. She hurt all over and felt like she was being stabbed by countless needles or bitten by countless insects.

She began to develop all kinds of frightening illusions. She felt her mind become numb, gradually losing her self-awareness and the ability to control her body. 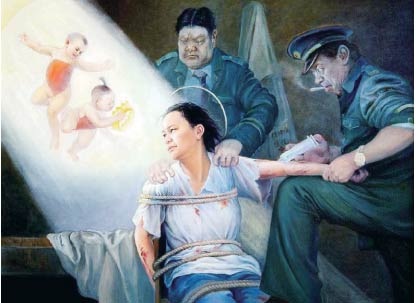 As a result of long term physical and mental torture, Ms. Wang's health became extremely poor and she was emaciated. She was unable to eat and had symptoms of mental disorder, such as unusually slow reactions. She wouldn't even react when people called her name.

When Mr. Chen Zhanguo did the Falun Gong exercises during his detention in Hongzehu Prison in 2004, he was tortured so brutally that he became mentally disoriented.

Yet the guards spread the rumor that Mr. Chen had mental illness and took him to the Nantong and Nanjing mental hospitals. He was repeatedly injected with drugs that damaged his central nervous system. His legs became paralyzed and he was unable to eat solid food, except a little milk powder. Not long after, he appeared near death.

In 2010, Hongzehu Prison officials were afraid that Mr. Chen could die there, and they would have to bear the responsibility, so they planned to release him ahead of schedule.

However, Mr. Chen's former employer and officers from the 610 Office in that city refused to allow it, because they were afraid of having to take on the responsibility for Mr. Chen's condition.

In the end, Hongzehu Prison officials assigned guards Wang Xingen and Teng Jiang, the heads of the No. 8 Division, to take the dying Mr. Chen to his hometown in Inner Mongolia. We have not heard anything about him since then.

Ms. Chen Jili was arrested, sentenced to prison, and taken to Nanjing Women's Prison and tortured. She was forced to stand for long periods of time and severely beaten and shocked with electric batons. Ms. Chen became emaciated and is very weak.

In desperate need of medical attention, she was taken instead to the Liyang Prison Mental Hospital in Changzhou. She was injected with drugs that damage the central nervous system and her life is in imminent danger.

Mr. Zhao Xuhui, a teacher from Lianyungang Institute of Food Technologists, was taken to a mental hospital in the Haizhou District, Lianyungang, in 2001, because he refused to be "transformed" in the brainwashing center.

Mr. Zhao was injected with and fed unknown drugs that damaged his central nervous system. He was shocked with electric batons, because he refused to take the drugs.

“What I Saw During My Meditation”