Mr. Zhang Weijie from Wuhan City was savagely tortured in Fanjiatai Prison in Hubei Province for eight months. The guards didn't let him wear a warm jacket in freezing December weather and instigated six criminals to beat him repeatedly. Mr. Zhang also had to do slave labor 13 hours every day. He was denied family visits and the right to legal counsel. He was not allowed to talk, buy necessities, or contact family members.

While imprisoned, Mr. Zhang was constantly tortured: He was stabbed with needles, burned with cigarettes, and had his mustache burned. His body hair was pulled out, his hand was twisted with pliers, and he was beaten with a metal bars and whipped with a belt. He was shocked with high-voltage electric batons, given drugs (triazolam) against his will, deprived of sleep, and not allowed to use the restroom.

Guards Li Yong and Pan Caihua in the 3rd ward were in charge of beating Mr. Zhang. In September, October, and November 2012, they beat Mr. Zhang with a belt and wooden rods until they broke. They also forced Mr. Zhang to wear jackets soaked in water on freezing winter days. 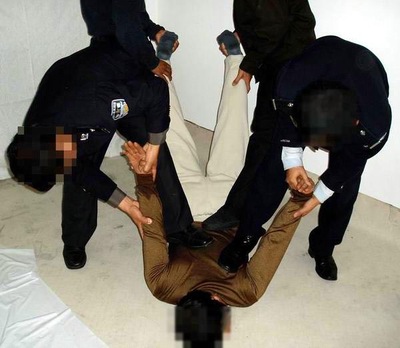 Mr. Zhang used to be paralyzed but completely recovered after he practiced Falun Dafa in 1996. He worked in the Securities Department of Hainan Huayin International Trust & Investment Corporation in Wuhan before he started his own business. In the past 14 years of suppression, authorities unlawfully arrested Mr. Zhang ten times and put him in a forced labor camp twice.

“Chinese Tourists in Europe Quit the CCP During the Off Season”