Brainwashing Centers Should Be Abolished, Too

(Minghui.org) Brainwashing centers are now being used in place of forced labor camps in the persecution of Falun Gong. This trend is identified in an analysis by Minghui and a December 2013 Amnesty International report.

New methods of torture are being used in brainwashing centers, especially drugs. They make practitioners lose consciousness and their willpower, enabling the authorities to more easily coerce practitioners to sign statements renouncing their belief in Falun Gong.

Officially labeled "Law Education Centers," brainwashing facilities are illegal entities. They were often established arbitrarily, with no paperwork necessary. In addition to the “education,” which is actually brainwashing, torture is common. Anyone can be arrested at any time and detained for an unannounced length of time.

“The personal freedom of citizens of the People's Republic of China is inviolable.

“No citizen may be arrested except with the approval or by decision of a procuratorate or court, and arrests must be made by a public security agency.

According to the Item 5, Article 8 of the Legislation Law of the People's Republic of China, “Only national law may be enacted in respect to matters relating to the deprivation of the political rights of a citizen, or compulsory measures and penalties involving restriction of personal freedom,”

China is a member of the International Covenant on Civil and Political Rights. Article 9 of that Covenant stipulates that “Everyone has the right to liberty and security of person. No one shall be subjected to arbitrary arrest or detention. No one shall be deprived of his liberty except on such grounds and in accordance with such procedure as are established by law.

“Anyone who is arrested shall be informed, at the time of arrest, of the reasons for his arrest and shall be promptly informed of any charges against him.

Brainwashing centers detain and torture Falun Gong practitioners based on administrative orders from the 610 Office. While labor camp terms were set, a brainwashing "session" may continue as long as a practitioner does not give up his or her belief in Falun Gong.

Ms. Liu Hui, 40, is a former language teacher in Chengdu City, Sichuan Province. After four years of imprisonment in Chuanxi Women’s Prison (beginning in October 2006), she was transferred to Xinjin Brainwashing Center for over three years immediately after her release from the prison.

During that period of time, guards added poisonous substances to her food, force-fed her with highly-concentrated salt water, and subjected her to other physical and mental abuses.

The 610 Office staff yelled at her, “One may go home when a labor camp detention term expires, but not here! Do not even think about returning home unless you 'transform' or die here!”

In April 2013, Lens Magazine in China published a 14-page article exposing abuses in the Masanjia Forced Labor Camp. The investigative story was based on interviews with approximately 20 former inmates. They had been subjected to forced labor and numerous types of torture including the Tiger Bench, Death Bed, racking (stretching), and solitary confinement.

Such atrocities are also carried out in brainwashing centers. Due to their emphasis on mental abuse, these facilities do more to target practitioners’ willpower in order to destroy their belief. Their methods of torture include shocking with electric batons, beatings, long-term standing, hanging up, exposure to the elements, sleep deprivation, scalding, dunking in a toilet, fingernails pulled out with pliers, and sexual abuse.

As a result of severe mistreatment, many practitioners have been disabled, had nervous breakdowns, became mentally disordered, or died.

Mr. Xie Deqing, a retired engineer from Chengdu Survey and Design Institute in Sichuan Province, was sent to Xinjin Brainwashing Center (also called Chengdu City Legal Learning Center) on April 29, 2009. After three weeks of torture, he became very skinny and incontinent. He also had difficulty eating and had acute heart problems. When he died on May 27, 2009, at 69 years old, his body and limbs quickly went dark, indicating internal organ failure. 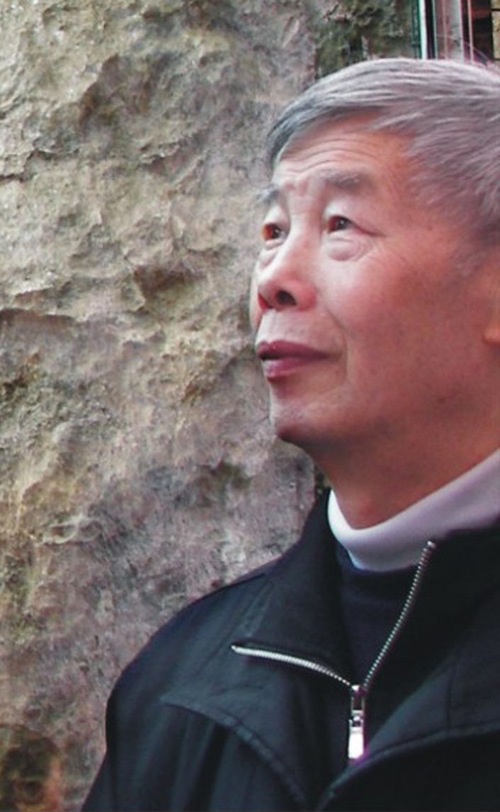 Mr. Xie Deqing was in good health before the police arrested him

Over 100 people from the 610 Office and local police showed up at his funeral. They beat Mr. Xie’s older son and arrested him and his younger brother. The very next day they took Mr. Xie’s body and had it cremated. 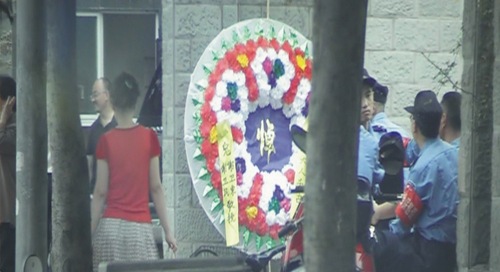 Ms. Liu Ying from Chengdu City, Sichuan Province, was detained in the Chenghua District Brainwashing Center from September 2005 to January 2006. She was cruelly beaten and injected with toxic drugs. Her legs were broken.

Ms. Liu was several times near death. Her family members were never informed. Later, after her father repeatedly asked officials about her, she was released and suffered a mental collapse due to the abuse in detention.

“Working Together to Clarify the Truth to People in China”

“Saved at the Beauty Shop”