Respected Doctor Disabled by Torture in Labor Camp, Her Elderly Father Driven Away When He Tried to Visit Her

Dr. Tian Qinling is now a paraplegic as a result of the torture and abuse she suffered at Qianjin Forced Labor Camp. Even though the labor camp is responsible for her condition, the medical fees incurred when she was rushed to a hospital had to be entirely paid for by Ms. Tian's family. The labor camp did not pay a cent.

Even though Dr. Tian is a highly skilled doctor she was illegally arrested and sent to a labor camp in 2012 because she refused to stop practicing Falun Gong. When her elderly father learned that Qianjin Forced Labor Camp intensified the persecution of his paraplegic daughter, he traveled many miles, all the way from Harbin, to visit her on June 17, 2013. When he arrived at the camp, guards drove him away. The old man was already ill, and he became very upset, anxious, and worried. His condition worsened and he had to be taken to the hospital for treatment.

Disabled as a result of torture in Qianjin Forced Labor Camp 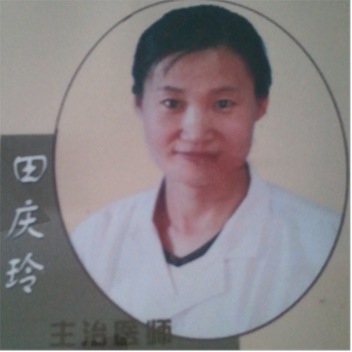 Dr. Tian used to work at the Harbin Chinese medicine hospital specializing in the treatment of tumors. On December 8, 2011, she was arrested for practicing Falun Gong and sentenced to two years of forced labor. She was taken to Qianjin Forced Labor Camp.

Because she refused to give up her faith and write statements denouncing the practice, Dr. Tian was cruelly tortured, including being handcuffed and hung up; shocked with electric batons; made to do slave labor for extended hours; confined in solitary; force-fed with nerve damaging drugs; not allowed to take showers, drink water, eat, or go to the toilet; and so on. Dr. Tian used to be in good health but within a short period of time she became a paraplegic as a result of the torture.

On January 16, 2012, her family saw her for the first time since her detention. They saw that her hands were swollen and they were told it was the result of being hung up because she refused to write statements renouncing her belief. She fainted in pain. On May 3, when her family came to visit her, she had to be carried out. Dr. Tian told her family she lost consciousness on April 8. However, she was still made to work in the factory.

On May 7, Dr. Tian was sent to the Red Cross hospital in Harbin City for an examination. The doctors recommended surgery. Her relatives asked the labor camp to grant her medical parole several times but they were ignored. They had to engage a lawyer to intervene. Prison guards made things difficult for the lawyer and even reprimanded him.

On June 21, 2012, the labor camp sent her to Harbin No. 1 Hospital for an operation. Medical fees amounted to over 12,000 yuan. Even though her condition was a direct result of the torture and abuse she suffered in the labor camp, the medical fees were entirely paid for by her family. The labor camp did not pay a cent.

The doctor in charge suggested that she undergo a thorough examination. He diagnosed the cause of the disability in her lower limbs and a cure for it. However the labor camp refused to allow her to be treated. She stayed in the hospital for only six days before she was taken back to the labor camp and made her do slave labor. Wang Min, head of No. 1 Division; Zhou Lifan; Liu Cheng; and guards berated her every day and said she was pretending to be ill.

Dr. Tian ost control over her lower limbs as a result of the torture. One leg was severely wasted. The guards took away her wheelchair and crutches, and she was forced to move slowly using her elbows for support. It took her three to four hours to move 100 meters, and she fell countless times. The guards also made her climb down the stairs every day and “bake” in the hot sun. When other Falun Gong practitioners offered to carry her, the guards forbade it. Once she was drenched by pouring rain. Someone tried to change her wet clothes and ended up being reprimanded by the guards. She was not allowed to change into dry clothes and had to remain wet.

Dr. Tian is 1.7 meters tall and her weight dropped to less than 45 kilos as a result of the persecution. She had difficulty eating, was very weak, and often fainted. Former head of the labor camp Wang Yaluo once proclaimed that he would not allow her to be released on medical parole as long as he was in charge.

Her father driven away when he tried to visit

Dr. Tian and three other practitioners, Xu Ying, Lin Peiyu, and Wang Dongli, were transferred from the No. 1 Division to the No. 2 Division in late May 2013 and were more severely persecuted. Head of No. 2 division Zhou Muqi would not let them take showers on May 25. She even refused to let them drink water or eat anything. The four practitioners went on a hunger strike together to resist the torture. Dr. Tian was locked in a small cell alone. Her hands were handcuffed. Later on, head of No. 2 Division Huo Shuping deprive Dr. Tian and Zeng Shuling of sleep and made them sit on small stools as punishment for not doing slave labor.

When Dr. Tian's elderly father heard about this, he rushed to see her from Qinhuangdao City on June 17 despite being in ill health himself. He asked the labor camp to release his daughter and reminded them that she had not committed any crime. The guards drove the old man back to Qinhuangdao.

Dr. Tian's father suffered from blood clots in the brain previously, and, after surgery, his hands and legs became less agile. He needed someone to feed him, and he was very ill. He was very upset by the guard's rough treatment and very worried about his daughter's situation. After returning home, he was admitted into hospital three times.

Made to pay exorbitant hospital fees and after more than two years of traveling long distances to and from the detention center as well as the labor camp, Dr. Tian's family is now ridden with debt.

Grateful to Dafa for saving her life, she follows the principles of Truthfulness-Compassion-Forbearance

Dr. Tian was in poor health from her youth. She was born with a tumor and was tormented physically as well as mentally by illness. She also had a bad temper and often argued with her parents. While studying at Heilongjiang Chinese Medicine University, she took up the practice of Falun Gong and benefited physically and mentally. She conducted herself in accordance with the principles of Truthfulness-Compassion-Forbearance. She became especially considerate towards her younger sister. When she started to work, she gave all her wages to her parents, keeping only a basic living allowance for herself. She also often helped her younger sister.

Through practicing Falun Gong, Dr. Tian's body went through great changes. Her uterine cysts miraculously disappeared. Previously, she would become breathless after walking to patients' rooms and could not keep up with her schedule. After she began cultivating, she did not feel tired even after working all day checking on patients. She could climb seven floors at one go very easily.

The founder of Falun Gong, Mr. Li Hongzhi, also saved Dr. Tian's life. One winter, the gas line at home was somehow not closed properly and she was overcome by the fumes. She was unconscious for a day and night. She came to on her own miraculously afterwards and did not suffer any ill effects. Words cannot express her gratitude towards Mr. Li Hongzhi for saving her life.

Because she personally benefitted from practicing Dafa, Dr. Tian put into practice the principles of Truthfulness-Compassion-Forbearance. She decided to spread the beauty of Dafa so that more sick people could regain their health.

In 2005, she graduated with a Master's degree, and that same year she started to work at Harbin Chinese Medicine Hospital. She was assigned to the area that looks after kidney and blood problems and tumors. Patients in this section were mostly severely ill and had been to the hospital repeatedly for treatments. Many patients' families had spent nearly all their savings on medical fees. Dr. Tian sympathized with her patients and used the most inexpensive medication while achieving the best results.

She had exceptional medical skills and could tell what illness her patient suffered from by taking their pulse. Her patients often recovered after simply spending seven to eight yuan on Chinese medicinal herbs. At the same time, she also told patients and their families about the miraculous health benefits of practicing Falun Gong, explaining the truth about the Communist regime's attempt to slander and persecute the practice. She told people to denounce the Party so as to avoid disaster and got them to sincerely recite “Falun Dafa is good, Truthfulness-Compassion-Forbearance is good.” Consequently her patients experienced significant improvements in their health through her treatments.

One terminally ill liver cancer patient had a lot of fluid accumulated in his abdomen and he could not eat. Ms. Tian used herbal medicine to cure him and at the same time instructed him to recite in his heart sincerely, “Falun Dafa is good, Truthfulness-Compassion-Forbearance is good.” After finishing two courses of medication, the swelling in the patient's stomach was greatly reduced and he could eat again. He was so happy he could not stop smiling.

Another patient suffered from a late stage cancerous tumor. When he was admitted to the hospital, his condition was so severe that nothing more could be done for him. He could only wait for death. Ms. Tian told the patient to recite, “Falun Dafa is good.” The next day he said, “Thank you, Doctor. I have not been able to sleep well for a month already. Yet last night I slept very well.” She treated many similar cases.

The section chief and matron used to care only for personal benefits. Influenced by Dr. Tian, they began to be considerate of every patient. Doctors and nurses in the hospital got along well with one another, just like family.

Over time, by word of mouth, many patients came to Dr. Tian to be treated. When she was transferred to the emergency section for a month, patients went to the emergency section to ask for her to treat them. Ms. Tian once said that it was the virtue of Falun Dafa that unlocked her wisdom and bestowed up her the gift of healing. She told people to remember, “Falun Dafa is good!”