(Minghui.org) To commemorate the 14th anniversary of the April 25 Appeal and to have more people learn about Falun Gong and the 14-year persecution in China, practitioners from Istanbul held a 7-day “Truthfulness-Compassion-Forbearance” Art Exhibition at the Yunus Emre Culture Center. The exhibition drew large numbers of visitors and was very well received. 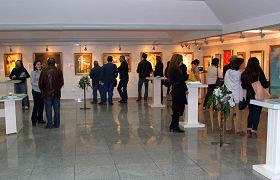 The exhibition hall at the Yunus Emre Culture Center in Istanbul. 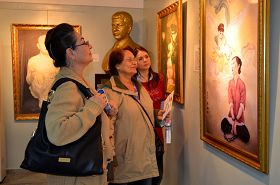 Viewers take in the exhibition. 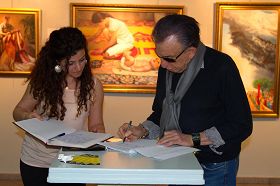 Mr. Haldun Dormen, a well-known actor, director and writer in Turkey, signs a petition calling for an end to the persecution. 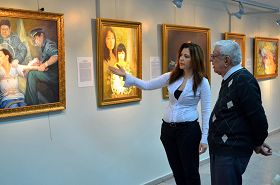 Mr. Üstün Asutay, a well-known actor in Turkey, expressed his respect and sympathy to Falun Gong practitioners under persecution in China. He also signed the petition. 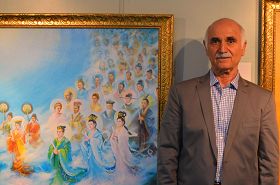 Mr. Kamer Diriba, the former vice mayor of Istanbul, condemned the persecution and added his name to the petition. 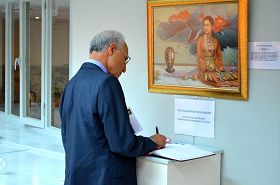 Mr. Zzet Doan, a prominent lawyer and judge in Istanbul, praised practitioners for their peaceful resistance against the persecution. 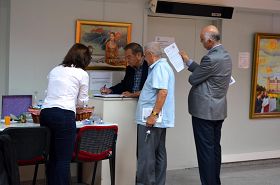 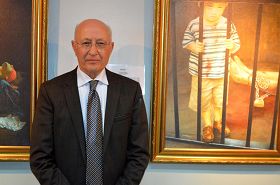 Mr. Mesut Budayc, a well-known lawyer in Istanbul, condemned the persecution, and signed the petition, calling for the end to the Chinese Communist Party's crimes of organ harvesting from imprisoned Falun Gong practitioners. 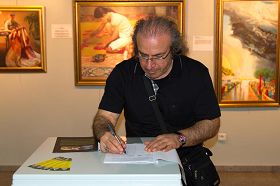 Mr. Cemil Zfrat, a prominent artist, signed the petition and praised the artworks. 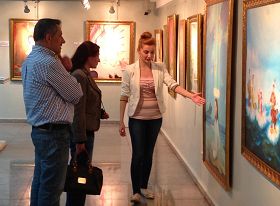 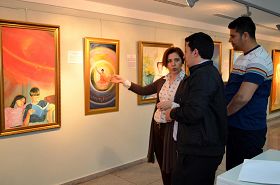 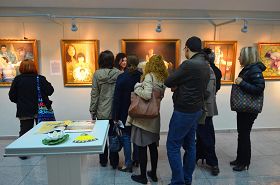 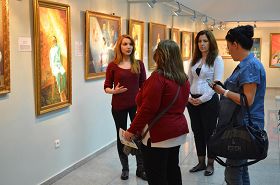 People view the artworks while listening to guides explain the subject matter. Many people were shocked by the brutality of the persecution in China. 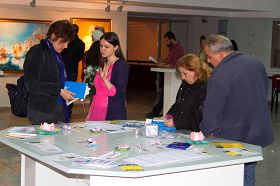 Many people were interested in learning Falun Gong. A number of visitors bought the book Zhuan Falun. 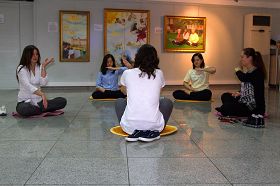 Practitioners taught the Falun Gong exercises every day from 1 to 2 pm. Many people learned the exercises over the course of the 7-day exhibition.