(Minghui.org) On October 19, more than 5,000 Falun Gong practitioners from all over the world attended the 2013 Western U.S. Falun Dafa Experience Sharing Conference in Los Angeles, California. Many of them were Westerners of various cultural backgrounds and life experiences. However, they hold a common wish: to clarify the truth about Falun Gong to the world's people, especially Chinese, so that they may take an upright stance against the persecution and have a bright future. After the conference, several Westerners shared their thoughts. 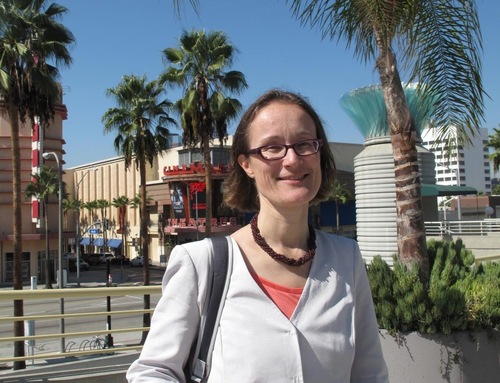 Cornelia was born in Switzerland and currently lives in California, where she teaches art. She said she began searching for a spiritual cultivation way when she was 16. In 2008, she met a German Falun Gong practitioner in northern India, and was drawn to the practice. When she first did the exercises, she felt that bad and filthy substances in her body were being cleaned out. She read Zhuan Falun two days later and was further convinced that she had finally found what she had been looking for. Later, she lived in Malaysia for a year, where she raised awareness about Falun Gong to Chinese people at tourist attractions nearly every day.

When asked what motivated her to volunteer her time do this, Cornelia said that clarifying the truth is how she expresses her appreciation for what Dafa has given her. Also, she wants to help stop the persecution of Falun Gong in China. “I've benefited so much from Dafa, so I feel I need to give something back,” she said. “When I was a little girl, I had a wish—I must stand up against the tyrant power if a persecution like the Holocaust happened again. I was shocked by the brutality of the persecution of Falun Gong and the organ harvesting. So I try my best to help Chinese, as well as Westerners, to know the truth.” 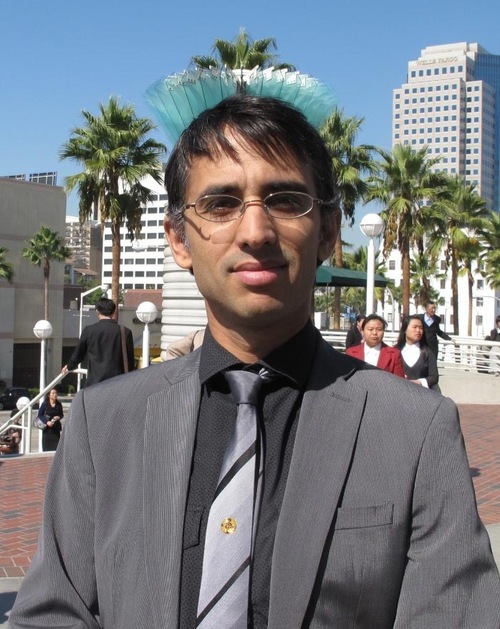 Mr. Coloma wants to clarify the truth of Falun Gong to the Chinese tourists in Montreal.

Mr. Coloma, of Italian and Spanish ethnicity, lives in Canada. He encountered a local Falun Gong practitioner when he was traveling in Argentina in 2005, and started practicing Falun Gong. He now runs a health food store in Montreal. He puts Falun Gong materials in his store for his customers.

Mr. Coloma said the speeches at this conference inspired him. He realized that he should also be clarifying the truth to Chinese tourists. Montreal is a famous tourist town, attracting many Chinese people. Mr. Coloma plans to figure out the best places to meet Chinese tourists and talk to them about Falun Gong. 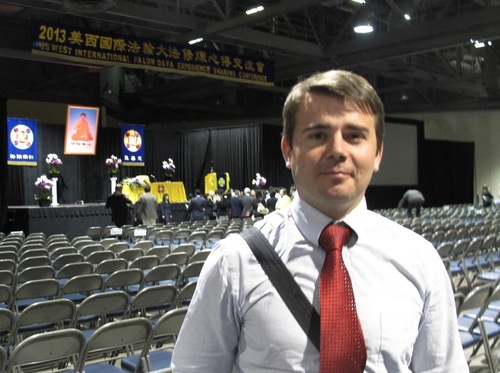 Tomek from Poland has been practicing Falun Dafa for 10 years.

Tomek, a young Polish man, has been practicing Falun Dafa for ten years. He runs a rental car company in Poland. He was also very encouraged by the experience-sharing articles presented at the conference.

“I cried during Master's lecture. I realized that I need to hurry up and reach more Chinese people with the truth about Falun Gong. I need to do better. Fellow practitioners' speeches were encouraging. Compared to those who selflessly devoted themselves to saving sentient beings, I can see my shortcomings,” he said.

“We need to clarify the truth to Chinese tourists in Poland, although Poland is not the number one tourist country for Chinese. We need to think about how to do better,” Tomek said. 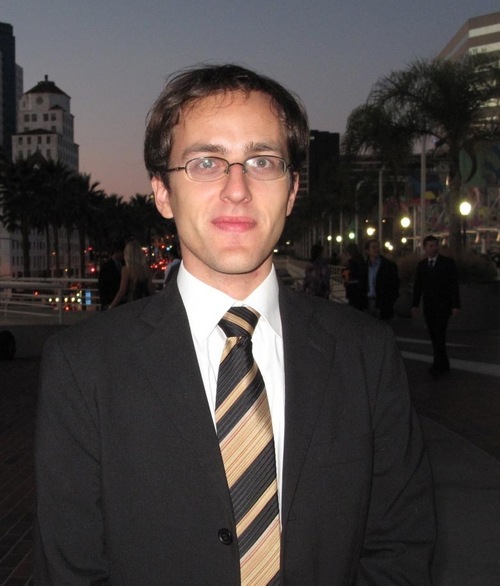 Peter, a lawyer from Slovak

Peter is a lawyer in Slovak. His mother, also a lawyer, has a long-term Chinese client, who introduced Falun Dafa to his family. Influenced by his parents, Peter started practicing Falun Gong five years ago. “I benefited a lot from this conference. What touched me the most is the practitioners' selflessness in clarifying the truth and how they always put others before themselves,” Peter said.

He continued, “I have to admit that I haven't done enough in clarifying the truth to Chinese. I must improve, because Master has told us that Chinese people are precious and it is important for them to know the truth. There are Chinese in Slovak, so I must try my best to help them.”

“Better to Read Printed Dafa Books Rather Than Electronic Versions”