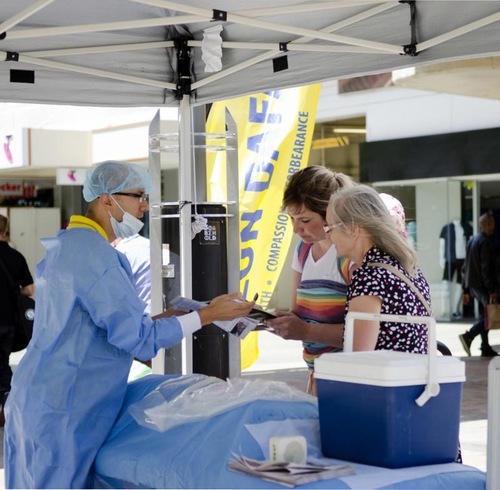 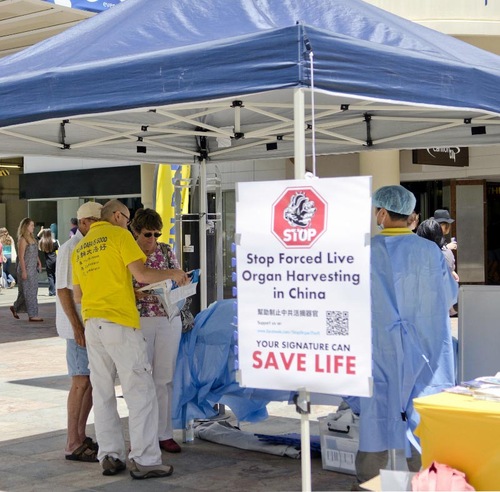 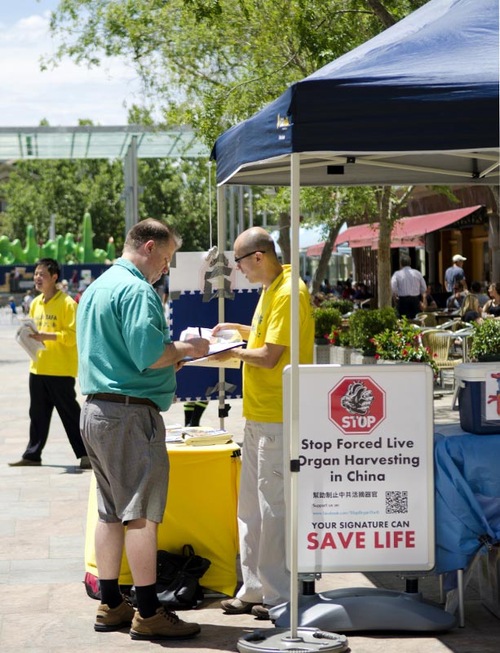 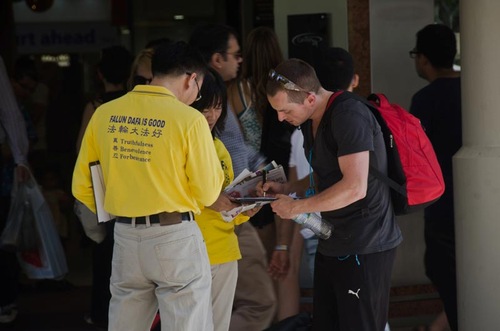 Many people in West Australia have heard about illegal organ harvesting in China from media or friends. The re-enactment, however, was still very disturbing. One woman said she had heard about it from a friend, but was greatly troubled when she saw the re-enactment and the display announcing “Stop forced live organ harvesting in China. Your signature can save lives.”

An elderly gentleman said his family doctor was from China. He liked the Chinese, but said that what the Chinese government had done was terrible. Both he and his wife signed the appeal.

Two tourists from New Zealand said they had heard about it from Falun Gong practitioners in their country. They signed the appeal and took introductory materials.

A Chinese scholar couldn't believe what he saw. He asked Falun Gong practitioners, “What happened?” After hearing the facts about the organ harvesting, he was convinced and signed his name.

Two Chinese students from Beijing said they had gotten brochures about organ harvesting when they were in Beijing, but the Chinese government denied it. They didn't know who was telling the truth and wanted more information about it. They took introductory materials, books, and a CD of the Nine Commentaries on the Communist Party and The Story for the Future .

Close to one thousand people signed the appeal at this activity, supporting the Falun Gong practitioners' campaign calling for an end to organ harvesting and the entire persecution in China.