(Minghui.org) On September 15-30, 2013, both the Labor and Conservative Parties held their annual conferences in Brighton and Manchester, United Kingdom, respectively.

Falun Gong practitioners set up informational booths outside each of the two conference halls and collected signatures for the global petition drive initiated by Doctors Against Forced Organ Harvesting (DAFOH), calling for an end to the Chinese Communist Party's (CCP) crime of harvesting organs from living Falun Gong practitioners.

The practitioner’s efforts received very positive responses from both the conference attendees and general public alike. Many people who signed the form also encouraged their friends and colleagues to sign, too. 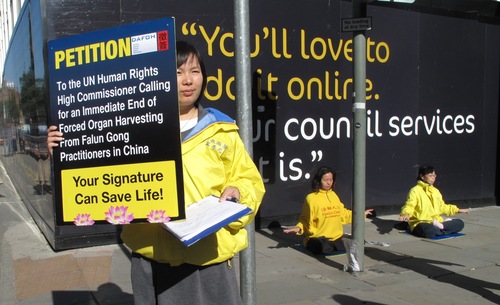 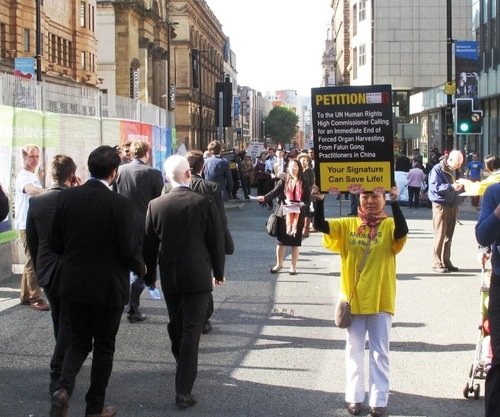 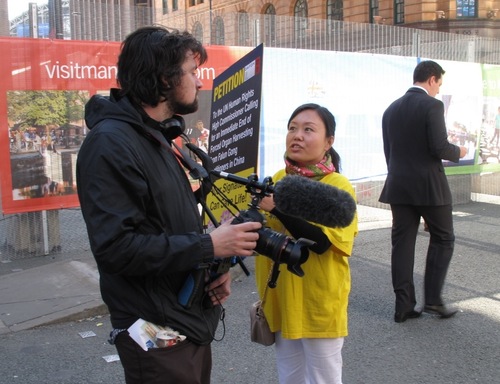 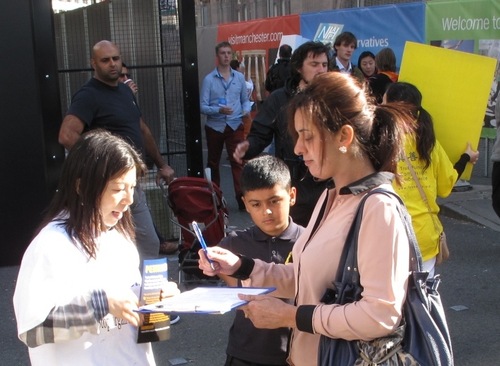 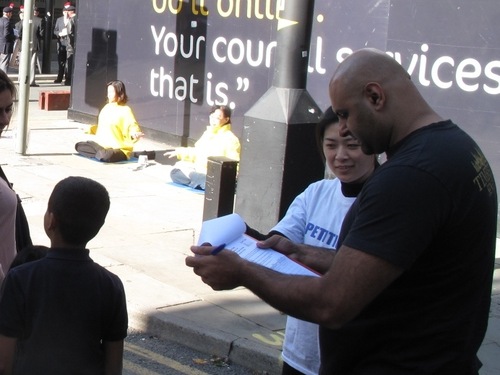 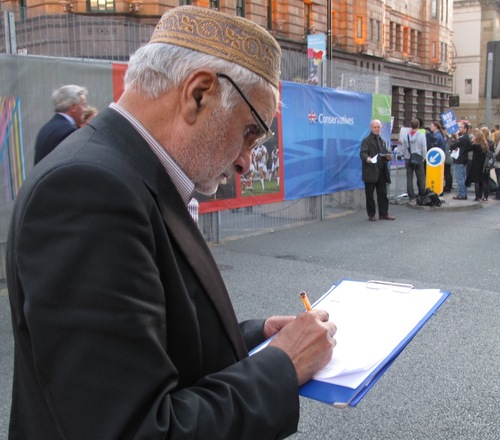 The practitioners' peaceful gathering caught the attention of many conference delegates and passersby, including several media personnel who took photos and videos of the scene.

Some practitioners wore whites T-shirts with the words, “Please sign our petition to stamp out live organ harvesting" printed on the front, and "Your signature can save lives," printed on the back.

Several practitioners held up DAFOH display boards, hoping to catch the attention of every passerby, while other practitioners distributed fliers and clarified the facts.

Both UK Party conferences were attended by several thousand people each. Many attendees said that they were pleasantly surprised to see Falun Gong practitioners there.

On the first day of the conferences, more than 1,500 people signed the DAFOH petition, including the deputy mayor of Brighton and several Members of Parliament.

Many conference delegates accepted the practitioners' fliers in the morning and signed the petition after that day's conference concluded.

A 107-year-old woman and her two family members listened carefully to a practitioner explain the truth about the persecution in China. They happily signed the petition form.

On the last day of the conference, the sisters returned with their mom—who is a local politician—and asked her to sign the petition form to show her support for Falun Gong.

Virtually everyone who heard about China's organ harvesting crimes, fully condemned the CCP. “How could such a barbaric thing like this happen?” said one man. "This is mankind's greatest shame; it must be stopped!"

“On the Issue of Seeking Comfort”