(Minghui.org) On July 20, 2012, Falun Gong practitioners held a rally on a square in front of a state government building to protest the persecution in China.  Several elected officials were present to express their support and give speeches. Several senators and Representatives issued support letters. 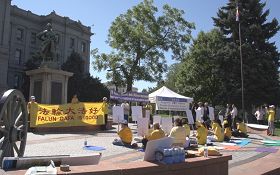 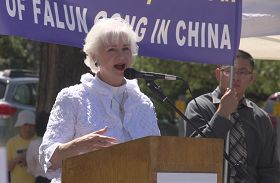 Pastor Heidi McGinness, member of the Coalition against Genocide, gives a speech 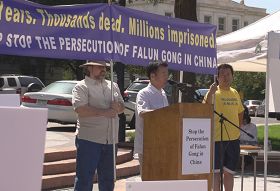 A Falun Gong practitioner in Denver describes his experience of being harassed and persecuted when he returned to China to visit relatives in 1999.

At the rally, Li Fengzhi, a former officer of China's State Security Agency, Alicia Fall, member of a woman’s organization, and Pastor Heidi McGinness, member of the Coalition against Genocide, gave speeches to support Falun Gong practitioners’ efforts to end the persecution. Senator Michael Bennet of Colorado dispatched his assistant to give a speech on his behalf. Several officials, including Senator Mark Udall, and Representatives Ed Perlmutter and Doug Lamborn issued support letters. 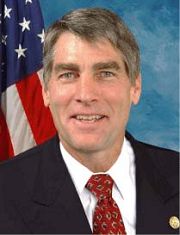 Senator Mark Udall commended practitioners in his letter for their quest for freedom in China. 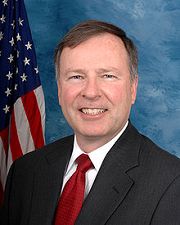 Representative Doug Lamborn stated in his letter that since 1999 the CCP regime has attempted to eliminate Falun Gong. Practitioners are persecuted for their belief, which must stop. He expressed his objection to the CCP's persecution of human rights and stated his support to Chinese the people for freedom of belief. 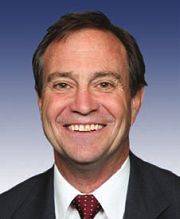 Representative Ed Perlmutter stated in his letter that for thirteen years, the CCP has adopted a policy to use all means to ban Falun Gong. These means include forced labor, unlawful imprisonment and killing. It is horrible. He called for an end to the CCP's violence. 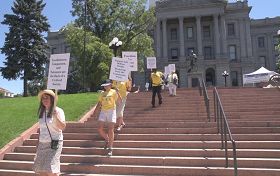 Falun Gong practitioners start a protest walk from the square in front of the state government building. 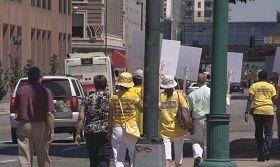 After the rally, practitioners held up banners and had a protest walk in downtown Denver. This event drew the attention of many passers-by, especially Chinese tourists.