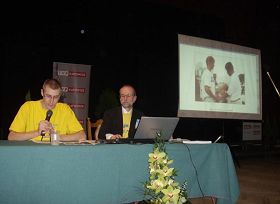 “My Understanding of Seeing and Not Seeing”