(Clearwisdom.net) At around 6 p.m., on April 12, 2009, more than a dozen officers from the Tonghua City Domestic Security Division jumped over a brick fence into Mr. Yu Lianhe's home and arrested him. The Tonghua City Court sentenced him to three years in prison on September 17, 2009, and took him to the Shiling Prison in Siping City, on October 2, 2009. Mr. Yu was beaten to death in custody on November 22, 2009. 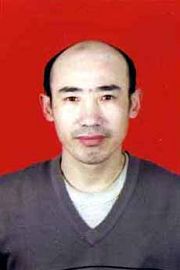 The autopsy was performed by two forensic doctors assigned by the prison, one forensic doctor hired by Mr. Yu's family and witnessed by both his family and the prison guards. They found Mr. Yu had blood in his right ear and his two eyes were covered with purple bruises indicating he was beaten. His body seemed to have no external injuries when examined from outside, but there were more than one and a half liters of blood in his chest cavity, and his spleen had three tears resulting from a beating. The tissue near the spleen has bloody and damaged. The autopsy doctor said the cause for his death was a torn spleen. Mr. Yu's family is suing the prison.

Mr. Yu Lianhe was born with hemophilia and grew up with regular blood transfusions. His knee and hip were deformed, and after his parents died, he lived in his second sister's home. In 1998, his siblings heard Falun Gong had miraculous effects on terminal illnesses and they carried him to a place to learn. In one month his sickness disappeared. He changed to a completely new person. He regained confidence, got rid of his bad habits, no more bad temper, and quit smoking and drinking. He could then make a living by selling socks. He told everyone that Falun Dafa, and Master gave him a second life.

After the Chinese Communist Party launched the persecution of Falun Gong, Mr. Yu want to appeal to Beijing. He was blocked midway, detained in the Tonghua City Detention Center, and then released after his family was extorted 2000 yuan.

Around 2002, Mr. Yu was arrested by officers from the Laozhan Police Station. The afternoon of the next day, he could not take the brutal mistreatment in the station, and jumped off from the second floor, breaking his leg into four pieces. The police ignored him, and refused to help. One kind-hearted taxi driver took him back to his second sister's home, and he survived after being treated in the hospital for several days.

His family was very angry that the police did not rescue him when he was in custody, and sued the Laozhan Police Station. The station promised to settle without a trial and paid them 100,000 yuan. Officers took a video recorder to his home and said if he writes a guarantee to give up Falun Gong and slander Master, then he can have the money. Mr. Yu refused to betray Falun Dafa after the practice saved his life. So he never received any payments. His fracture was completely healed through practicing Falun Gong.

On April 12, 2009, led by agent Jin Guiqun, more than a dozen officers from the Tonghua City Domestic Security Division drove up in three vehicles, jumped over the brick fence into Mr. Yu Lianhe's home and arrested him. They cuffed Mr. Yu, ransacked the house, and would not allow Mr. Yu and his second sister's family of three to move. They detained Mr. Yu in the Changliu Detention Center and interrogated his second sister's family of three on the third floor of the Dongchang District Police Department. They then released them after the interrogation.

On September 17, 2009, the Tonghua City Court sentenced him to three years in prison, and took him to the Shiling Prison in Siping City on October 2, 2009. His second sister told the prison administration of his hemophiliac condition. If he starts to bleed, it is hard to stop it, she told them.

At 9 a.m. on November 22, 2009, four inmates beat him. He used the restroom twice after the beating. Another inmate found his face very pale, and asked how he was doing. He said, "Ok." By 2 p.m. however, he told others his left ribs ached, and the guards took him to the prison hospital. The doctor said he needed to be taken to the Siping City Central Hospital.

At around 3:30, Mr. Yu arrived at the Siping City Central Hospital. Doctors said there was no hope to save him after the examination. They could not detect any pulse. The doctors asked what happened and guards replied he was beaten by inmates. The guards only brought 2000 yuan and used it on a blood transfusion. Mr. Yu died approximately 8 p.m. on the same day.

On November 23, 2009, the prison administration notified his oldest brother. Mr. Yu's family then took a forensic doctor they hired from Shenyang City, Liaoning Province, and went directly to the cooler in the funeral home after arriving. They found both his eyes had purple bruises and his right ear was filled with blood. His third brother tried to take a photo and was blocked by more than one dozen guards.

His family copied all the medical records from the Siping City Central Hospital, listened to doctors' diagnoses, and the treatment process. One witness who was taking care of another patient told them what he saw. At 3:30 p.m. on November 22, 2009, Mr. Yu said he was thirsty. The doctor gave him some water, but told him don't drink too much. By 8 p.m., Mr. Yu said, "I cannot make it." then died soon after.

Mr. Yu's second brother asked the prison administration how he was beaten, the administrator answered, "Yu Lianhe lied on his bed with his feet on top of the five inch high bed-side. An inmate brushed his feet when passing by, and then slapped Mr. Yu several times. Three more inmates joined in the beating."