(Clearwisdom.net) (By a correspondent from Jiamusi City) Ms. Luan Jizhi died as a result of persecution in late November 2008, and her son Wu Zhigang was recently sentenced to a six-year prison term. 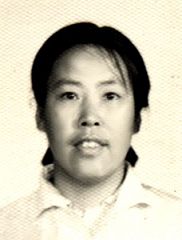 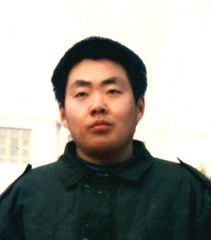 Ms. Luan became a healthy person after she began practicing Falun Gong. After the Chinese Communist regime launched its persecution of Falun Gong, Ms. Luan went to Beijing in June 2000 to appeal for Falun Gong. Before she could find the Appeals Office, she was arrested by the police in Beijing and later detained in the Jiamusi Detention Center for 15 days. As soon as she got home, the local CCP government used its policy of guilt by association and assigned the headmaster of the Jiangnan Village (also known as Zhuban Village) Elementary School to constantly monitor and pressure Ms. Luan.

The headmaster constantly went to Ms. Luan's home to harass and force her to write a guarantee statement, promising to give up Falun Gong. In addition, officials from the Changqing Township government in the suburbs of Jiamusi City and officers from the Youyi Road Police Station also repeatedly went to Ms. Luan's home for harassment. The government officials also assigned individuals in its subordinating villages to check the targeted Falun Gong practitioners' home at night and barge in to harass them.

In October 2000, Ms. Luan went to Beijing again to appeal. In order to escape police pursuit, she was homeless for more than a year, during which time she searched garbage cans for food and scraped along by doing odd jobs. She endured tremendous hardships both mentally and physically.

On January 9, 2002, officers from the Jiamusi Public Security Department's Suburban Branch and the Changhong Police Station broke into Ms. Li Fenghua's home in Jiangnan Village. After they searched Ms. Li's home, they arrested her, Ms. Li Xianglan, Mr. Duan Yufa, Ms. Li Yanjie, Ms. Feng Xiujuan, Ms. Luan Jizhi, and several other practitioners. Chen Yongde, chief of the Domestic Security Division at that time, along with other officers, planted Falun Gong materials on them and made a big production out of it on a local TV show. Ms. Li Xianglan and Mr. Duan Yufa were later sentenced to prison. Ms. Li Fenghua was held in the detention center until she was on the verge of death, before she was released on a stretcher. She died on November 8, 2002 (see http://www.clearwisdom.net/emh/articles/2002/11/16/28798.html).

Ms. Luan was released after being detained at the Jiamusi Detention Center for one day. After she was allowed to go home, officers from the Suburban Branch and the Changhong Police Station and Li Peiyu, an assistant officer from Beijiaohua Community, constantly went to Ms. Luan's home to harass her. Officers from the Changhong Police Station broke into Ms. Luan's home at least once, sometimes twice, each month.

Ms. Luan's health began deteriorating from the long-term mental stress. She was eventually paralyzed and bedridden. In the end, she was left helpless. In late November 2008, she died at the age of 61.

Ms. Luan's son Mr. Wu Zhigang works as a plumber. On the morning of February 17, 2009, five officers in plainclothes went to Mr. Wu's home to arrest him, but he was out working. Without showing their identification, the officers pressed Mr. Wu's father for information and ransacked the home.

Mr. Wu's father was eventually taken to the Suburban Police Branch and then the Qianjin Branch. The police subsequently let him go home. When Mr. Wu's father got home, he did not see his son, so he went out looking for him. Five days later, the police sent him a "Notification of Detention," dated February 18, 2009. He found out later that on the afternoon of February 17, 2009, the police had arrested Mr. Wu at his workplace. Mr. Wu was sent to the Jiamusi Detention Center, where he was tortured for one day and one night, according to sources. Mr. Wu's father went to the detention center to see his son and was refused. No one knew where Mr. Wu was being held and how much torture he had suffered.

On February 18, 2009, six officers went to Mr. Wu's home again to search it, and took pictures all over the house. They took away sheets of iron Mr. Wu and his father used in their work as plumbers.

On July 7, 2009, the Xiangyang District Court in Jiamusi City tried Mr. Wu Zhigang, Mr. Yu Yungang, Mr. Fu Yu, and Ms. Liu Xiufang inside the Jiamusi Detention Center. However, the families of these practitioners never received a written judgment. On July 29, 2009, Mr. Fu Yu's mother, who is in her seventies, went to the court and was chased away and threatened. The families learned later that the Xiangyang District Court had sentenced Mr. Yu Yungang to imprisonment for eight years, and Mr. Wu Zhigang to six years, Mr. Fu Yu to five years, and Ms. Liu Xiufang to three years.

In early February 2009, in the name of security for the 24th Winter Universiade, Zhou Yongkang, a senior CCP official, went to Heilongjiang Province to take charge of the persecution. They deployed all police forces, including the Ministry of State Security, the Ministry of Public Security, the Heilongjiang Public Security Bureau, the Jiamusi Public Security Department, the entire public security system in Jiamusi City, and even the police force from other provinces, and launched another wave of persecution of Falun Gong practitioners. They carried out around the clock surveillance on key practitioners. They adopted hoisting by handcuffs, beatings, sleep deprivation, and other methods of torture in their interrogations. They even arrested family members as hostages.

Mr. Yu Yungang, Mr. Fu Yu, Ms. Liu Xiufang and Mr. Wu Zhigang are being persecuted for utilizing a small loudspeaker to expose the persecution of Falun Gong. On March 16, 2009, the Jiamusi Procuratorate issued arrest warrants, and the Jiamusi Public Security Department arrested them the next day. On July 7, 2009, the Xiangyang District Court tried these four practitioners inside the Jiamusi Detention Center. The district court claimed that it was an open hearing, but did not have the trial in court.

Mr. Yu Yungang and Mr. Fu Yu are still on a hunger strike to protest the persecution, and they have become extremely weak. During his arraignment, Mr Fu was brutally beaten by Gao Dongxu, an officer from the Jiamusi Public Security Department, and was not allowed to close his eyes to sleep for five days and five nights consecutively. Mr. Wu Zhigang was tortured for one day and one night. Mr. Yu Yungang was lifted up by his handcuffs and brutally beaten. He was severely injured in the process. According to an eyewitness, Mr. Yu's head was wrapped with heavy bandages during his arraignment.

“Rectifying Myself While Assisting in Fa-Rectification”