Falun Gong practitioners from Queensland were invited to perform at the World Refugee Day Community Festival held at the Annerley Soccer Club Fields in Brisbane on June 22, 2008. 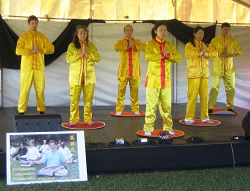 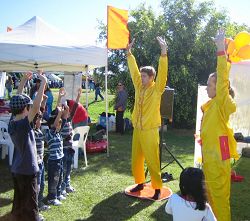 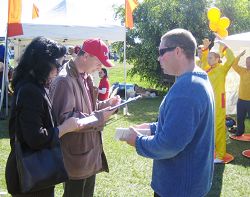 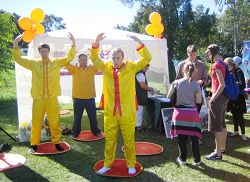 Several Australians said that the persecution is illegal and should be stopped. They encouraged practitioners to keep clarifying the truth and to fight for their freedom.

“Canada: Parade Held in Montreal to Support the 39 Million Withdrawals from the Chinese Communist Party (Photos)”