Holland: Clarifying the Truth to the People of Groningen (Photos) 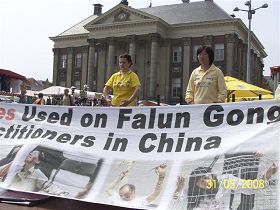 Falun Gong practitioners hold a protest against the CCP's persecution 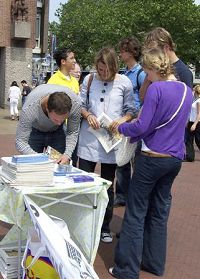