(Clearwisdom.net) Ms. Jing Fei is the director of the Heli Nursery School in Chaoyang City, Liaoning Province. She is also a Falun Gong practitioner.

The arrested practitioners were Ms. Chu Xiumei, Ms. Li Yingxuan, and Ms. Li Yaxuan, who is Ms. Li Yingxuan's sister. Mr. Chen Baofeng, the taxi driver, was arrested at the same time. He was detained and brutally beaten at the Shijiazi Detention Center. On the eighth day, he was transferred to the Wujiawa Detention Center where he died three hours later. 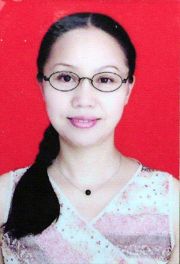 The first time Ms. Jing Fei was imprisoned was July 1999. Like many practitioners at that time, she was arrested in Beijing while appealing for the right to practice Falun Gong. She was taken to the Masanjia Forced Labor Camp in November 1999. After her release from the camp, she was detained at the Wujiawa Detention Center for six months.

While she was at the Masanjia Forced Labor Camp, Ms. Jing was an eyewitness to the torture of Falun Gong practitioners. The torturers were uniformed officers and guards whom she used to teach her kids to call "uncle" (in China, it is polite and affectionate to address an older person outside the family as aunt or uncle). Her heart ached. For the first time in her life, she experienced the Chinese Communist Party's (CCP) cruelty. She was a noble soul who followed Truthfulness-Benevolence-Forbearance and was put into a living hell, while suffering humiliation.

Ms. Jing lost her beloved job in the government-owned nursery school because of her beliefs. But this did not change her love for the children and her professional sensitivities. In 2001, with the support of her husband, Ms. Jing started her own business by opening the Heli Nursery School. As a practitioner, she naturally taught virtue as the foundation of education from the very beginning. She planted the seed of noble moral character in the hearts of the children to establish it as the basis of life, as the children may grow up to be pillars of their society. The curriculum at the nursery emphasizes traditional culture, and the children learn through playing. Teachers and parents both benefit. The school takes responsibility for the next generation.

This good person, who deeply benefited from Truthfulness-Benevolence-Forbearance and practiced cultivation in Falun Dafa, has both virtue and talent and served the community, yet was imprisoned again without a reason by the CCP.

“Rectify Ourselves in Every Thought”