(Clearwisdom.net) On April 4, 2008, the Divine Performing Arts staged its 3rd show at the Sydney Entertainment Center. When the curtain slowly rose, a mighty, heavenly scene was displayed in front of the audience. All kinds of divine beings danced in the colorful clouds. The beautiful and grand performance earned warm applause from the audience.

Manager of the Department of Civic Events and Public Relations of the City Government: The entire show promotes humanity.

Mr. Leighton Farrell, Manager of Sydney Civic Events & Public Relations, and his wife Mrs. Jeanette Farrell, spoke highly of the performance from the Divine Performing Arts. They said that the dancers' graceful movements are really full of divine characters. 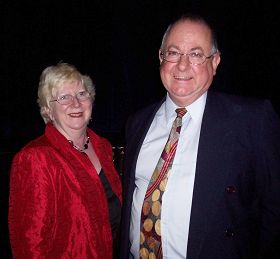 They said, "This is very beautiful. It's really an enjoyable show. It is beautiful, elegant, and delicate. We really liked the show. Each of the programs were very nice to watch. The design looked very good, as well as the costumes and the movement of the dances. The entire show moved me. The divine performing arts truly manifested traditional Chinese characteristics. We also felt that the performance was very elegant and beautiful, especially the dancer's gentle movements which are full of divine characteristics. "

Dance Expert: This show is full of humanity.

Samantha, a dance expert in Sydney, expressed her feelings when the reporter interviewed her; "To me, tonight's show gave me a brand new idea. Traditional western ballet has some formality limitations. The movements in Chinese dancing are full of elegance and are connected with each other very well. The dancers seem to be flying in the sky. Their performance is very new and attractive to us." 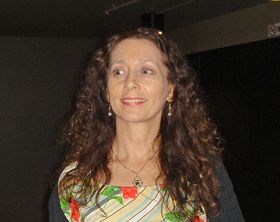 Linda, Samantha's Mom, said, "This kind of performance demonstrating Chinese culture touched a deep part of my heart. All of the dances and songs are full of humanity."

Ms. Penelope Fisher, a Ph.D student who is studying drama said, "The space and time are combined very well. The costumes are very beautiful. The standard of the show is very high. This show is outstanding. I am very happy to see such a performance full of traditional Chinese culture." 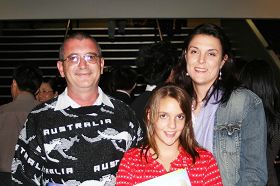 Ms. Penelope Fisher said, "The divine performing arts show let me feel another type of culture which is very noble. I felt a very strong and pure kindness in the theme."

Ms. Fisher said, "It's very rare to see an Asian audience in an Australian theater, but it is different today. I am very happy to see so many people who haven't come to the theater before. It's rare to see so many Asian people. I think it was because they pay more attention to traditional Chinese culture."

She did not previously understand the Chinese human rights conditions. She said, "The program 'The Risen Lotus Flower' talks about three Falun Gong practitioners being persecuted by the police. It's unbelievable that such a thing still happens in present society."

She said the show let her feel another culture, a very noble one. "I felt a very strong and pure kindness in the theme."