Taiwan Showgoer: "I Was Almost Moved to Tears!"

Kaohsiung County Counciler Hsu Hui-yu watched the Divine Performing Arts show with her friend on March 5, 2008. A respected friend had recommended the show to her. She said she was very touched by the song "Truth Alone Sets You Free." 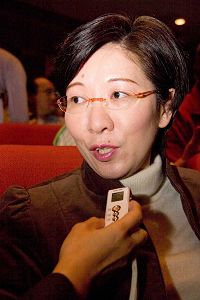 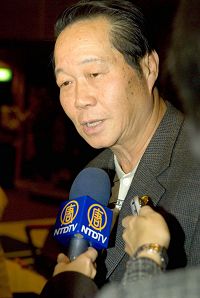 Counciler Hsu said the value of many people nowadays are distorted. The wonderful show by DPA was very educational. She hoped it would be spread more, inspire the goodness of people, and lead them to a realm of truth, compassion and beauty. Her favorite was "The Loyalty of Yue Fei." Great heros like Yue Fei and his mother had been found in history. They were much needed. She was a politician herself, so she had strong feeling about it.

Counciler Hsu hoped politicians would watch the DPA show because they needed faith, which would help them find the right direction at the time of attemptation.

Mr. Kuo Pang-tao, representive of Division of Foreign Affairs, Southern Taiwan Joint Service Center, Executive Yuan, said the show gave him a very happy surprise. "It is great and admirable!...I am impressed with all programs. I was almost moved to tears. I would like to watch it the second and the third time."

“Art Professor: It Isn't Enough To See It Just Once (Photos)”