On the evening of March 4, 2008, the Theatre du Lï¿½man in Geneva, Switzerland was again showing the Divine Performing Arts Chinese Spectacular. Jean-Paul, an insurance executive, said, "I know little about Chinese culture, but I found myself captivated by the costumes and colors, as well as the live orchestra. The women performers were very graceful. Their arms and hands were particularly expressive, very very beautiful." 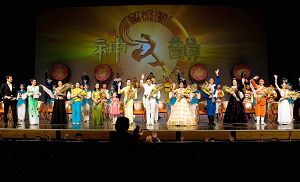 The performers came back for two curtain calls

Jean-Paul said that he enjoyed the legends portrayed in the show, which reminded him of those that he was familiar with since childhood. He also highlighted the parts of the performance about the persecution in China.The lady who accompanied Jean-Paul said, "I think it's very good to put culture, Chinese history, and the persecution that's happening today on one stage. This was an excellent performance. Thank you." 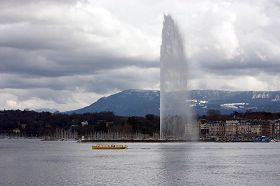 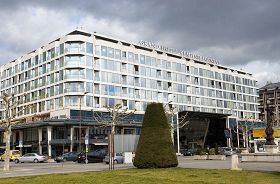 “Paris Business Manager: There is a kind of serenity in the music (Photos)”