Paris Business Manager: There is a kind of serenity in the music (Photos)

Mr. Laurent is a business manager. He and his wife, Catherine, attended the Divine Performing Arts Chinese Spectacular in Paris on March 1, 2008. After the show, he said he was amazed at the perfection of the actors and noted, "There was a kind of serenity in the music that conveyed a real sense of peace." He enjoyed the show enormously and said he benefited a great deal from seeing it. 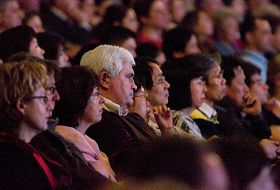 Attracted by an advertisement at a shopping center, Mr. Laurent said it was the first time he had ever seen a Divine Performing Arts show. 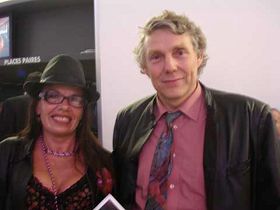 Catherine said the show was full of charm, that the costumes were beautiful and the choreography was excellent. She said, "It was as if we traveled back into China's history."

"I liked all the programs. We appreciated the real value in every dance."

Mr. Laurent said that he liked "Forsythia in Spring" and the skill of the performers in handling the silk handkerchiefs. He also said that "Nymphs of the Sea," "Drummers of the Tang Court," and "Chopstick Zest" were all very creative.