Congresswoman Sheila Jackson Lee of Texas and her family saw the performance of Divine Performing Arts (DPA) International Company in Houston on December 22, 2008. She said that she thought the performance was brilliant and beautiful. 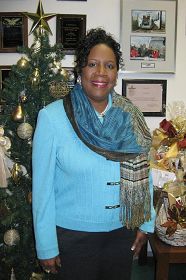 After the show, Congresswoman Lee said that she had enjoyed a great evening. She noticed that other audience members enjoyed it, too.

She expressed her appreciation for the DPA's efforts and contributions and congratulated the company on a successful event. She said, "Everyone in the world should see this show."

She thought the programs were rich, active, and beautiful and that they demonstrated the profound Chinese traditional culture, different ethnic cultures, history, and the current situation of Chinese society and culture, a China many people don't know.

She stressed that she had found it inspiring and educational for its spiritual content, a good thing for families and children.

Impressed with the positive values in the performance

Congresswoman Lee said that she was impressed with the positive values portrayed, including the importance of caring for others. She said the performance tells people to help others, contribute to society, and give back through stories and dancing.

She said she would welcome DPA to Houston again next year as an annual tradition for the city. She hoped that the DPA show could be presented in China someday.

“Florida Show-goer: "Wish the show could go on forever" (Photos)”